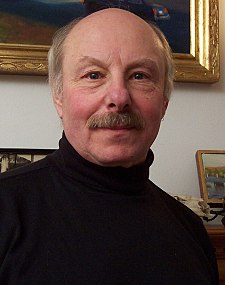 The defining moment last week in America’s ongoing mental health crisis was U Penn swimmer Lia Thomas’s record-setting win in the NCAA women’s 500-yard freestyle championship race. It was celebrated in the sports news as a thing — that is, an alleged feature of reality. Lia Thomas began “transitioning” in 2019 when “she” was a full-grown male human being, otherwise known as a “man,” and was already competing in men’s NCAA swimming events. One thing you can conclude from this is that the board of the NCAA is insane.

It’s not the only institution in our country that has lost its mind. Are you comfortable with that? Outside of certain fairy-tales involving naked emperors, there is but one greater instance of a people being so willingly insulted by falsehood, namely, the still-continuing campaign to “vaccinate” and “boost” the public against Covid-19 with a genetic cocktail that doesn’t work to prevent illness or transmission of disease and has already killed or injured many thousands of people.

Yet, they’re still out there pimping for the vaxxes: Rochelle Walensky of the CDC, Dr. Anthony Fauci, Mary Basset (New York Commissioner of Public Health), and many other officials in other lands. This is a major part of the scripted suicide of the USA, along with the rest of Western Civ. Our government’s own Vaccine Adverse Event Reporting System (VAERS) now lists a total of 24,177 pericarditis and myocarditis cases for all of year 2021, and 11,829 cases for just January and February of 2022. Do you see an ominous trend there? Those are but two deadly conditions linked to the vaxxes; there are over a thousand more.

The deluded people getting boosted now are taking on-board additional toxic spike proteins to the ones they already acquired in the first two shots. Might one predict that quite a few of them will develop a horrifying array of bodily disorders and die or become disabled in the next two years? It might soon even get hard for the Woked-up, vaxxed-up, Trump-maddened “blue” multitudes to ignore the impending mass murder they have been subjected to.

Such an unappetizing prospect might account for America’s reckless poking of the Russian bear over the future of Ukraine, a distraction from the developing picture of national assisted suicide here at home. The prospect of World War Three is apparently more compelling than the emerging information that indicates the US government is killing off its own population, and lying its face off in the process.

“Joe Biden” and company might have prevented Russia’s “operation” there by simply reiterating what NATO itself had declared: that Ukraine would not be invited to join the alliance. But Ukraine has been a special client of the USA since 2014, when we changed-out a pain-in-the-ass government there. Since then, we’ve used Ukraine as an international money laundry, a proxy forward base for NATO, and, apparently, a place removed from the USA to set up bio-weapons labs when our own government called an at-home “moratorium” on gain-of-function research in 2014.

Part of the forward base activity in Ukraine since 2014 was the training and arming of the 600,000-troop Ukrainian army, one of the biggest armed forces in the world, which Russia now feels constrained to disarm and neutralize. How successful Russia might be in that endeavor, with an operational force of about 200,000, is the subject of a propaganda war being waged one level removed from the action on the ground.

The reality, as one might expect from such basic troop numbers, has been an onerous grind for the Russians. American javelin missiles have proven deadly to Russian tanks and armored vehicles. But, contrary to the narrative script of CNN and The New York Times, Russia is hardly “losing” the contest. Russian forces are in the process of kettling up Ukraine’s most potent units, the notorious Azov battalions, along the Donbass line in the east. There are a lot of them. They are surrounded, cut off from their central command, and now given the choice of surrendering or being slaughtered. For the moment, it is Ukraine’s choice.

For the Russians, this is, as they say, an existential matter, something they have faced before and understand the stakes of — think Napoleon and Hitler. The US has shown, at least, an exorbitant will to antagonize Russia using Ukraine. This, too, is yet more insanity. In Mr. Putin’s early years as head-of-state, Russia asked to join NATO, in Russia’s quest to be treated as a normal European nation after overcoming 75 years of Soviet insanity. Request rebuffed.

Twenty years later, and many instances of antagonism in the meantime, Russia had enough. It is doing something America no longer can do: establishing boundaries. Ukraine will not be used as a platform for further antagonisms. Our response: wreck the global economy starting with the international money system, and possibly bring on a world famine by destroying supply lines for fossil fuels and things made from them, such as fertilizer.

Our country is interested only in dissolving boundaries — geographical, as in our boundary with Mexico, behaviorally, as in the boundary between male and female, psychologically, as in the boundary between reality and fantasy, and existentially, as in being alive or dead. And now Russia, at considerable cost, has to literally teach the USA a lesson in the importance of boundaries. They are going to complete their operation in Ukraine and they’ll likely work-around the “sanctions” heaped on them. Their part of the world these days has all the production, a great many valuable commodities, and most of the world’s population.

Signs that Today Is History’s Turning-Point