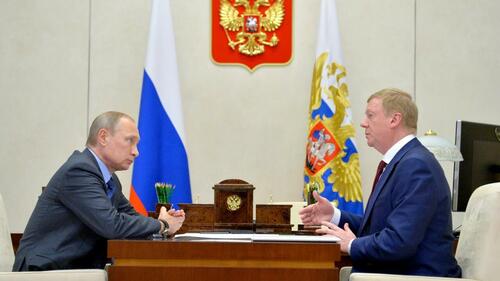 Bloomberg is confirming that Russia has its first high level dissenter who has stepped down from his government post and fled the country in protest over Putin’s war in Ukraine.

“Russian climate envoy Anatoly Chubais has stepped down and left the country, citing his opposition to President Vladimir Putin’s war in Ukraine, according to two people familiar with the situation, becoming the highest-level official to break with the Kremlin over the invasion,” confirms Bloomberg.

The 66-year old Chubais had been named by Putin as envoy for sustainable development in December 2020, and crucially in the 1990’s as one of the key architects of Russia’s privatization era he had a hand in Putin’s rise to power.

As Bloomberg recalls, “Chubais gave Putin his first Kremlin job in the mid-1990s and initially welcomed his rise to power at the end of that decade.” And he remained in Russia’s government serving various roles despite his reformist credentials and close contacts with the West.

So this fresh ‘defection’ in protest over the war is clearly highly symbolic, potentially paving the way for others, after some lower level state-linked public figures have lashed out, angry over the war as well as sanctions which are sowing chaos in the Russian economy.

As The Moscow Times detailed days ago, “Former Kremlin aide and ex-deputy prime minister Arkady Dvorkovich on Friday stepped down as chair of the Skolkovo Foundation after becoming a rare official voice of dissent against Moscow’s military intervention in Ukraine.”

“Arkady Dvorkovich decided to terminate the powers of chairman of the Skolkovo Foundation and focus on the development of educational projects,” Skolkovo confirmed in a Friday statement.

Chubais, Sobchak, Putin.
Chubais now reportedly in Turkey. According to Maksim Tokvailo, both the siloviki and Mishustin had been collecting kompromat on Chubais, but Putin never gave green light as Chubais got Putin his first job in Russia’s Presidential administration in 1997. pic.twitter.com/Eax4KOTxay

And Moscow Times gives the following brief backgrounder on Chubais… the publication calls him “a political veteran largely responsible for the privatization of Russian markets in the 1990s, had led Rusnano since 2011. In 1995-1996, Chubais was the Russian governor of the International Monetary Fund and the International Bank for Reconstruction and Development.” 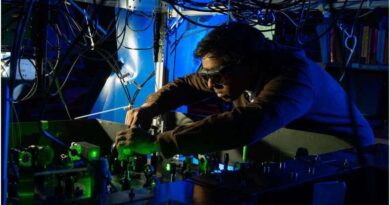 (Reader: Jeff) This Does Not Make me Feel Good