For time immemorial, a virtual state of US war has existed against nations free from its control.

It’s gone on by hot and/or other means.

It’s all about US pursuit of its hegemonic aims.

It has nothing to do with threats against its national security. None exist.

For over 100 years, the US has been at war on Russia by other means.

Moments otherwise during WW II and the neoliberal 90s were short-lived aberrations.

Nations unwilling to sell their soul to a higher power in Washington automatically become enemies of its ruling regimes.

The above reality notably applies to China, Russia and Iran.

In the case of the Islamic Republic, unbending US hostility toward the country with regime change in mind also serves Israeli interests.

Notably it aims for unchallenged regional dominance in cahoots with hegemon USA.

In the case of China, it’s because the nation is on track toward becoming the world’s leading economy.

It already attained that status on a purchase price basis.

It’s because China is the leading Eurasian powerhouse politically, economically and to a growing extent militarily.

In the case of Russia, it’s because of its unmatched resource riches on the world’s largest land mass.

In 1945, the State Department called Middle East energy resources “a stupendous source of strategic power, and one of the greatest material prizes in world history.”

The same reality applies to

Russia’s treasure trove of natural resource riches, what hegemon USA covets to control by whatever it takes to achieve this diabolical aim.

As long as Russian ruling authorities control their country, free from foreign domination, they and their nation will be considered a US enemy.

Since the Obama/Biden regime’s 2014 Maidan coup in Kiev, the country has been used as a dagger against Russia’s heartland — a platform for perpetual war along its borders.

Over 8 years of US-orchestrated and directed war by Ukraine on Donbass has been virtual empire of lies proxy war on Russia by use of its Nazified regulars and conscript forces.

It’s gone on to maintain permanent war along its border with destabilizing Russia in mind.

They’d be no end of it if Moscow failed to act in self-defense.

Nearly 8 years of its good faith diplomatic efforts to resolve things were a colossal waste of time.

A permanent US state of war exists against Russia.

The prospect of resolving differences in pursuit of normalized relations is nil.

Negotiating with Washington or its proxies proves futile whenever undertaken.

Multiple rounds of talks between Russian and Ukrainian teams since Feb. 28 achieved virtually nothing positive.

As ordered by dominant Biden regime hardliners, Kiev remains on a war footing— despite the horrific toll on the nation, its people and military.

Scores of their regulars are surrendering to Russia and Donbass forces.

“(M)ore than half were senior officers of the armed forces of Ukraine.”

“More than 80 mercenaries and (Nazified) nationalists were killed.”

“(H)igh-precision air-launched cruise missiles destroyed an ammunition depot and the headquarters of a mechanized brigade near Selets.”

So were “44 (other Ukrainian) military assets.”

With US development help, Ukraine has stockpiles of banned chemical and biological weapons.

Russian forces are not targeting known or suspected facilities where they’re stored.

“(C)oordinates (of their locations) were obtained by us during the seizure of the combat documentation of the 4th Brigade of the Ukrainian National Guard.”

In response to demeaning remarks by dementia Joe’s double about Vladimir Putin, acceptably calling him a “war criminal…(a) murderous dictator…(a) pure thug,” Russia’s Foreign Ministry quoted him saying that relations with the US are “on the brink of collapse.”

Unexplained was that this status has been the state of things for years.

The ugliness of hegemon USA’s true face was revealed for Russia and world community of nations to see.

It begs the question.

Why hasn’t Moscow severed ties with a nation hell bent for its destruction?

Why hasn’t it abandoned the illusion that over time, normalized relations can be restored?

Why doesn’t it accept that what’s been unattainable for over a century won’t ever be achievable as long as the US is hell bent to control other nations, their resources and populations?

As long as it’s free from US control, a permanent state of war by hot and/or other means will exist against Russia and other nations unwilling to abandon their sovereignty to its will. 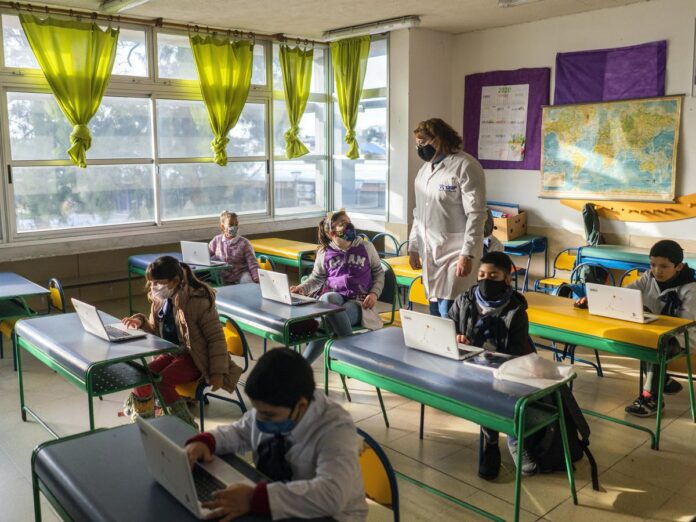 Bombshell: Patrick Byrne Explains How Deep the Deep State Is