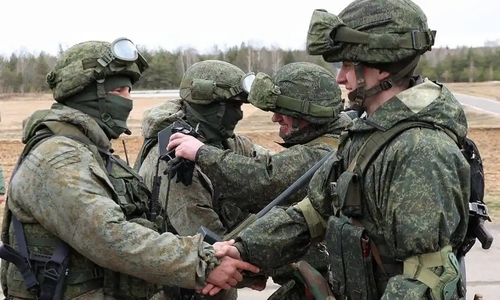 Speculation over just how deeply involved Lukashenko’s Belarus is in Russia’s military operations in Ukraine has been a constant since the war kicked off just under a month ago. After Russia amassed tens of thousands of troops within Belarussian territory for what was dubbed “training exercises” – those same units invaded Ukraine, clearly with the pre-authorization of Lukashenko.

And now CNN reports, based on US and NATO defense officials, that Belarus is expected to “soon” join the war in a formal capacity, sending tanks and troops to assist the Russians, who by many accounts are loosing more troops and equipment than expected at this stage.

The report says there are indicators that Belarus is building up forces in preparation for entering Ukraine, which follows Minsk last month attracting the condemnation of the West after it invited Russia to place nuclear weapons on its territory.

According to some of the unnamed defense officials cited by CNN:

It is increasingly “likely” that Belarus will enter the conflict, a NATO military official said on Monday.

“Putin needs support. Anything would help,” the official explained.

…A senior NATO intelligence official said separately the alliance assesses that the Belarusian government “is preparing the environment to justify a Belarusian offensive against Ukraine.”

The reference to “preparing the environment” seems to echo prior Biden administration allegations of ‘false flag’ preparations, including involving chemical weapons, which have been a constant charge since even before the Feb.24 invasion.

Further, CNN cited “A Belarusian opposition source said that Belarusian combat units are ready to go into Ukraine as soon as the next few days, with thousands of forces prepared to deploy. In this source’s view, this will have less of an impact militarily than it will geopolitically, given the implications of another country joining the war.”

One official was quoted as saying, “Involvement would destabilize Belarus” – but that it’s ultimately what Putin wants, and in view of the ‘Union State’ principles between Moscow and Minsk.

This comes as Russian troop deaths thus far may be as much as 10,000 – according to a now deleted Russian media story.

The Russian Defense Ministry has just reported the staggering figure of 9861 Russians killed & 16,153 injured in Ukraine. That’s 379 dying every day, 1000 a day being taken off the battlefield – or between 1/4-1/3 of their committed combat forces 1/3

Forbes details, “A Russian tabloid newspaper published and subsequently deleted a report claiming nearly 10,000 Russian soldiers had died since the country first invaded Ukraine last month—a far greater number than the 498 deaths acknowledged by the Russian Ministry of Defense almost three weeks ago, and one that more closely aligns with third-party estimates, as Russia remains tight-lipped about its military losses in Ukraine.” 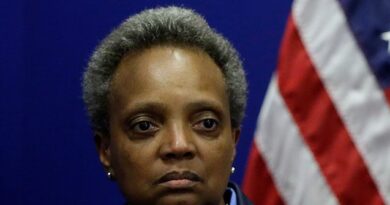 Blinken: We Hit Russia 'Hard' with Sanctions, 'Everything Is in Place' for Full Invasion I Have Reason to Believe Will Happen Today 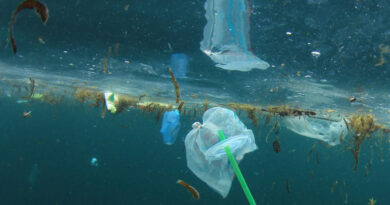