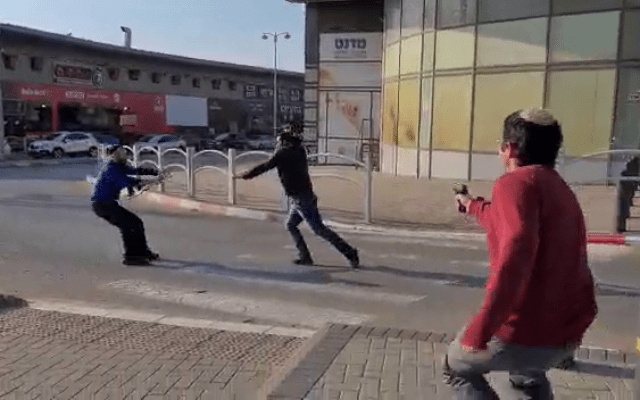 Just after 4:00PM (local time), a Bedouin man, identified as 34 year old Mohammad Ghaleb Abu al-Qi’an, carried out an attack on Israelis near the Beersheba mall, located in the Negev (al-Naqab) region. The attacker reportedly used his car to ram into a number of Israelis, before exiting his vehicle with a knife and stabbing two others. An Israeli bus driver is shown in videos posted on social media to have ran towards the attacker with a gun, before another Israel from behind fired shots into the man, killing him.

According to Israeli analysts, the attack comes as a complete shock to the Israeli security establishment, which anticipated such events in the West Bank and Jerusalem, but not in the Negev. Mohammad Ghaleb Abu al-Qi’an is said to be from the nearby village of Hura, which was raided by Israeli forces following the incident, and holds an Israeli citizenship.

Although it’s hard to tell what the specific motivation for the attack was, at this time, what is clear is that Palestinian political parties are directly connecting the incident to the ongoing escalation between Bedouin’s and Israeli Jews in the area. “The stabbing operation in the occupied city of Beersheba is the response and the only way to sweep the occupation and confront its escalating crimes against our people and our holy sites,” said the Palestinian Resistance Committees in a statement. The Democratic Front for the Liberation of Palestine (DFLP), as well as Palestinian Islamic Jihad (PIJ), also connected the incident to the ongoing Israeli attacks on Bedouin villages and the attempts to displace them from al-Naqab, attempting to settle Israeli Jews on their lands. PIJ spokesperson, Tariq Salmi, said in a press statement that,

“the Beersheba operation comes in the natural context of responding to the crimes of Zionist terrorism in the Negev, and the occupation will realize once again that our people will not surrender.”

Hamas spokesman, Abd al-Latif al-Qanou, also made a statement in which the group praised the attack:

“We salute the executor of the heroic operation in occupied Beersheba, and we affirm that our battle with the occupation is continuing, and the permanent state of engagement will not stop.”

Israeli authorities, according to reports from Haaretz, are saying that the attacker, released from prison in 2019, was formerly imprisoned over “terrorism related charges” for reportedly attempting to recruit members to fight in Syria, some accusing al-Qi’an of being a Daesh supporter.

Regardless of the specifics of the attack, what it does represent is a violent escalation between Bedouin and Jewish Israelis in the Negev region. Such attacks were previously unthinkable. Bedouin citizens of Israel have enlisted in significant numbers to serve in the Israeli military, which is not the case for Palestinian citizens of Israel, and despite facing discrimination, have historically been much friendlier to the Israeli government. However, this relationship between the Bedouin and Jewish communities has changed rapidly in recent years with large scale house demolitions and attempts to settle the Negev with Jewish Israelis.

Member of the Israeli Knesset for the ‘Arab Joint List’, Aida Touma-Suleiman, condemned the attack, but warned that this could lead to a rise in “racist incitement” against Bedouins of the South in general. “This is not the way of the Arab community generally, and in the Negev in particular, in its just struggle against ongoing dispossession and oppression,” Touma-Suleiman said.

Israel’s Deputy Defense Minister, Alon Schuster, urged for there to be calm with the Bedouin communities in the Negev, seeming to fear an escalation leading to an uncontrollable wave of tensions. “We can’t forget that for decades the state messed up badly by discriminating against the Bedouin community. This is when we need to be there,” he stated on the Israeli military radio.

In late December, 2021, Israeli Interior Minister Ayelet Shaked announced the construction of four settlements in the Negev, these were to be part of 12 new settlements planned for the area. The Israeli government plans to settle 2 million Jews in the Negev, actively uprooting the native Bedouin inhabitants from their villages in order to achieve this goal. An average of 2,000 Bedouin homes are also destroyed every year by Israeli forces.

If Israel persists with such policies, tensions will only be further inflamed between Jews and Bedouins. We have also seen many Bedouins embracing their Palestinian identity in the past decade, as they have united with Palestinian citizens of Israel from up north who view their struggle as connected. If Israeli society and its military, police, and intelligence officers respond to the Beersheba attack by collectively punishing the Bedouin communities in the Negev, this could backfire dramatically and only force these communities to further unite with Palestinians from the occupied territories. 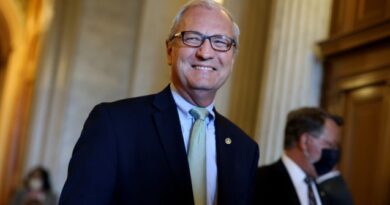 GOP Sen. Cramer: We Should Investigate Russian Ties to Green Groups, Would Be a ‘Fraction’ of the Cost of Mueller Probe

Kiev Tells All Cities Under Siege, Including Mariupol: “There Can Be No Talk Of Any Surrender”