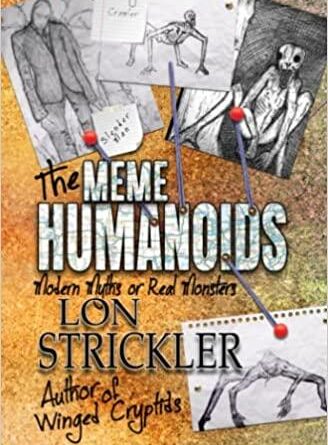 A Michigan man is bowhunting in Jackson County when he starts to become uneasy and nervous. He then hears an ominous bloodcurdling scream coming from the nearby woods.

“Years ago, when I was younger, I was bowhunting a new area in my tree stand. It’s not too secluded, but off the road a bit. The area was in farm country in Jackson County, Michigan. The stand was on the back side of a swamp. I had to cross a stream and walk threw some thick tall grass to get back to it. My stand was on the edge of a small wooded lot with an old fence line about 20 yards in front of me. The deer would use it as a runway and it had a kind of a bottle neck area.

I got back there kind of late, and was only in the stand a few hours. At the end of that day’s hunt it suddenly got really quiet. Too quiet. It also seemed like it started to get darker than usual, but still decent hunting light. There was a damp chill in the air. I remember an eerie fog started to form around the swamp, as I was getting damp and chilled. Overall, it just didn’t seem right. I had an uneasiness creep within me, almost a gripping fear came over me.

Then suddenly, out of nowhere, I heard a bloodcurdling scream come from across the thick swamp growth in front of me. I had never heard anything in the woods like this. I was gripped with fear and thought that it would be a long walk back to the car, so I’d better leave now after hearing that. I started to make my way, and got about 20 feet from the stand. Again, I hear that terrible scream! I’m becoming frightened. I start to pick up the pace and I’m now making all kind of noise myself, tripping and stumbling through the thick swamp grass with my bow and gear.

It was becoming dark, and the screams were now occurring about every 5 minutes. I believe that, whatever it was, this thing was trying to get a fix of my position. It was downwind and it seemed like it was trying to get ahead of me or trying to get between me and the car. The sound was a guttural, almost a cougar-like scream, but more menacing. It was definitely not a cougar or wolf.

I made it to the car and got out of there. Again, I never heard a scream like that in the woods and I hope I never do again! Someone told me that cows make that noise giving birth to calves, but this noise was coming from the side and seemed like it was moving with me. it stayed just ahead of me and was getting closer. After some 30 years of deer hunting, I’ve never heard anything like that in the woods.” A