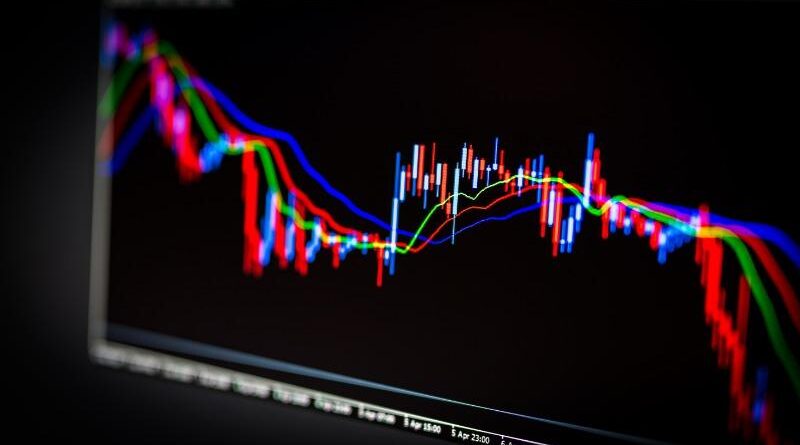 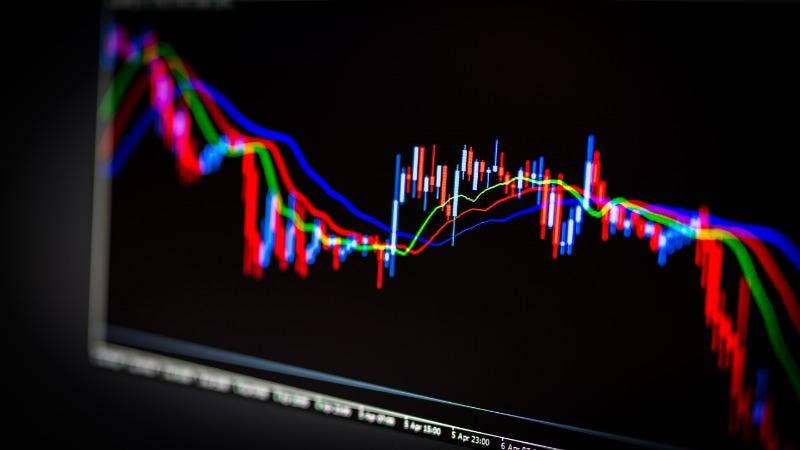 At present, the simplest interest rate analysis states that rates are rising as the Fed finally moves to combat inflation. And maybe Occam’s Razor is correct. But what if there’s more here than meets the eye?

So let’s go in a different direction today. Instead of the usual precious metal discussion, let’s instead look over the horizon and consider a few possibilities that aren’t being fully discussed in the mainstream financial media.

First of all, if you’ve not yet listened to this detailed podcast featuring Grant Williams and Luke Gromen, you should do so at your earliest possible convenience. I’ve known both Grant and Luke for years, and both of them always do a wonderful job of relaying complex information in easily understandable terms. To that end, the monetary impacts of the current geopolitical situation are going to be myriad and long lasting, as Grant and Luke explain here: Podcast Link

As they point out, the game changer in all of this was the US/EU decision, made over the weekend of March 5-6, to exclude Russia from the SWIFT system of international payments and subsequently freeze Russia’s foreign currency reserves. This use of the financial “nuclear option” made it clear to all those perceived to be friends or foes that the U.S. dollar and treasury bonds were now “weapons” in this—and any future—geopolitical crisis.

Now let’s check a chart of the yield on the benchmark U.S. 10-year treasury note in the time since. Heading into the first weekend of March, the yield had been falling slightly. In the days since, a steady selloff in bonds has driven the rate up by 63 basis points or a full 36%, from 1.74% to the current 2.37%.

So what’s going on here? Is this simply inflation pressure and the impact of the Fed finally ending its 2020 QE program? Maybe. That’s certainly what the mainstream financial media is telling you.

But what if that chart above also reveals a steady selling pressure from sovereign holders of U.S. treasuries now that the U.S. has openly displayed a willingness to use its reserve currency status as a weapon? Put it this way…If you’re China or some other country whose long-term interests may not entirely align with what the U.S. likes and wants, would you be willing to continue with the current status quo of holding dollars and treasuries in your foreign currency reserves?

Currently, almost every sell side analyst and economist expects the Fed’s rate hikes to become a “policy error” that eventually inverts the yield curve and leads to recession. Into this recession and drain of liquidity, the Fed will be forced to reverse policy and cut rates by 2023. You can see this in the two charts below. The first shows the current expectation of an inverted curve and negative spread of 33 basis points between the U.S. 2-year and 10-year by this time next March. The second chart shows the difference between this year’s rate hike expectations and next year’s rate cut expectations. 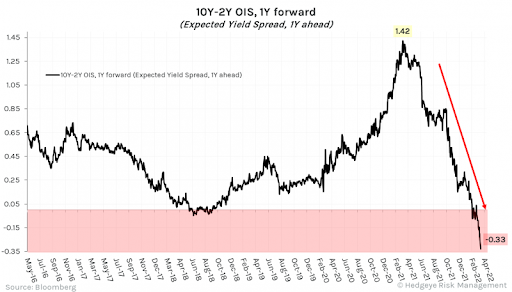 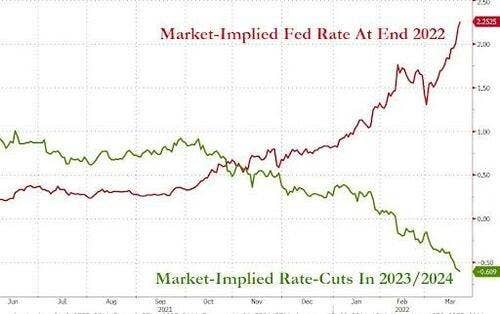 OK, that’s all well and good. But that sort of static analysis doesn’t consider the game theory possibilities of the current geopolitical situation. So let’s consider a different possibility today.

What if, instead, long rates do not stop rising as the U.S. economy slows? What if sovereign selling pressure in the bond market continues and increases in the months ahead. Longer treasury rates are getting very close to a breakout point. What kind of accelerated selling might materialize if the trend shown below is decisively broken?