Host Alex Marlow offers a rare single-issue opening monologue on today’s podcast. He focuses on President Biden’s Supreme Court nominee Judge Ketanji Brown Jackson’s Q&A session before the Senate Judiciary Committee yesterday. Senate Republicans did a relatively effective job of not only making Jackson seem like perhaps the most radical judge to be considered for the highest court in the land but dishonest too. Jackson faired significantly worse than we anticipated. Our first guest, RNC spokesman and erstwhile CNN contributor Paris Dennard, joins the podcast to discuss the latest shakeup at CNN, whether or not he (and more importantly Republican senators) thinks Judge Jackson is worthy of the Supreme Court, and what Republicans are doing to take advantage of the Bidenflation/gas price explosion across the country. Then, the legendary Teeka Tiwari joins us. Teeka is familiar to the audience of the live show, but this is his maiden voyage on the podcast. He’s a financial advisor, blockchain expert, bitcoin advocate, and Breitbart News Daily sponsor. We go to him whenever we have questions about crypto. Go to PickOfTheDecade.com and PalmBeachGroup.com and subscribe to his newsletter. 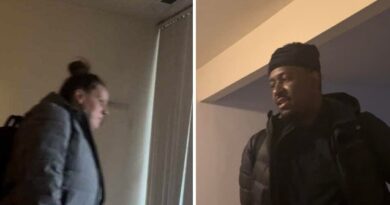 Ivan the 'Terrible' Wasn't Terrible at All – an Oligarch-Busting, Virtuous Hero, Demonized by the West