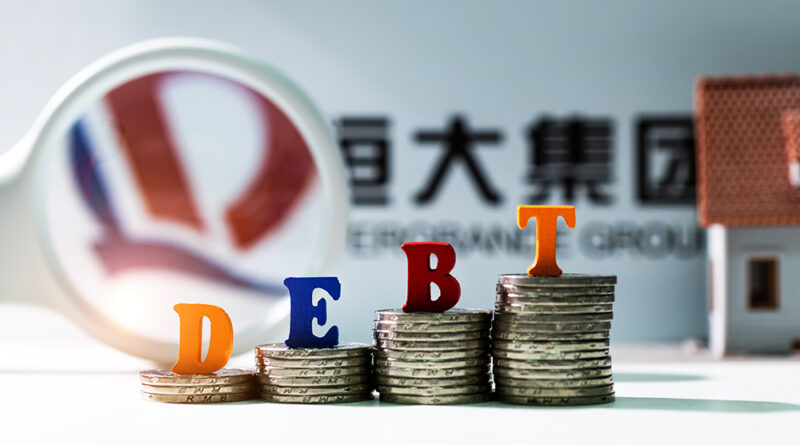 China Evergrande Group has become quite notorious in recent months due to its financial troubles, which could have debilitating effects on the global economy. (Related: On the brink of economic collapse: How China’s fall will affect the world.)

Evergrande first started showing signs of big problems last summer when it ran into severe liquidity issues. By September, the company was missing payments on international bonds. Work on the company’s hundreds of construction projects ground to a halt and it began experiencing trouble raising the funds to pay both workers and creditors.

Right around that time, it also came to light that Evergrande was the most indebted corporation in the world. It had more than 1.97 trillion yuan ($309.5 billion) in liabilities, including more than $20 billion worth of dollar-denominated debt.

Late last year, Evergrande defaulted on its debt, alongside many other large corporations in the Chinese real estate industry. This caused a nationwide liquidity crisis in the property sector, which makes up a significant component of the Chinese economy – as much as 25 percent of the country’s Gross Domestic Product (GDP). The industry drives up economic growth and provides jobs to keep unemployment statistics down.

The effect this crisis has had on the Chinese economy cannot be understated. For January to February of this year, local governments’ revenue from land sales contracted by nearly 30 percent. This is the biggest slump period since early 2015 when comparable data collection began.

At a time when local government units in China are under enormous pressure from the central government in Beijing to bolster economic growth, especially by spending on infrastructure, the figures underscore the massive impact Evergrande’s crisis had on the Chinese economy.

According to an analysis by Goldman Sachs, combined local government income from land sales and property taxes in China may have shrunk by nearly 25 percent in January to February compared to a year ago and versus a 0.4 percent gain in December 2021.

In response to the crisis caused by Evergrande, China has lowered its economic growth expectations for 2022. Beijing unveiled a growth target of 5.5 percent, the lowest in three decades. China’s Ministry of Finance announced it will not expand a pilot property tax program given the current conditions.

One insider who spoke with Financial Times said Evergrande is expected to hold a call with international investors soon to provide them with an update.

Evergrande’s international investors have been frequently left in the dark over the company’s financial status. Many even warned the company that they might take legal action over the lack of engagement.

In January, Evergrande claimed that it would soon unveil a plan to reorganize the company’s portfolio, restructuring everything from its core real estate to its investments in different markets, including electric cars, water bottling and sports.

Evergrande said in January that it would “continue to listen carefully to the opinions and suggestions of the creditors,” and that it would receive help from local authorities in Guangdong province, where the company is based.

The coming report will be assessed by a risk management committee set up by Evergrande at the height of the financial crisis in December. The company also promised to actively engage with creditors regarding whatever restructuring plan it comes up with.

Evergrande was also aided in its restructuring by some of its creditors, who gave it some breathing room on its debt payments. Hengda Real Estate Group, for example, gave Evergrande a 12-month extension until September to collect their coupon payment of four billion yuan ($628.5 million) in bonds, due in full in 2025.

Finally, to continue stimulating the Chinese economy, the company vowed to continue working on at least half of its ongoing projects throughout 2022.

Learn more about the state of the global economy at MarketCrash.news.

Watch this episode of the “Health Ranger Report” as Mike Adams, the Health Ranger, talks about the global consequences of the Evergrande financial crisis.

This video is from the Health Ranger Report channel on Brighteon.com.

While the world’s attention was averted by war in Ukraine, China has entered an economic spiral with tanking stocks, new COVID spread. 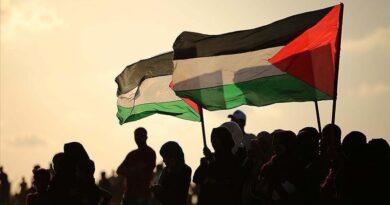 Is Palestinian resistance leading to the Israeli Government’s collapse?

The Mess we are in, and Who’s Behind it