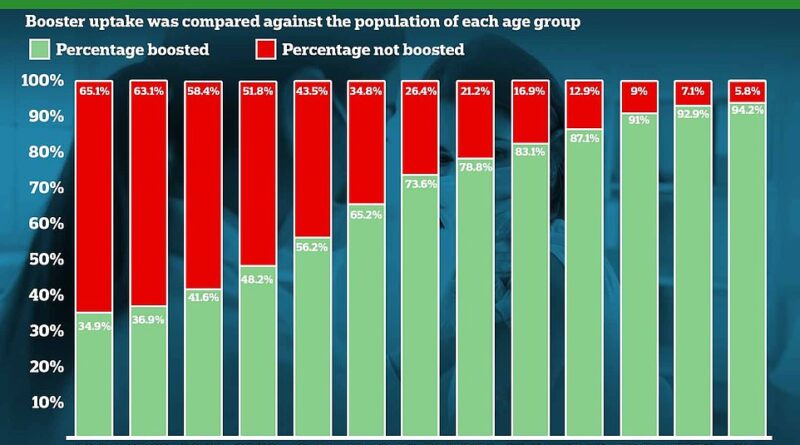 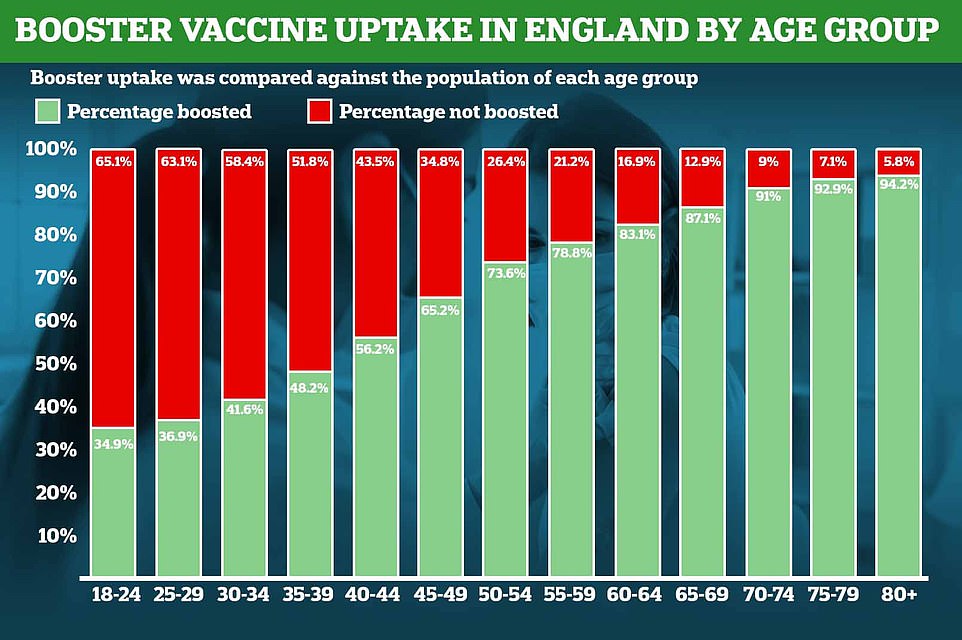 Fifth Covid jabs could be rolled out this autumn, the Health Secretary has suggested in the strongest hint yet that the vaccination programme will be expanded again.

Grilled this morning about whether another booster campaign was in the works, Sajid Javid claimed it was ‘possible… probably for those that are 50 and over’. But he added a ‘final’ decision was yet to be made.

Over-75s, care home residents and patients with weak immune systems will begin receiving invitations for a spring Covid top-up from today, in order to bolster the immunity levels of millions.

If they are offered another jab in the autumn, it will be their fifth. Some immunocompromised adults will have already had five by then.

Mr Javid also revealed No10’s ‘level of concern has not changed’ over the past two weeks, despite the rise in infections and hospitalisations. He said the numbers ‘are still way below their peak’.

He also urged people to treat Covid like any other infectious disease, and ‘behave sensibly’ if they were feeling unwell or experiencing symptoms — including socialising less and staying indoors to avoid spreading the virus. He gave the advice ahead of England ending its free testing offer from next Friday.

Five million Britons became eligible for second boosters today, with the first 600,000 expected to be invited this week.

The move comes after the Joint Committee on Vaccination and Immunisation (JCVI) recommended the spring top-up as a precautionary measure. 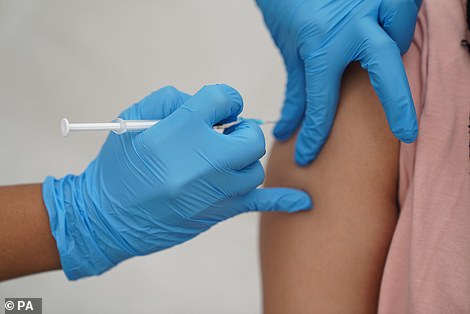 Most vulnerable in society will be able to request their booster from today, government says

It has now been six months since England’s rollout of third shots was launched. Scotland embarked on its top-up campaign more than a week ago.

Experts expressed concern that the current uptick in cases and hospitalisations could be an early sign of waning immunity from boosters, prompting calls for ‘more oomph’ in the programme.

Mr Javid claimed the spring roll-out — which will cover over-75s, care home residents and anyone with weakened immune systems — will ‘top up their protection against this virus and allow them to go about their daily lives with more confidence’. 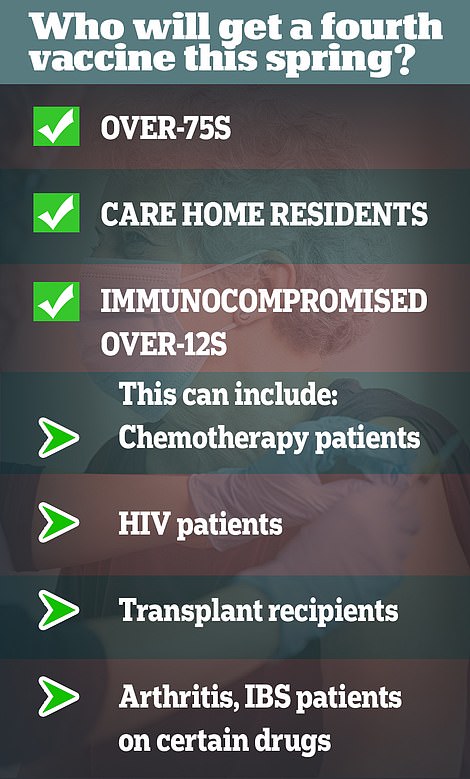 When the plans were first announced, officials claimed that it would mean some severely immunocompromised people who already had four jabs would get a fifth. The group can include blood cancer patients and transplant recipients.

It also raises the prospect that hundreds of thousands could even be offered a sixth dose this autumn, if a third round of boosters are approved.

Ministers have made no secret of plans for an annual Covid jabbing programme, which could cost in the region of £600million. It is expected that Covid vaccines could eventually be rolled out every year in a similar way to the flu jabs. These are already offered to over-50s for free every winter.

SAGE scientists have also backed the strategy, saying it will likely be part of the coronavirus’ gradual transition to becoming endemic.

But other scientists have claimed a never-ending cycle of boosters might not be needed, if the virus continues to become milder over time.

Britain’s Covid cases have been rising for the last two weeks, with the country now recording about 80,000 new infections a day, on average.

Hospitalisations have also been heading up over this period, and are now at a similar level to late January, when the Omicron wave was subsiding.

But half of hospital patients with Covid are thought to be ‘incidental’ cases — those who test positive after being admitted for another reason, or beat the illness only to fall ill with something else.

It may mean the recent rise in hospital admissions is more likely to reflect infection rates in the community, rather than severe illness. 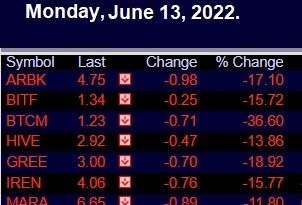