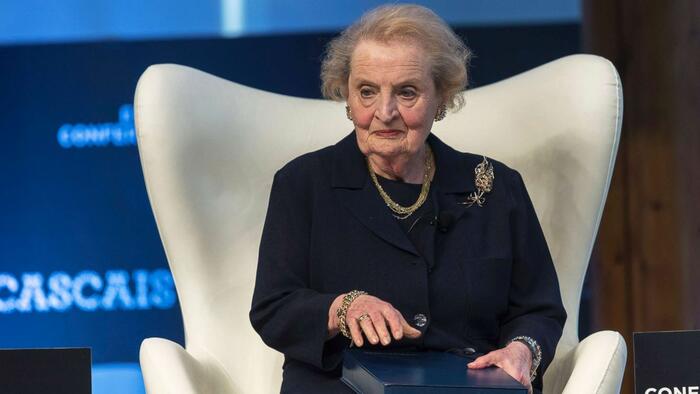 Madeleine Albright, who was the first female Secretary of State under Bill Clinton, has died of cancer Wednesday at the age of 84, her family announced. “She was surrounded by family and friends,” her family said on Twitter. “We have lost a loving mother, grandmother, sister, aunt and friend,” the statement reads, and confirmed that the cause was a battle with cancer.

After being tapped by then President Clinton to be America’s top diplomat starting in 1996, she served for four years. The Associated Press writes, “At the time, she was the highest-ranking woman in the history of U.S. government. She was not in the line of succession for the presidency, however, because she was a native of Czechoslovakia. She was a native of Prague.”

Lauded and praised by establishment foreign policy pundits for her hawkish orientation which tended toward ‘muscular’ US responses to crises abroad, many of her statements attracted immense controversy and outrage, particularly the infamous “price is worth it” response during a 60-Minutes interview on the devastation wrought by US-imposed sanctions on Iraq…

Lesley Stahl on U.S. sanctions against Iraq: We have heard that a half million children have died. I mean, that’s more children than died in Hiroshima. And, you know, is the price worth it?

Secretary of State Madeleine Albright: I think this is a very hard choice, but the price–we think the price is worth it.

The death of 500,000 dead Iraqi children was “a very hard choice, but the price-we think the price is worth it” ~Madeleine Albright pic.twitter.com/gOA3KkZv44

But the AP writes of her years after office: “Albright remained outspoken through the years. After leaving office, she criticized President George W. Bush for using ‘the shock of force’ rather than alliances to foster diplomacy and said Bush had driven away moderate Arab leaders and created potential for a dangerous rift with European allies.”

And NBC recounts, “Then-President Bill Clinton named Albright U.S. ambassador to the United Nations shortly after he was inaugurated in 1993, and nominated her as secretary of state three years later. She was confirmed in 1997 by a vote of 99-0. At the time, she was the highest-ranking woman in the history of the U.S. government.”

And importantly, “Albright served in the post for four years, actively promoting the expansion of NATO and military intervention in Kosovo.”

Younger generations may be familiar with Madeleine Albright because she said there was a “special place in hell” for young woman who refused to support Hillary Clinton and who were willing to vote for Bernie Sanders in the primary instead. (3/x)

In 2012 President Obama had awarded her the Medal of Freedom, which is the highest civilian honor possible bestowed by the president. 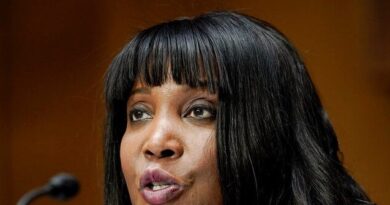 No, US Lend-Lease Did Not Win WWII

Stage Set! The War Is No Longer Silent! It’s Time! Pain! – Must Video