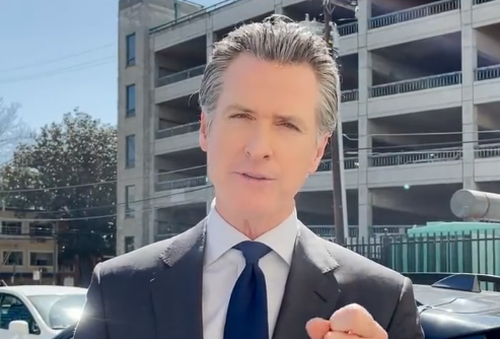 California Governor Gavin Newsom on Wednesday proposed an $11 billion package he says will help residents grapple with the most expensive gasoline in the country – which has soared to a statewide average of $5.98 per gallon.

Included in the proposal would be a $400 tax refund in the form of a debit card – which would only apply to the registered owners of vehicles, and would be capped at a maximum of $800 per person for those who own more than one vehicle.

For those who don’t own cars, Newsom would make rail and mass transit free for three months.

In a Wednesday statement, Newsom blamed the Russian invasion of Ukraine for the soaring prices.

“We’re taking immediate action to get money directly into the pockets of Californians who are facing higher gas prices as a direct result of Putin’s invasion of Ukraine,” said the governor, ignoring both basic economics and the fact that gasoline began climbing in price long before Putin invaded.

Newsom’s proposal would apply to all Californians regardless of income, which could (will) undoubtedly spark a fierce debate among state legislators – some of whom have called for capping the rebates to those with incomes below $250,000, according to the San Francisco Chronicle, which notes that the proposal comes roughly two weeks after Newsom said California needs to break free “once and for all from the grasp of petro-dictators,” whatever that means.

Newsom needs lawmakers’ support to approve the rebate plan as part of the state budget, so the payments could start by July. But that prospective delay sparked sharp criticism from Republicans, who’ve demanded the state provide both a rebate and more immediate relief by suspending the 51 cent per gallon gas tax.

“July? Seriously?” Assembly Republican Leader James Gallagher of Yuba City (Sutter County) said in a statement. “Californians are struggling and Capitol Democrats are dragging their feet. How could it possibly take that long?”

In January, Newsom called for giving residents “a gas tax holiday” by freezing, for one year, the inflationary adjustment to the state’s gas tax, which was set to take effect July 1, saving drivers about $523 million total. -SF Chronicle

Newsom’s Wednesday proposal includes $9 billion for tax refunds, as well as several additional areas of relief, including $750 million granted to rail and transit agencies to provide free transportation for Californians for 90 days.

Not everyone’s so sure.

I voted for you but this is just a no. It’s a waste of tax payer dollars. No one is going to use public transit, we don’t have time for that. Also $400 is a short term solution that helps briefly. We need a long term solution. Go back to the drawing board Governor. 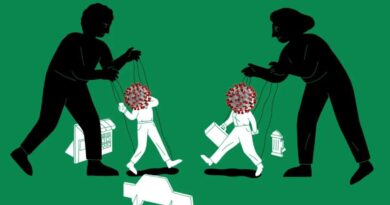