The collective West’s decision to freeze Russian reserves abroad constitutes the bankruptcy of their obligations before Russia, and undermines faith in their currencies, President Vladimir Putin has said.

“In the past weeks, a number of Western countries have taken illegitimate measures on the so-called ‘freezing’ of Russian assets. The collective West has factually drawn a line under the reliability of its currencies, crossed out confidence in these currencies. Both the United States and the European Union have essentially declared a default on their obligations to Russia,” Putin said, speaking at a government meeting on Wednesday.

“In this connection, it’s clear that supplying our goods to the European Union and the United States and receiving payment in dollars, euros and a number of other currencies does not make any sense to us,” Putin added.

“Today, everyone knows what they previously suspected – that obligations held in dollars and euros may not be fulfilled,” the Russian president said.

Putin ordered the Russian Central Bank and the government to work out the means for payments to be made in rubles for Russian natural gas exports by countries designated as ‘unfriendly’ by Moscow, and instructed Gazprom to amend existing contracts accordingly.

“Unlike some of our colleagues, we value our business reputation as a reliable partner and supplier. The changes will only affect the payment currency, which will be changed to Russian rubles,” Putin stressed. “Russia will unquestionably continue to export natural gas in accordance with volumes at prices fixed in contracts concluded earlier,” he added.

Russia exports an estimated $10 billion in gas monthly. The European Union imported $108 billion in energy supplies from Russia in 2021, accounting for about 62 percent of total consumption.

About $300 billion out from the Central Bank’s $640 billion national reserve cushion, which was carefully amassed over the years for a rainy day, including by forgoing spending on various government and social programmes, were frozen in an instant after the US and its allies introduced sanctions on Russia over its military operation in Ukraine.

In a speech in Moscow earlier Wednesday, Russian Foreign Minister Sergei Lavrov characterized the freeze as blatant “theft.” Earlier, the Kremlin suggested that the West’s actions constitute an “economic war” against Russia.

On Monday, Reserve Bank of India governor Shaktikanta Das assured that New Delhi’s assets were safe and “quite diversified,” but said that that the example of the freezing of Russia’s reserves by Western countries “was something which going forward every country will start thinking about.”
On Wednesday, Axios reported that US Treasury secretary Janet Yellen is planning to meet with a group of senators to discuss a bill seeking to lock down $132 billion in Russian gold reserves by sanctioning transactions involving Russia and the precious commodity to eliminate loopholes through which Moscow might convert money into gold.
The freeze on Russia’s reserves abroad has sparked questions among media and politicians about why Russian fiscal authorities made the decision to transfer the country’s hard-earned assets abroad in the first place, with some blaming Siluanov and Central Bank governor Elvira Nabiullina for the fiasco. The Central Bank has not commented on the matter, but observers have explained that some of the reserves were placed in Western banks to collect interest, instead of being held in physical cash, while securities and government bonds were held in those countries where they originated, as is standard practice. 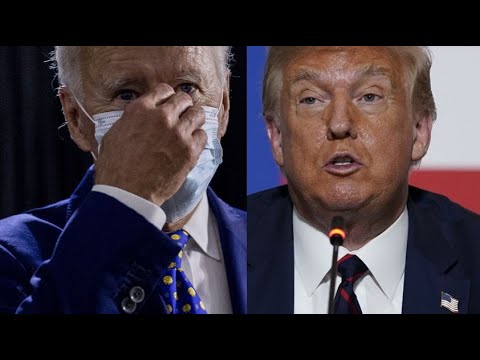 Biden Backs Out Of Presidential Debate Then Blames Trump