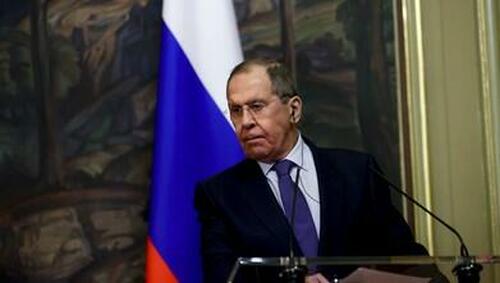 Top Russian officials on Wednesday condemned Poland’s proposal to send NATO “peacekeeping forces” into Ukraine as a “very reckless and extremely dangerous” idea that would risk a full-scale war between the alliance and Moscow.

“This will be the direct clash between the Russian and NATO armed forces that everyone has not only tried to avoid but said should not take place in principle,” Russian Foreign Minister Sergey Lavrov said in remarks to students and staff at the Moscow State Institute of International Relations as Russia’s deadly assault on Ukraine entered its 28th day. Kremlin spokesperson Dmitry Peskov echoed Lavrov’s assessment, telling reporters Wednesday that “the consequences of a possible engagement between our troops and NATO forces are quite clear and they would be hard to mend.”

Russia’s criticism of Poland’s proposal came as U.S. President Joe Biden headed to Brussels to meet with NATO leaders and attend an alliance summit on Thursday, when alliance members will consider the idea of sending “peacekeeping” troops into Ukraine.

Poland has characterized its proposal as a “preliminary concept” that must be fleshed out during NATO’s upcoming summit. Ariel Gold, national co-director of the U.S.-based peace group CodePink, warned that if Poland’s plan is implemented, “it wouldn’t be peacekeeping, it would be WWIII.”

In an appearance on CNN earlier this week, U.S. Ambassador to the United Nations Linda Thomas-Greenfield reiterated that the Biden administration “will not put American troops on the ground in Ukraine.”

“We don’t want to escalate this into a war with the United States,” Thomas-Greenfield added. “But we will support our NATO allies. We have troops, as you know, in NATO countries. And the president has made clear that, if there is an attack on any of our NATO countries, under Article 5, that we will support those countries and defend those countries.” Specifically addressing Poland’s “peacekeeping” proposal, Thomas-Greenfield said that she “can’t preview what decisions will be made at this NATO conference and how NATO will respond to the Polish proposal.”

“What I can say is, American troops will not be on the ground in Ukraine at this moment,” she continued. “The president has been clear on that. And other NATO countries may decide that they want to put troops inside of Ukraine. That will be a decision that they have to make.”

NBC News reported Tuesday that “during his trip to Europe this week, President Joe Biden could announce that the United States plans to permanently maintain an increased number of its troops deployed in NATO countries near Ukraine,” which has received billions of dollars worth of weaponry from the U.S. since Russia invaded last month.

After meeting with Zelensky, Jaroslaw Kaczynski said the force of international troops should “operate on Ukrainian territory.”

On Wednesday, NATO Secretary-General Jens Stoltenberg announced that the alliance is sending four new “battle groups” to eastern members Bulgaria, Hungary, Romania, and Slovakia. “Along with our existing forces in the Baltic countries and Poland, this means that we will have eight multinational NATO battlegroups all along the eastern flank,” Stoltenberg said.

The NATO chief also said he expects alliance members on Thursday to approve the delivery of “equipment to help Ukraine protect against chemical, biological, radiological, and nuclear threats.”

“We are determined to do all we can to support Ukraine,” said Stoltenberg. “But we have a responsibility to ensure that the war does not escalate beyond Ukraine, and become a conflict between NATO and Russia. This would cause even more death and even more destruction.”

Last week, U.S. officials claimed Russia could be planning to use chemical or biological weapons in Ukraine, and Ukrainian officials have accused Russian forces of deploying white phosphorus bombs. Russia has denied possessing chemical weapons and accused Kyiv and Washington of developing—and plotting to use—such weapons in Ukraine, allegations the U.S. has rejected. 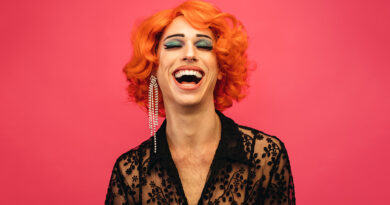 TRANS PRIVILEGE: Coles supermarket in Australia offering all employees who identify as “trans” 10 extra days of paid leave for some reason