After a record-long stock trading halt that was instituted on the last day of February following the Russian invasion of Ukraine, and was meant to shield domestic investors from the impact of tough sanctions over Russia’s invasion of Ukraine, the central bank said that trading in Russian stocks will resume on Thursday, March 24 after nearly a month.

According to the BOR statement, the Moscow Exchange will resume trading in the 33 most liquid Russian equities, including some of the biggest companies such as Gazprom PJSC and Sberbank PJSC, on March 24 between 9:50 a.m. and 2 p.m. local time. A ban on short selling will apply, it said. Local stock trading has been halted from Feb. 28, marking the longest closure in the country’s modern history.

Even with the ban on short selling, local traders and strategists are bracing for a selloff, as international sanctions hit everything from Russia’s ability to access foreign reserves to the SWIFT bank-messaging system. The MOEX Russia Index slumped as much as 45%, the most on record, on the day the invasion started.

As the WSJ notes, the challenge for Moscow is that the resumption of trading could simply send Russian stocks back into free fall. On Feb. 24, the day when President Vladimir Putin began the assault on Ukraine, the main Russian stock index tumbled 33%. While the index regained a fraction of those losses on Feb. 25, its last day of trading, that was before Western sanctions hammered the ruble and sent the country into an economic crisis.

In a sign of what might happen when local stocks trading reopens, European companies with business exposure to the country have lost more than $100 billion in market value since the war risks surged, Russian companies’ global depositary receipts slumped more than 95% before being halted and global index providers removed Russian shares from their indexes.

To limit the fallout, Moscow has turned to some heavy-handed policies. It blocked foreign investors from dumping local stocks—a move that some market participants saw as retaliation for a Western freeze on Russian central bank assets since a big chunk of the Russian market is owned by foreigners.  That has raised concerns that the market will be skewed by the absence of foreign investors, who accounted for nearly half of equities trading volume at the Moscow Exchange in the first half of last year.

Then, on Tuesday, the bourse banned short selling in some of Russia’s biggest companies. Russia plans to deploy up to $10 billion from its sovereign wealth fund to buy up battered local stocks.

Of course, it is certainly probable that none other than the government (or China) will step in aggressively to prop up local stocks. Cristian Maggio, head of portfolio strategy at TD Securities in London, said trading had been suspended for this long to avoid panic selling and a crash in valuations. “When trading resumes, we may see extremely shallow volumes, but it may happen that stocks rebound, possibly even lifted by government-sponsored purchases,” he said.

“There will be an illusion of a working, recovering Russian stock market, even though a huge class of players in the market—foreigners—won’t have the opportunity to sell,” Vladimir Kreyndel, CEO of ETF Consulting, a Moscow firm that advises issuers of exchange-traded funds.

Among the Western investors that held Russian stocks before the freeze were asset-management giants Vanguard Group and Fidelity International. Both firms have said they are reducing exposure to Russia. Due to the freeze, foreign investors won’t have much to do when the stock market reopens.

Eventually, the Russian stock market could ultimately look very different than it did before, with a plan under discussion to split it into separate markets for foreign and local investors, according to a WSJ source.

The plan under consideration by Russian officials—which is still in the discussion stages—would effectively split the country’s securities market in two, with one market for foreigners and another for local investors, the person familiar with the matter said. In this arrangement, foreign investors could sell their shares or bonds, but would face restrictions on moving the proceeds out of Russia because of capital controls that Moscow has imposed since February, the person said.

Such a bifurcated market could result in oddities, such as the same stock having two different prices. That isn’t unprecedented: in China, there have long been discrepancies between shares on mainland exchanges in Shanghai and Shenzhen and those listed in Hong Kong. It could also prevent further erosion of the ruble’s value. Russia’s currency has stabilized in recent sessions to trade near 104 rubles to the dollar, though it remains 22% weaker than before Russia’s invasion.

“The biggest fear is that the central bank is under sanctions and they don’t want foreign investors to sell their shares and take the ruble and buy hard currency,” said Jacob Grapengiesser, head of Eastern Europe at emerging markets fund manager East Capital.

The Moscow Exchange said Monday that it would allow for the settlement of trades that foreign investors had placed before Feb. 28 that were still being processed. Mr. Grapengiesser said his firm had trades still awaiting settlement from the start of the war that he expects to go through soon.

“It’s a natural step before opening the market. You need to take care of those unsettled trades,” he said. “Things are slowly moving forward.”

Watch Live: Powell Explains How The Fed Will Assure A ‘Soft’ Landing 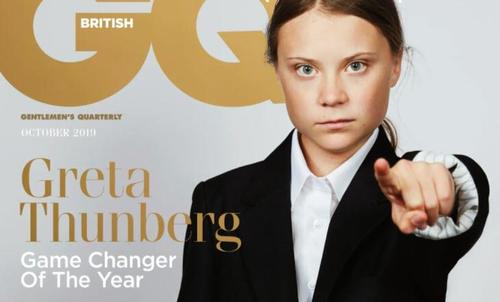 Has ESG Got Overly Woke? 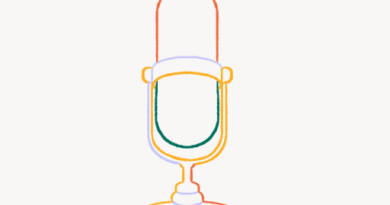