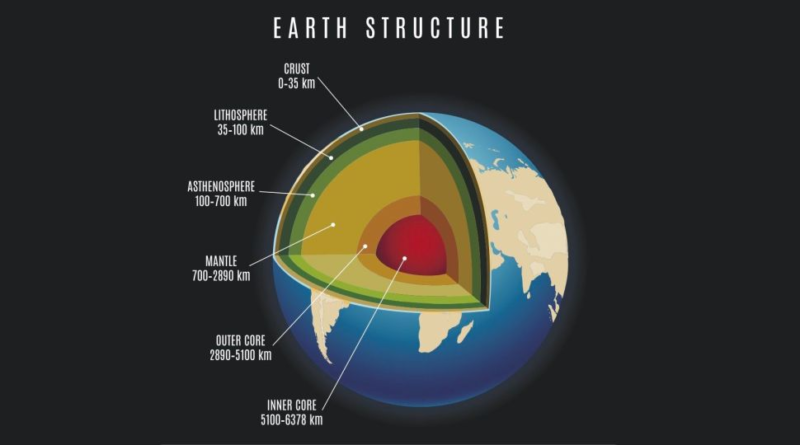 A 3D view of the blob in Earth’s mantle beneath Africa, shown in red, yellow and orange. The cyan represents the core-mantle boundary, blue signifies the surface and transparent gray indicates continents.

A massive blob of material under Africa could be contributing to that continent’s upheaval.

Deep within Earth’s mantle, there are two giant blobs. One sits under Africa, while the other is almost precisely opposite the first, under the Pacific Ocean. But these two blobs are not evenly matched.

New research finds that the blob under Africa extends far closer to the surface — and is more unstable — than the blob under the Pacific. This difference could ultimately help to explain why the crust under Africa has been lifted upward and why the continent has seen so many large supervolcano eruptions over hundreds of millions of years.

“This instability can have a lot of implications for the surface tectonics, and also earthquakes and supervolcanic eruptions,” said Qian Yuan, a graduate associate in geology at Arizona State University (ASU) who led the research.

A pair of blobs

The mantle blobs are properly known as “large low-shear-wave-velocity provinces,” or LLSVPs. This means that when seismic waves generated by earthquakes travel through these deep-mantle zones, the waves slow down. This deceleration indicates that there’s something different about the mantle at this spot, such as density or temperature — or both.

Scientists aren’t sure why the mantle blobs exist. There are two popular hypotheses, Yuan told Live Science. One is that they’re made up of accumulations of crust that have subducted from Earth‘s surface to deep inside the mantle. Another is that they’re the remnants of an ocean of magma that may have existed in the lower mantle during Earth’s early history. As this magma ocean cooled and crystallized, it may have left behind areas that were denser than the rest of the mantle.

Prior studies had hinted that these two blobs may not have been created equal, Yuan said, but none of this research had used global data sets that could easily compare the two. He and his adviser, ASU geodynamics assistant professor Mingming Li, examined 17 global seismic-wave data sets to determine the height of each blob.

Even though the African blob is in Earth’s mantle layer (shown here), far beneath the crust, the structure’s instability may have implications for the planet’s surface.

The researchers then used computer modeling to figure out which features of the blobs could explain these differences. The most important ones, they found, were the density of the blobs themselves and the viscosity of the surrounding mantle. Viscosity refers to the ease with which the mantle rocks can be deformed.

For the African blob to be so much taller than the Pacific blob, it must be far less dense, according to Yuan. “Because it’s less dense, it’s unstable,” he said.

The African blob is still far from Earth’s crust — the mantle is 1,800 miles (2,900 km) thick in total — but this deep structure’s instability may have implications for the planet’s surface. LLSVPs may be a source of hot plumes of mantle material that rise upward. These plumes, in turn, might cause supervolcano eruptions, tectonic upheaval and possibly even continental breakup, Yuan said.

The African blob “is very close to the surface, so there is a possibility that a large mantle plume may rise from the African blob and may lead to more surface rising and earthquakes and supervolcano eruptions,” Yuan said.

These processes occur over many millions of years and have been ongoing in Africa. There does seem to be a connection between the African blob and major eruptions, Yuan said. A 2010 paper published in the journal Nature found that in the past 320 million years, 80% of kimberlites, or huge eruptions of mantle rock that bring diamonds to the surface, have occurred right over the boundary of the African blob.

Yuan and Li published their findings March 10 in the journal Nature Geoscience. They are now working on research into the origins of the blobs. Though those findings have not yet been published in a peer-reviewed journal, the researchers presented the results at the 52nd Lunar and Planetary Science Conference in March 2021; that research suggested that the blobs might be remnants of the planet-size object that slammed into Earth some 4.5 billion years ago, forming the moon. 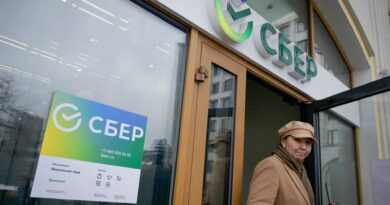 Breitbart Business Daily: The Rumble and the Ruble—How the West’s Sanctions on Russia Strengthen the Ruble and Threaten Globalization

Half Of France’s Nuclear Reactors Are Shutdown Amid Energy Crisis