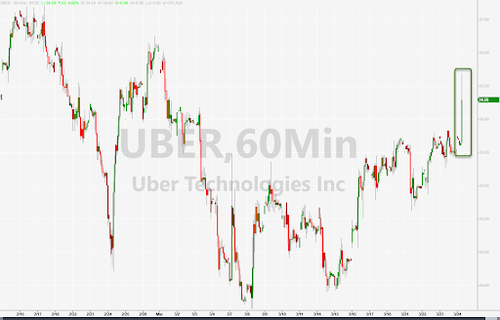 NYC commuters and consumers will likely breath a sigh of relief on Thursday following a report in the WSJ that Uber had reached a landmark deal with local taxi companies to include their drivers on its app, potentially re-routing more business to the city’s long-suffering cabbies, while also alleviating the driver shortage that has recently caused prices on the app to surge.

Uber shares were up more than 5% in premarket trading on the news.

While Uber has brokered more limited deals with cab companies in various cities overseas, and riders in some US cities can use the app to book traditional cabs if individual drivers choose to use its app, the “alliance” with NYC cabbies is the first citywide partnership in the US, according to WSJ.

The deal also represents a peace agreement of sorts after years of fierce economic competition between Uber and the city’s yellow cabs that caused the value of taxi medallions to drop, prompting a handful of driver suicides that made national news a few years back.

As part of the deal,  NYC’s Taxi and Limousine Commission’s technology partners will integrate their taxi-hailing apps’ software with the Uber app. Those apps, which are run by Creative Mobile Technologies and Curb Mobility, are used by the city’s roughly 14,000 taxis.

Passengers will pay roughly the same fare for taxi rides as for Uber X rides, Uber said. But Uber drivers received a minimum time and distance rate set by the TLC. Given the nature of the metered rates set for yellow cabs by the TLC, cab drivers can make less, the same, or more from fares obtained through the Uber app, depending on the nature of the ride. Uber and its taxi “partners” will each receive a cut of individual fares. 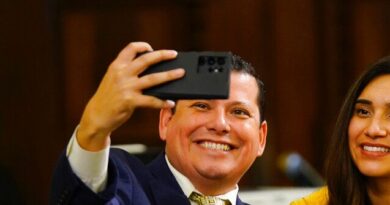 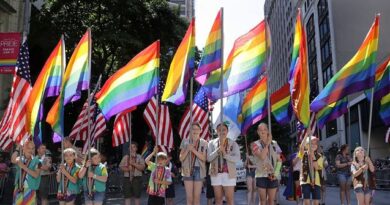