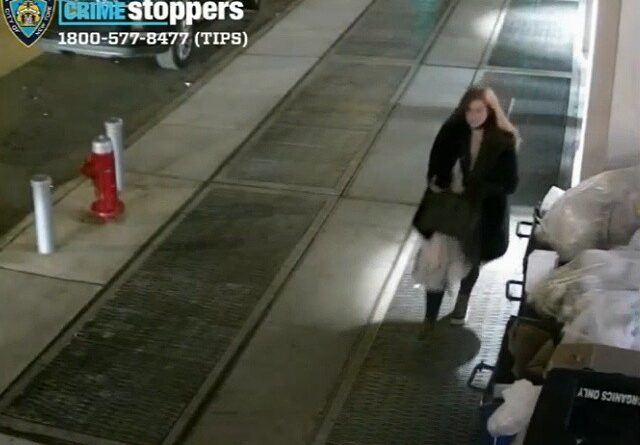 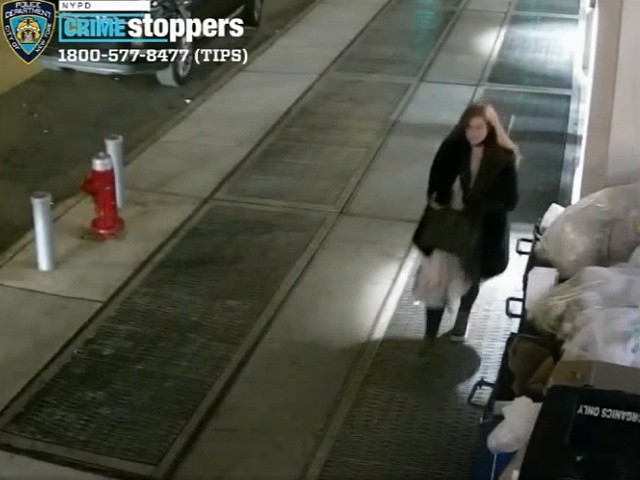 Manhattan prosecutors say the 26-year-old woman accused of shoving 87-year-old voice coach Barbara Maier Gustern to the ground, resulting in her death days later, stayed in the area for half an hour after the crime and watched as an ambulance arrived to tend to her victim.

Lauren Pazienza, 26, surrendered to police Tuesday in connection to the March 10 attack, a day after the New York City Police Department knocked on the door of her parents’ Long Island home, where prosecutors say she had been hiding out, the New York Daily News reported. She is charged with first-degree manslaughter and two counts of second-degree assault, online court records show. If convicted, she could face up to 25 years in prison, WNBC reported.

Pazienza is accused of shoving Gustern to the ground in the vicinity of West 28th and 8th Avenue in Chelsea at around 8:25 p.m., causing the 87-year-old to fall and bang her head against the sidewalk, Breitbart News reported, citing the Daily News. Her friend, Barbara Bleier, told the Daily News that Gustern, who previously coached Debbie Harry — the lead singer of Blondie — had just finished hosting a rehearsal for an upcoming cabaret show when she left for another appointment. Bleier said, moments later, Gustern returned to her building’s lobby covered in blood and said, “I never been hit so hard in my life.” She soon lost consciousness and died days later on March 15.

As the Biden crime wave surges across the nation, an 87-year-old Broadway singing coach has died five days after being pushed over by a woman in an unprovoked attack near a subway station in Manhattan.

Prosecutors said that after the attack, Pazienza deleted her wedding website and other traces of her online presence, WNBC reported. She was set to marry her fiancé, identified by the Daily News as Naveen Pereira, in June. Periera works for Microsoft, Inside Edition reported. Prosecutors said she stopped using her cellphone and ditched it at her aunt’s home to hamper law enforcement’s ability to locate her.

On Saturday, the NYPD received an anonymous tip that she was staying with her parents, and authorities showed up at the Long Island residence on Monday. Prosecutors said her father, identified by the Daily Mail as Daniel Pazienza, refused to answer the door and said “that his daughter was not at home,” according to the Daily News. She hired Arthur Aidala as her lawyer and surrendered the following day. Aidala has previously represented disgraced producer and convicted rapist Harvey Weinstein, former New York City Mayor Rudy Giuliani, and former NFL superstar Lawrence Taylor.

On the night of the attack, Pazienza “crossed the street, approached (Gustern) directly, called her ‘a b–ch’ (and) shoved her as hard as she’s ever been hit,” said Manhattan’s Assistant District Attorney Justin McNabney, per the Daily News. He noted those were Gustern’s words to friends following the attack and that she was “bleeding profusely from the head” before she lost consciousness.

Surveillance video from the corner of West 28th Street and Ninth Avenue minutes after the attack showed a woman matching Pazienza’s description walking in the same direction a witness told police the attacker went.

Additional surveillance footage tracked Pazienza to Penn Station, where police were able to get a clearer image of her, prosecutors said, and two people who know Pazienza identified her as the woman seen there.

Other security video showed Pazienza in and around the area for almost a half-hour after the attack, according to prosecutors. About seven minutes after the shove, she was seen in a physical altercation with a man believed to be her fiancé, prosecutors said. They also allege Pazienza was later seen watching the ambulance as it arrived at the scene to take Gustern to the hospital.

According to prosecutors, detectives said a video shows Pazienza and Pereira entering their building in Astoria about 90 minutes after she allegedly shoved Gustern, WNBC noted. Prosecutors added that she was donning the same outfit as the suspect seen in surveillance footage right after the attack.

Pazienza did not say a word to reporters as detectives perp-walked her out the 10th precinct and into an NYPD vehicle Tuesday, the Daily News said. She hid her face behind her hair while her hands were cuffed behind her back.

Her attorney, Aidala, said the charges were excessive and added that the evidence in the case is unclear, WNBC reported.

He said the evidence on how exactly Gustern fell is not solid and asserted there is no evidence Pazienza watched the aftermath of her alleged crime.

She is being held on a $500,000 bail or a $1 million bond, according to the Daily News. She could be released by Friday, WNBC said.

The Daily News reported that she worked as events coordinator before resigning:

A graduate of the Fashion School of Technology, Pazienza worked as Communications and Events Coordinator in North America for the upscale French furniture and home accessory company Roche Bobois, according to an online profile. In a statement, the company said Pazienza “resigned from her role at Roche Bobois in December 2021,” and declined to make any additional comment.

A fellow tenant in Pazienza’s and Pereira’s high-end building, who is a self-described mental health expert, told the Daily News that Pazienza had caused problems in the building. She noted Pazienza frequently complained to management and had tensions with other tenants.

“I feel sorry for her fiance,” the tenant told the Daily News. “He’s a really nice guy and now everyone wants him out of the building.”

So What's All the Fuss About a 'Russian Banya'?