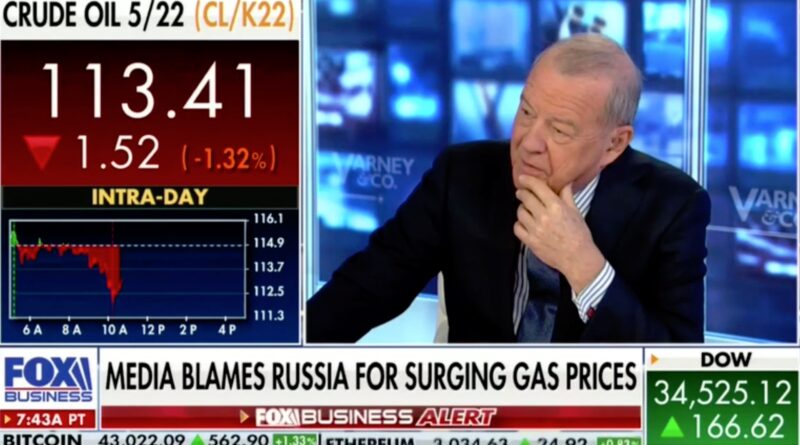 Bozell also highlighted MRC polling of battleground state voters showing that poor reporting on energy policy may have affected the outcome of the 2020 presidential election.

Bozell broke down the new numbers in the study of morning and evening network newscasts over the past month:

We’ve looked at every story on the networks covering the surging, out-of-control gas prices that are killing the average Joe out there since the war began in January – on February 24th.

Bozell then emphasized the impact such slanted coverage can have, even to the point of swinging elections:

Now, what have they done – why is this so important? We took a survey, Stuart, before – right after the 2020 elections. We went into the battleground states, to the seven battleground states, and we asked them a series of questions – of Biden voters – did they know about something, and if they knew, would it have affected their vote?

We asked them about – we asked them, did you know that under the Trump administration America had become energy independent? 50.5% of Biden voters had never heard this.

He pointed out that the poll found “5.8% of Biden’s voters in those battleground states said they would not have voted for him had they known this,” which very well could have changed the outcome of the contest.

Varney followed up: “The Democrats blame gas stations for price gouging, they blame oil companies for profiteering. I bet that’s played heavily in the media, has it?”

Bozell asked a question of his own: “We looked at that one as well. Do you know how much time has been spent by ABC, NBC and CBS combined since January 21st, 2021, on the cancellation of the Keystone pipeline, which would have given us the energy to stop all this?”

After Varney correctly surmised it was “not much,” Bozell revealed the paltry amount of air time Biden’s disastrous decision received: “29 seconds…That’s it.”

What Life Is Like RIGHT NOW During the Ukrainian Invasion

Far From Dying, The Coal Industry Is Booming

Name Your Price for Our Thrifty Christmas Book!