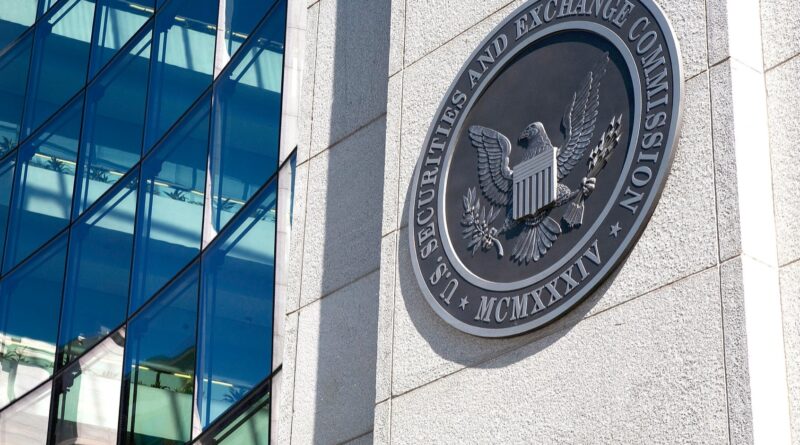 The Securities and Exchange Commission (SEC) voted 3-1 this week to propose new rules by which public companies would be required to disclose additional information related to their greenhouse-gas emissions and the climate risks they may face. [bold, links added]

This is a major move for the agency, which had previously tried to avoid taking sides in politically contentious public-policy debates.

The SEC’s proposal would be difficult, on any reasonable interpretation, to square with the exercise of its normal authority over financial markets, and is yet another troubling example of regulatory mission creep.

It is also a disappointing and alarming development for those who care about property rights and a competitive, growing economy.

It was the departure of Republican commissioner Elad Roisman this January that made this vote an inevitability and left Commissioner Hester Peirce as the sole dissenter to the new proposal.

We could have expected Roisman to oppose the new climate disclosure requirements not only because of his political background in general, but because of his skepticism toward environmental, social, and governance (ESG) investing, in particular. (Recall that in a 2020 speech, he facetiously redefined the movement with a request that “Everybody, Stop Grandstanding.”)

Given Commissioner Peirce’s current position, therefore, we should give special attention to her statement at Monday’s open meeting at which the new proposal was announced and approved.

Her assessment, read during the live webcast of the meeting and published on the SEC’s website, was impassioned and blistering in its opposition. “Many people have awaited this day with eager anticipation,” she began her remarks. “I am not one of them.”

Peirce argued that the new proposal is not needed to cover legitimate climate concerns, misapplies the concept of materiality, will not lead to consistent data reporting, is legally unjustified, and ignores significant compliance costs.

These critiques range from foundational to merely practical but together form a devastating counter-blast to the commission’s most significant rulemaking of the Biden era. The problems Peirce identified are worth considering individually.

The SEC has always required firms to disclose financially material information about their structure, operations, and plans for the future. Something doesn’t — and shouldn’t have to — fall into a topic-specific bucket such as climate to be worthy of such attention.

The SEC has traditionally used a “principles-based” approach to materiality, under which a company’s management draws attention to the risks and opportunities that it considers most important to that particular company.

This allows for, as the SEC’s Walter Hinman described in a 2019 speech, a disclosure regime that “keeps pace with emerging issues . . . without the need for the Commission to continuously add to or update the underlying disclosure rules as new issues arise.”

The new proposals foolishly go in the opposite direction.

Similarly, the concept of materiality itself gets a problematic twist. By introducing specific, prescriptive requirements rather than ones based on general financial principles, the agency is trying to put its thumb on the scale and suggest that anything climate-related should be considered presumptively material.

This is not an honest attempt to protect investors; it is climate activism in finance-regulation drag. The goal is to force firms to disclose information about greenhouse gases and carbon intensity on the assumption that future investors will penalize them because of it.

The one silver lining in this case is that investors — if they are left to make up their own minds — are unlikely to consider “climate exposure” nearly as much of a poison pill as the climate campaigners are hoping.

One of the most-repeated justifications of a federal takeover of climate finance is the idea that current public information is unusable and insufficient, and that only a forcibly harmonized dataset could provide the necessary benefits to market participants.

The response to this is two-fold.

The first, coming from skeptics like Commissioner Peirce, is that the SEC’s current proposal is unlikely to actually create a consistent disclosure regime because firms will have to make so many qualitative assumptions in the process of compiling, analyzing, and reporting that the resulting data will be inherently (and irredeemably) inconsistent. This will almost certainly be the case.

The second is that a single method of measuring and reporting such data isn’t even desirable in the first place.

Even if we consider climate-impact metrics to be important, what markets need to flourish is a dynamic, iterative information-discovery process that rewards accuracy rather than formal compliance.

No government regulatory regime can provide that; only competing voluntary frameworks attempting to prove their value can generate such results. The SEC’s proposal would short-circuit that evolutionary process permanently.

As I wrote earlier this week, if ESG investing were really about creating value for investors rather than mandating progressive policy goals, it should want as much competition as possible to provide high-quality outcomes.

This process is as vital in the creation of “decision-useful” corporate data as it is in the market for any other product or service.

The next issue is perhaps the most important of all: Does the SEC have the authority to do any of this anyway?

The current proposal is a dramatic change to the agency’s standard operating procedure — both skeptics who oppose it and supporters who are praising it as a bold new initiative agree on that.

But the question is whether it goes beyond the agency’s legitimate powers. Former SEC deputy general counsel Andrew Vollmer certainly thinks it does.

In a detailed legal analysis published last August, Vollmer comes down squarely against the legitimacy of the agency’s foray into climate regulation, concluding that “even if climate-change information is material to investors, the SEC does not currently have statutory authority to make rules requiring companies to disclose it.”

Beyond the agency’s statutory justification we should also consider the shaky constitutional grounds on which the proposal stands.

The disclosures that the SEC is suggesting would be a form of compelled speech, and one that is additionally questionable because it goes beyond the traditional expectation that such requirements apply primarily to information that is “purely factual and uncontroversial.”

That is clearly not the case here. Such requirements are especially questionable when the regulation would require a firm to make a statement about itself that is subjective and disparaging.

In National Association of Manufacturers v. SEC, a federal appeals court partially invalidated the Dodd-Frank conflict minerals disclosure requirement on compelled-speech grounds. This precedent would be highly relevant to any eventual legal challenge to the final rule.

Finally, there is the problem of the costs it would impose. The agency naturally considers the likely costs to be reasonable in order to achieve its goals, but they would most certainly not be low. (The text of the proposal admits that “direct costs could potentially be significant.”)

Much of the specialized reporting and audit assurance called for would need to be outsourced to consultants, accountants, and law firms with climate-focused practices.

The world of ESG business services is already salivating over such increased demand stemming from this and similar initiatives.

Big Four accounting powerhouse PwC announced last year that it was planning to hire 100,000 new staff to deal with climate and diversity issues over the next five years alone.

Additionally, the proposed rule acknowledges that the change may result in heightened litigation risk and the revelation of trade secrets.