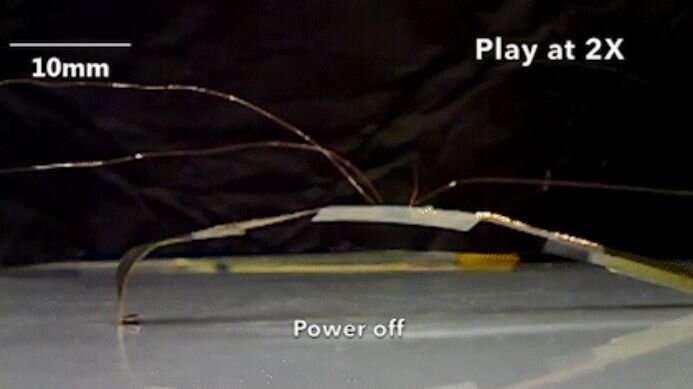 These ancient creatures can squeeze through the tiniest cracks, fit snugly into tight spaces and survive in harsh environments: There aren’t many spaces that are off-limits to an insect.

That’s why researchers at the University of Pittsburgh have created tiny bug-inspired robots that can carry out tasks in hard-to-reach spaces and inhospitable environments.

“These robots could be used to access confined areas for imaging or environmental evaluation, take water samples, or perform structural evaluations,” said Junfeng Gao, who led the work as a Ph.D. student in industrial engineering at the Swanson School of Engineering. “Anywhere you want to access confined places—where a bug could go but a person could not—these machines could be useful.”

For many creatures under a certain size—like trap-jaw ants, mantis shrimp, and fleas—jumping across a surface is more energy-efficient than crawling. Those impulsive movements were replicated in the robots, which are made of a polymeric artificial muscle.

“It’s akin to loading an arrow into a bow and shooting it—the robots latch on to build up energy and then release it in an impulsive burst to spring forward,” explained M. Ravi Shankar, professor of industrial engineering at Pitt whose lab led the research. “Usually, actuation in the artificial muscles we work with is fairly slow. We were drawn to the question, ‘How do we take this artificial muscle and use it to generate a jumping actuation rather than slow actuation?'”The bug-inspired robot designed by M. Ravi Shankar’s Lab.

The answer lay in the interplay of molecular order and geometry.

“The curved composite shape of the polymer muscle allows it to build energy when it is powered. The way the molecules are aligned in the muscle draws inspiration from the natural world, where their combined actuation builds energy into the structure,” said Mohsen Tabrizi, co-author of the study and Ph.D. student in industrial engineering at the Swanson School. “This is accomplished using no more than a few volts of electricity.”

The versatile movement and lightweight structure enables the robots—which are about the size of a cricket—to move along moving surfaces like sand as easily as hard surfaces, and even to hop across water.

Provided by University of Pittsburgh 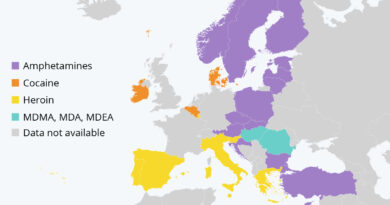 These Are The Most Seized Drugs In Europe

Airlines Canceled Thousands Of US Flights Over Weekend