After sliding relentlessly for much of the past month on expectations that the BOJ will be the “odd” central bank out, refusing to join its developed peers in tightening financial conditions, and the USDJPY rising as high as 122.44 earlier (from 115 three weeks ago), the yen jumped on Friday morning in Japan, after the 10Y JGB crossed a critical resistance level without intervention from Kuroda.

Entering the final trading day of the week, with 10Y JGB yields on the verge of rising above 0.23%, traders were bracing for another massive bond market intervention by the BOJ. As Bloomberg’s Wes Goodman put it, “there’s a good chance the Bank of Japan will buy bonds as soon as Friday to curb the advance in yields. JGB ten-year rates are climbing in tandem with yields globally, rising to 0.23%.”

As shown in the chart below, when JGBs hit that level last month, the central bank responded with one of its an unlimited fixed-rate purchases, in effect putting a hard stop to further declines in JGBs.

As a reminder, as part of its Yield Curve Control, the BOJ capped the maximum yield on the 10Y JGB at 0.25% although it would never let it rise quite as high. And while a move to curb yields may also weaken the yen, already at a six-year low, that shouldn’t deter the BOJ according to Goodman, who notes that “Governor Kuroda said last week that a weak currency should still be seen as positive for the economy, and he repeated his admonition that the BOJ won’t hesitate to add to easing if needed.”

Or perhaps not… because with the 10Y rising as high as 0.24% on Friday morning, the BOJ remains oddly silent so far, which to some traders this suggests that even the BOJ may be willing to risk higher (and perhaps sharply higher) yields to stay in sync with its peers.

Alternatively, had the BOJ intervened, it could have set off a selling cascade in the Yen which could push it into uncontrollable freefall.

And indeed, with 10Y JGBs rising to a level not seen since 2016 moments ago Kuroda hit the tape, suggesting that the central bank is suddenly worried that the yen may in fact fall so far it would never come back:

But what he said next was the punchline:

And so Japan, that paragon of MMT crackpots everywhere, suddenly finds itself trapped in a lose-lose dilemma: intervene in the bond market and spark a furious, potentially destabilizing and uncontrolled plunge in the yen which would also lead to galloping (if not worse) inflation, which could collapse what little faith remains in the BOJ, or do nothing and contain the slump in the yen while risking far higher yields which in a country where the debt is orders of magnitude greater than GDP, could also spell fiscal and monetary doom.

As a result, the market – having long gotten used to amicable interventions from the BOJ – will now surely test one of these two outcomes, and how the BOJ responds could have dramatic consequences for this original MMT test case. Should the BOJ’s reaction spark further erosion of faith in either Japan’s fiscal or monetary policies, the outcome for the world’s most indebted nation would be disastrous. 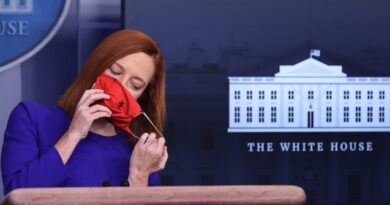