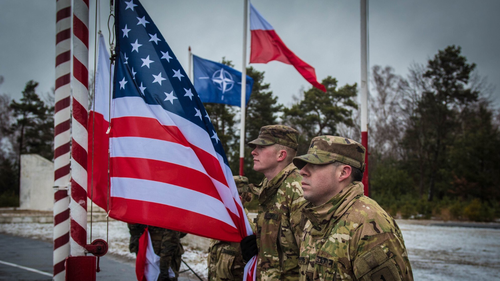 NATO Secretary-General Jens Stoltenberg announced that the military alliance will double the number of battlegroups it has deployed in Eastern Europe. Stoltenberg made the announcement just ahead of the major NATO summit attended by President Biden on Thursday.

“The first step is the deployment of four new NATO battlegroups in Bulgaria, Hungary, Romania, and Slovakia, along with our existing forces in the Baltic countries and Poland,” Stoltenberg said. “This means that we will have eight multinational NATO battlegroups all along the eastern flank, from the Baltic to the Black Sea.”

Stoltenberg didn’t initially detail how many troops would be in the new battlegroups. According to a NATO fact sheet from 2021, there are 4,615 NATO troops spread across the four battlegroups that are currently deployed across Poland, Latvia, Lithuania, and Estonia.

Stoltenberg also hinted that there will be other plans for NATO to bolster its forces in Eastern Europe announced at Thursday’s summit. “I expect leaders will agree to strengthen NATO’s posture in all domains, with major increases in the eastern part of the alliance on land, in the air and at sea,” he said.

Here’s what NATO put out in its statement after Thursday’s emergency summit, which Joe Biden and other world leaders attended:

In response to Russia’s actions, we have activated NATO’s defense plans, deployed elements of the NATO Response Force, and placed 40,000 troops on our eastern flank, along with significant air and naval assets, under direct NATO command supported by Allies’ national deployments. We are also establishing four additional multinational battlegroups in Bulgaria, Hungary, Romania, and Slovakia. We are taking all measures and decisions to ensure the security and defence of all Allies across all domains and with a 360-degree approach.

Over the past few months, the US has deployed tens of thousands of additional troops to Europe and is expected to send more, or at least make the deployments permanent. Sources told NBC News on Tuesday that Biden is expected to announce a plan to permanently maintain an increased number of troops in NATO countries near Ukraine.

The US and NATO military buildup in Eastern Europe is done in the name of deterring Russia. But some of Russian President Vladimir Putin’s primary motivations for the invasion were Ukraine’s alignment with NATO and the Western military alliance’s presence on Russia’s borders. In the lead-up to the attack, Putin sought security guarantees that NATO wouldn’t expand further eastward, but the US didn’t take his concerns seriously. 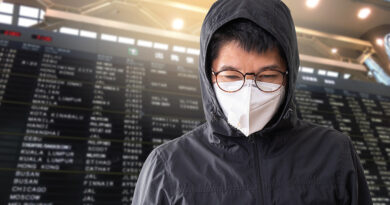 Watch Live: Powell Explains How The Fed Will Assure A ‘Soft’ Landing 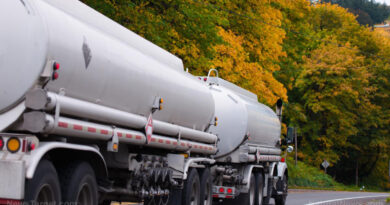