Top Russian military officials have repeatedly declined calls with US military leaders since the attack on Ukraine started on February 24, The Washington Post reported on Wednesday, raising fears of a miscalculation between the two nuclear powers.

Secretary of Defense Lloyd Austin and Chairman of the Joint Chiefs of Staff Gen. Mark Milley have tried to set up calls with Russian Defense Minister Sergei Shoigu and Gen. Valery Gerasimov. But Pentagon spokesman John Kirby said in a statement that the Russian officials “have so far declined to engage.”

The US and Russian militaries have set up a deconfliction line meant to avoid miscalculations, but it is operated by lower-level officials. US officials told the Post that higher-level contacts are needed.

“There is a high risk of escalation without the firebreak of direct contact between the most senior officials,” said James Stavridis, who served as the Supreme Allied Commander at NATO from 2009 to 2013. “Very young people are flying in jets, operating warships, and conducting combat operations in the Ukrainian war. They are not seasoned diplomats, and their actions in the heat of operations can be misunderstood.”

“We must avoid a scenario of NATO and Russia sleepwalking into war because senior leaders can’t pick up a phone and explain to each other what is happening,” he added.

The lack of high-level contact comes as the US and NATO are building up forces in Eastern Europe, stepping up flights in the region, and are pouring weapons into Ukraine via the Polish border. In a message to the Western powers, Russia recently launched a missile strike on a Ukrainian base housing foreign arms and volunteers only 15 miles from the Polish border.

While the Pentagon has been attempting high-level talks with Russia, Secretary of State Antony Blinken, the US’s top diplomat, has not. US officials told the Post that since Russia’s invasion began, Blinken hasn’t even tried to speak with his Russian counterpart, Sergey Lavrov.

The US hasn’t shown an interest in pushing for a diplomatic solution in the conflict and is instead pledging more weapons for the Ukrainians and preparing more sanctions on Russia. 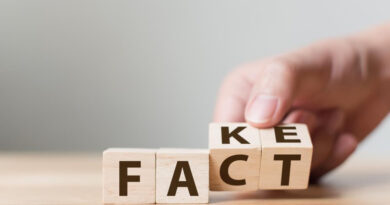 GREENWALD: “Disinformation” label is just camouflage for authoritarian censorship under a new name