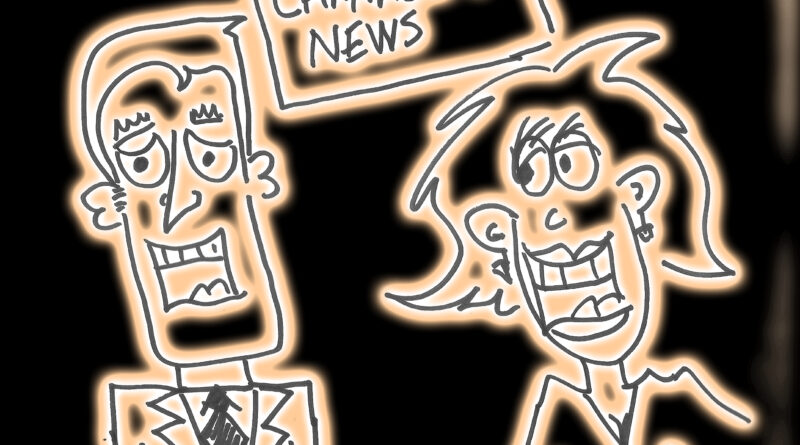 Tonight’s top story… Children… Are they gay enough or do they need to be taught more gay stuff in school Jan?! Never gay enough John.

The good guys aren’t referring to simple math. They aren’t engaging in two plus two. They are using the type of algebraic formula the devil made popular in the 20th century with people like Einstein, to have an answer they want and then to bend, twist and bullsh*t a formula to reach the desired outcome.

Like perhaps, how can we first get rich before we punish pedophiles for r*ping k*ds. Leverage itself being one of the algebraic factors in the formula.

Or, how can me and my friends and my corporation keep everything we got in the 20th century using monopoly and racketeering, and only punish the people in my peer group I never really liked to begin with.

Or, how can my religious collective make all the other religions look crazy and come out as the sane ones.

Or, how can we keep all our fake history books and still have a new world order that condemns some of the lies while eliminating all the big mouths and lower the age of consent for sex to 8, while keeping racketeering.

Or, how can we kill 90% of the population, keep only those who worship Satan, and have very few notice as not to fight back.

Which is what Covid is and was. Here is the pitch at the big psycho meeting. I say we create a disease and a vaccine and a tracking and tracing mechanism to give good worker bees a placebo and big mouths a deadly dose. You can imagine that one as quite real can’t you?
WH Q 17 x BH 90% divided by factor A = factor B =J ( supply chain) x me me me = f*** them.

If things were as simple as the cut and dry law that puts a black teenager in jail for walking out of a minimart without paying for a slurpy… We would live in a world where justice served everyone.

But instead we have cable TV that came in to fool people into thinking the media had an obligation to truth. Oh no, not at all because your service agreement (contract) classifies the media coming into your home as an entertainment based subscription like a magazine. Caveat Emptor, buyer beware. Your news is not news with a moral code; it has the same standards as satire.

That’s why the Simpson’s have an inside track on the inside joke.

Ever since cable TV arrived on the scene so did the George Bush (Talmudic) CIA psyop boondoggle of truth.

It began with making Jimmy Carter look like a clown by Hostage crisis Day 93 and getting Reagan elected, then making Reagan look senile, then Bush taking over and bringing in the Clinton traveling team of crazies and psyop after psyop promoted by Cable TV with no obligation to truth or 4th estate ethics.

News with the morality of the pharmaceutical mafia with the FDA in their pockets approving, selling and slinging crack.

Then of course evil blood ritual for all club members. You attended. You are a witness. You are in. No one leaves. Hotel California. Should have stayed home and watched cable. Curiosity enslaved the cat.

But again, I don’t hit these freaks as hard as I hit so called good guys because demons are just being demons but so called white hats are engaging in a brilliant mind algebra formulas to lip service bad guy crime but leverage their way into some of the same power trips they have always coveted from the rank of subordinates to the brass borg.

How do I get rich before I arrest them? Pretty backwards.

And I just have to say this. JFK Jr. proved he was hip to all this with his GEORGE magazine. Seems to me his stand down to justice can’t be easily explained by, he had to do a 3 decade troll of the public with pulp fiction surreality– Or else blah blah blah.

You can buy that, but I don’t.

Could something this crazy and diabolical be true? Well with elite secret societies and agency powers, yes, sure but how, we saw his head blown up.

Like 911, some of it could have been filmed in advance.

Why make a hairpin turn away from thousands of spectators to only dozens– a controlled setting where actor/agents were ready for the theatrical elements of a planned psyop?

The Zapruder film did not come out for another 8 years. The Walter Cronkite media sold the radio play that day. Mockingbird parroted scripts of, “then he slumped over” out of the mouths of many actor/agents….

One question–like 911– Could movie magic fool the public?

When John Lennon sang, don’t you think the joker laughs at you… Could he be admitting he and other powerful elites were in the big club that we experience via the TV?

Remember the movie The Sting? Redford and Newman make their mark,  Robert Shaw believe they are getting horse race results seconds before everyone else. They do it with a fake set, actor/agents and a plausible execution of audio and ticker tape. The mark’s greed as in, “You can’t cheat an honest man.” is at the heart of all confidence games, and all grifter movies. And grifting is a staple of Hollywood filmfare, a genre that even crosses over to Andy Taylor of Mayberry who tricks everyone from Barney to Otis the town drunk into his rather arrogant hopes of outcomes desired with the help of white lie manipulations and trickery.

What are the chances of these likenesses being this astoundingly similar in both husband and wife? Forget what you think you know for a minute and consider that illusion is the perpetual joke on you that has kept the elite in their power thrones using agencies and media.

Maybe JFK Jr. intends to reveal this as part of his coming out.

Whatever happens I remain resentful to have been a naive mark of elite con men and women for over 60 years. Maybe you like it. Some rape victims do.