Earlier this week, we quoted the heads of some of the world’s biggest independent energy trades, who spoke at the FT Commodities Global Summit in Lausanne, Switzerland and unveiled a dire forecast for the diesel market: “The thing that everybody’s concerned about will be diesel supplies. Europe imports about half of its diesel from Russia and about half of its diesel from the Middle East,” said Russell Hardy, chief of Switzerland-based oil trader Vitol. “That systemic shortfall of diesel is there.”

As a reminder, Russian supplies account for about 15% of Europe’s diesel consumption, according to the FT which carried their comments.

Hardy said the shift to more diesel consumption over gasoline in Europe had helped to create shortages of the fuel. He added that refineries could boost their diesel output in response to higher prices at the expense of other oil-derived products to shore up supply, but warned that rationing was a possibility.

Meanwhile, Torbjorn Tornqvist, co-founder and chair of Geneva-headquartered Gunvor Group said that “Europe is short of diesel” but added that “Diesel is not just a European problem; this is a global problem. It really is.”

Tornqvist also warned that European gas markets were no longer functioning properly as traders faced huge demands from banks for cash to cover hedging positions. “I think it’s broken. It really is,” he said. “I never thought that somebody could say ‘ah, gas has fallen below 100 per megawatt hours is really cheap’.”

Finally, the CEO of Trafigura Jeremy Weir, which has recently fielded billions in margin calls and has warned that commodity trading houses risk imploding absent a central bank bailout, put the final nail in the coffin warning that “the diesel market is extremely tight. It’s going to get tighter and will probably lead into stock outs” referring to when fuel stations run dry.

Since then the European Diesel market has effectively frozen up, as the following chart of the absolutely insane backwardation in European diesel (2M-3M gasoil price spread) shows…

… and on Thursday the shortage finally spilled over – to use the term very loosely – on the street, after Austria’s energy giant OMV announced it was “limiting spot sales of heating oil and diesel until further notice”, Bloomberg reported.

The move, the company explained in an email, was to ensure it can meet contractual supply obligations noting that “as a precaution, the spot business has been limited until further notice.” The company didn’t give specifics on where the limits are in place, however it is safe to safe that soon the limits will hit all of Austria which is exceptionally dependent on Russian oil; to wit, earlier on Thursday, Austrian Chancellor Karl Nehammer said that talk of immediate boycott of Russian energy is both “unrealistic and wrong,” adding that “it doesn’t work. Austria gets 80% of its gas from Russia.”

Underscoring just how bad the European diesel crisis will soon, get, Europe’s scramble for alternatives to Russian diesel flipped New York from a typical import region to an exporter. According to Bloomberg, in a rare reversal of normal trade flows, New York is sending two diesel cargoes to Europe — which relies on Russia for about a third of its diesel needs — even as regional inventories are at multiyear lows and prices hover close to record highs.

The flip-flop is an example of how Russia’s invasion of Ukraine is rattling fuel markets around the globe, even though the U.S. is relatively less exposed to Russian exports. High pump prices in the U.S. have become a liability for President Joe Biden, and the burden is growing for truckers and farmers.

Two tankers, the Falcon Nostos and the Energy Centaur, are carrying more than 700,000 barrels of diesel from New York to Europe, according to Vortexa, Kpler, as well as shipping data compiled by Bloomberg. This is a reversal of recent trade flows, which saw cold-gripped New York Harbor import at least 4.5 million barrels of diesel from Europe and Russia since the start of the year for power generation and home heating.

Diesel exports from the Gulf coast to Europe are also picking up, with around 103,000 barrels a day heading to the continent so far this month, compared with 19,000 in February, Kpler estimates. This trade route is more common, although it has diminished in the last year or two, with Latin America absorbing much of the U.S. export diesel market.

But the flow of U.S. clean products will “redirect toward Europe if European buyers are less willing to lift out of Russia,” said Reid I’anson, senior commodity economist at Kpler.

The transatlantic diesel pull is taking place even as Russian-origin cargoes continue to discharge at European ports. The U.K. has said it will phase out imports of Russian oil, including diesel.

The arbitrage to ship diesel from the U.S. to Europe remains largely shut on paper, traders say. This means cargo movers risk taking a loss, especially considering the sharp backwardation in the European diesel market — a condition where prices for future deliveries are priced below prompt levels.

“It’s all a gamble,” one trader said.

And while diesel has been the hardest hit so far, the shortage is rapidly becoming a “not just diesel issue” as Bank of America explains:

Waiting for gasoline to catch diesel: bullish refiners: Distillate are in short supply on both sides of the Atlantic, setting up the conditions to keep diesel cracks strong near term. While this is bullish on its face, we see a derivative impact on gasoline being overlooked during what is the winter / summer shoulder season for gasoline. The period when refiners liquidate high pressure (butane blended) gasoline feedstock in favor of building summer grade stock, which is less evaporative at higher summer temperatures (higher Reid Vapor Pressure or RVP). This typically coincides with an operating decision to tilt the dials in the refineries back to gasoline to preparation for the seasonal ‘peak’ in demand during the traditional driving season. The problem is the spread between distillate and gasoline today is wide (above $24/bbl, USGC Basis) – so there is no obvious incentive to flexing yields yet. The longer this lasts, seasonal increases in gasoline production would not build. Without a price signal to get busy, we view this as a set up for a bullish structure for both gasoline and distillate into summer.

Translation: it’s just a matter of time before the “stock outs” hit gasoline as well, and earlier today we got an example of just that: 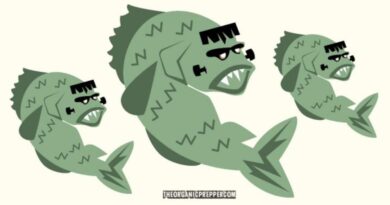 GMOs haven’t gone away. Here’s what’s coming to a grocery store (and town) near you 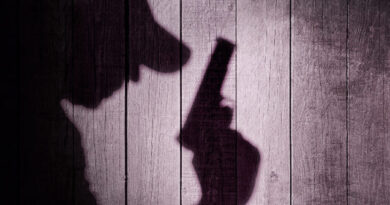