Wo launchers and one transport-loading vehicle of the Tochka-U tactical missile system in an industrial zone on the northern outskirts of Kiev, 8 anti-aircraft missile systems — including six Buk-M1, one S-300 and one Osa combat vehicle — 10 command posts, eight field artillery guns, as well as three artillery reconnaissance stations.

Russian air defenses shot down one Su-24 near Izyum city and 16 UAVs, including three Bayraktar TB-2 near Rozhin, Karashev and Maxim Gorky.

Reportedly under the direction of the Pentagon and CIA, the US-installed Kiev regime spent many months recruiting, training and arming a 300,000-strength military force with waging a blitzkrieg offensive on Donbass to seize the Donetsk and Lugansk Republics by brute force.

Russian intelligence ferreted out the plan and its aims long in advance.

Its special military operation was launched to prevent initiation of the diabolical scheme — believed to be imminent late last month.

Documents found by Russian forces in Donetsk revealed evidence of Ukrainian forces being trained by US and UK military personnel for combat.

On Wednesday, Sergey Lavrov warned that if NATO regimes sent peacekeepers to Ukraine, they’ll be considered enemies of Russia.

US-dominated NATO “should understand what is at stake.”

“This will be a direct clash between the Russian and NATO armed forces, which everyone not only wanted to avoid but said that it should never take place in principle.”

Along with demilitarization and deNazification, Russia wants Ukraine’s neutrality restored to assure that it’ll never become a NATO member state.

Separately at a NATO summit in Brussels, US-installed puppet Stoltenberg said that the war-making alliance will double its force strength in Eastern Europe near Russia’s borders in Bulgaria, Hungary, Romania and Slovakia.

On Feb. 28, a NATO statement said it “enhanced its forward presence” in Estonia, Latvia, Lithuania and Poland.

Its “forward presence” is the alliance’s “biggest reinforcement…in a generation.”

It’s in “response to Russia’s” special military operation to demilitarize and deNazify Ukraine.

In early March, over 20,000 NATO troops were sent to Eastern European countries.

On Wednesday in Brussels, Stoltenberg said the alliance is set to approve a big force strength increase to its eastern flank — with surrounding Russia in mind more than already.

Ukrainian forces are “surrendering (to Russia) not in dozens or hundreds.”

“The count is now in thousands.”

Our Governments Have Signed Our Rights Away to the UN 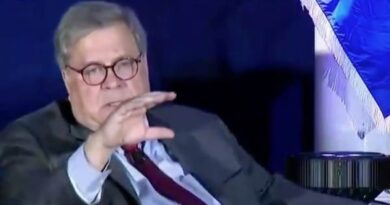