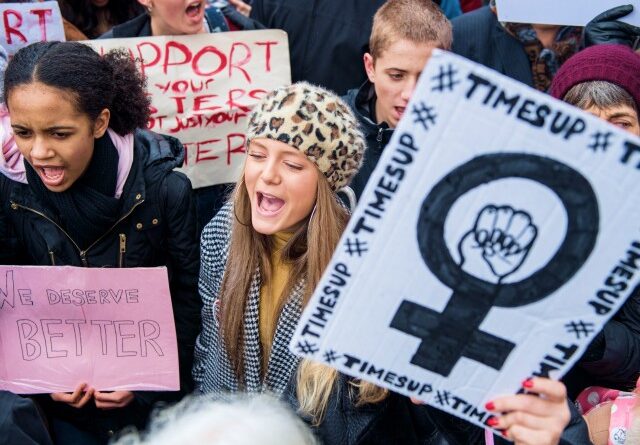 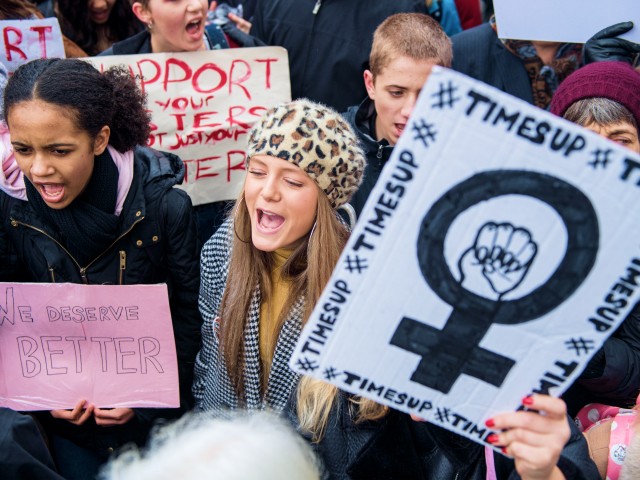 After President Joe Biden’s Supreme Court nominee Ketanji Brown Jackson was unable to define the word “woman” during her confirmation hearing on Tuesday — claiming she is “not a biologist” — USA Today outdid Jackson by arguing that even a “competent biologist” would be unable to “offer a definitive answer either.”

“Scientists, gender law scholars and philosophers of biology said Jackson’s response was commendable, though perhaps misleading,” the author writes. “It’s useful, they say, that Jackson suggested science could help answer Blackburn’s question, but they note that a competent biologist would not be able to offer a definitive answer either.”

“Scientists agree there is no sufficient way to clearly define what makes someone a woman, and with billions of women on the planet, there is much variation,” she added.

“Justices sometimes have to make determinations about who is meant by ‘man’ or ‘woman’ … and they may have to acknowledge the reality that sex and gender are not binary. I think Blackburn would prefer a world in which reality was much simpler.” https://t.co/zqxpALqMCm

The essay quotes Rebecca Jordan-Young, a self-described “feminist scientist” at Barnard College focusing on “gender, sexuality, class, and race,” who describes the complexity of defining a woman.

“There isn’t one single ‘biological’ answer to the definition of a woman,” she says. “There’s not even a singular biological answer to the question of ‘what is a female.’”

Jordan-Young also insisted that there was no need to “engage” Sen. Blackburn’s questioning, accusing the Tennessee senator of not having done enough for women’s rights.

“When Blackburn and the rest of her caucus support women’s full reproductive justice, when they aggressively try to solve the inequality of investment in girls’ and women’s sports – still true 50 years after Title IX made it illegal – when they take meaningful action on the persistent wage discrimination against women, especially women of color, then maybe it will make sense to engage their questions about who can count as a woman,” Jordan-Young said.

The essay also quotes Harvard scholar Sarah Richardson, who focuses on the history of science and “studies of women, gender, and sexuality,” who agrees that science cannot provide a sound answer to what a woman is.

“As is so often the case, science cannot settle what are really social questions,” Richardson says. “In any particular case of sex categorization, whether in law or in science, it is necessary to build a definition of sex particular to context.”

January 21, 2018, in London, England — The Time’s Up Women’s March marks the one-year anniversary of the first Women’s March in London. (Photo by Chris J Ratcliffe/Getty Images)

Juliet Williams, a professor of gender studies at UCLA, is also quoted as insisting that what a “woman” is has been politically contested for ages while noting the “longstanding view of white supremacy” was responsible for having “denied recognition as women to Black women and women of color” in the past.

“Lots of people are assigned male at birth, have higher testosterone levels … and could never make a Division I swimming team,” Mason said.

“Why do we attribute her current success to her assigned sex, rather than to her long record as an elite swimmer?” she asked.

“I do think that judges and justices sometimes have to make determinations about who is meant by ‘man’ or ‘woman’ in written statutes – and they may have to acknowledge the reality that sex and gender are not binary,” she said. “I think Blackburn would prefer a world in which reality was much simpler.”

The essay comes on the heels of Tennessee Sen. Marsha Blackburn (R-TN) asking Jackson if she could provide a definition for the word “woman” in light of recent national debate regarding transgender athletes and men who compete in women’s sports.

Jackson, who was nominated by Biden because she is a black woman, could not answer Blackburn’s question.

Blackburn asked, “Can you provide a definition for the word woman?”

“Can I provide a definition? No, I can’t,” Jackson replied.

“You can’t?” Blackburn again asked. “Not in this context, I’m not a biologist,” Jackson said.

Border Patrol Agent Killed Texas Shooter After Rushing In With No Backup; What We Know About The Suspect 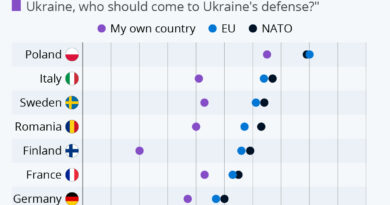 EU As A Line Of Defense For Ukraine?