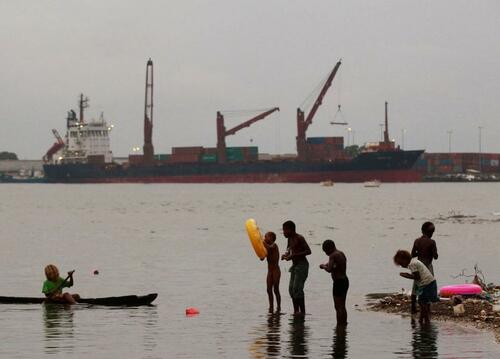 Weeks after China’s foreign minister cautioned the US against trying to form a “Pacific NATO” – a veiled reference to the growing national security orientation of “the Quad” (a security and economic cooperation alliance involving the US, Australia, India and Japan) – Beijing has reportedly reached a deal with the Solomon Islands to station Chinese military and police personnel on the island, dramatically altering the balance of military power in the Pacific, and potentially re-orienting the small island nation toward Beijing, and away from Washington and Canberra.

The FT broke the news, citing a draft agreement outlining the terms for China’s latest military outpost in the Pacific. At least two sources with “direct knowledge of the document” confirmed its details to the FT.

Initial stirrings of what would become a broader security pact were first seen last year when China sent 10 police officers to the island nation to help quell unrest in the capital, Honiara. The Solomon Islands switched its diplomatic ties from Taiwan to Beijing in 2019, which reportedly contributed to “discontent” that led to riots in the capital, Reuters reported.

One Australian security analyst slammed the deal as an example of “Belt and Road colonialism”.

Meanwhile, Reuters cited a senior Solomon Islands official who said that the deal covered “policing”, and that a wider security and military arrangement was in the works. The country’s cabinet must approve the deal, and any future deals, for them to be ratified.

“We have a broad security treaty with Australia and policing cooperation. If there is anything with the PRC it will be just the same,” she said, referring to China.

“Any other arrangement on broad security would be just the same as the Australian agreement,” she told Reuters in a telephone interview, giving the first public confirmation of the broader security talks.

“It will have to go to Cabinet,” she said.

The security deal was apparently signed late last week, according to another Solomon Islands official.

Anthony Veke, minister for police in the Solomon Islands, said in a statement on Thursday that he had signed a memorandum of understanding (MOU) with Wang Xiaohong, executive vice minister of China’s Ministry of Public Security, on policing cooperation in a virtual meeting on March 18.

“The signing of this MOU simply shows to the global community that we are here building meaningful cooperation, one that is based on teamwork and seriousness to develop Solomon Islands,” Veke said.

Of course, geopolitics is a zero-sum game. Any advance in security in military cooperation between the PRC and the Solomon Islands will place it closer to Beijing’s sphere of influence, and further away from the West. Perhaps this is why Washington has reportedly been “alarmed” by the deal. 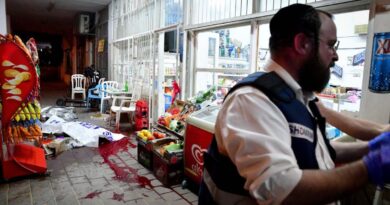 Third attack inside Israel in seven days, why are Palestinians taking up arms?