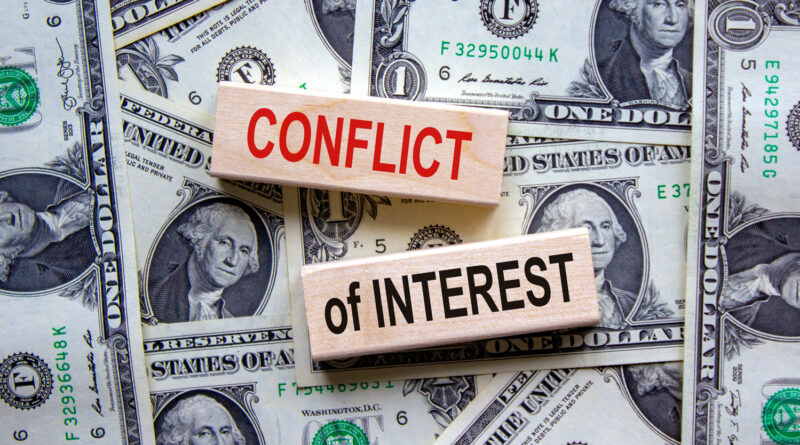 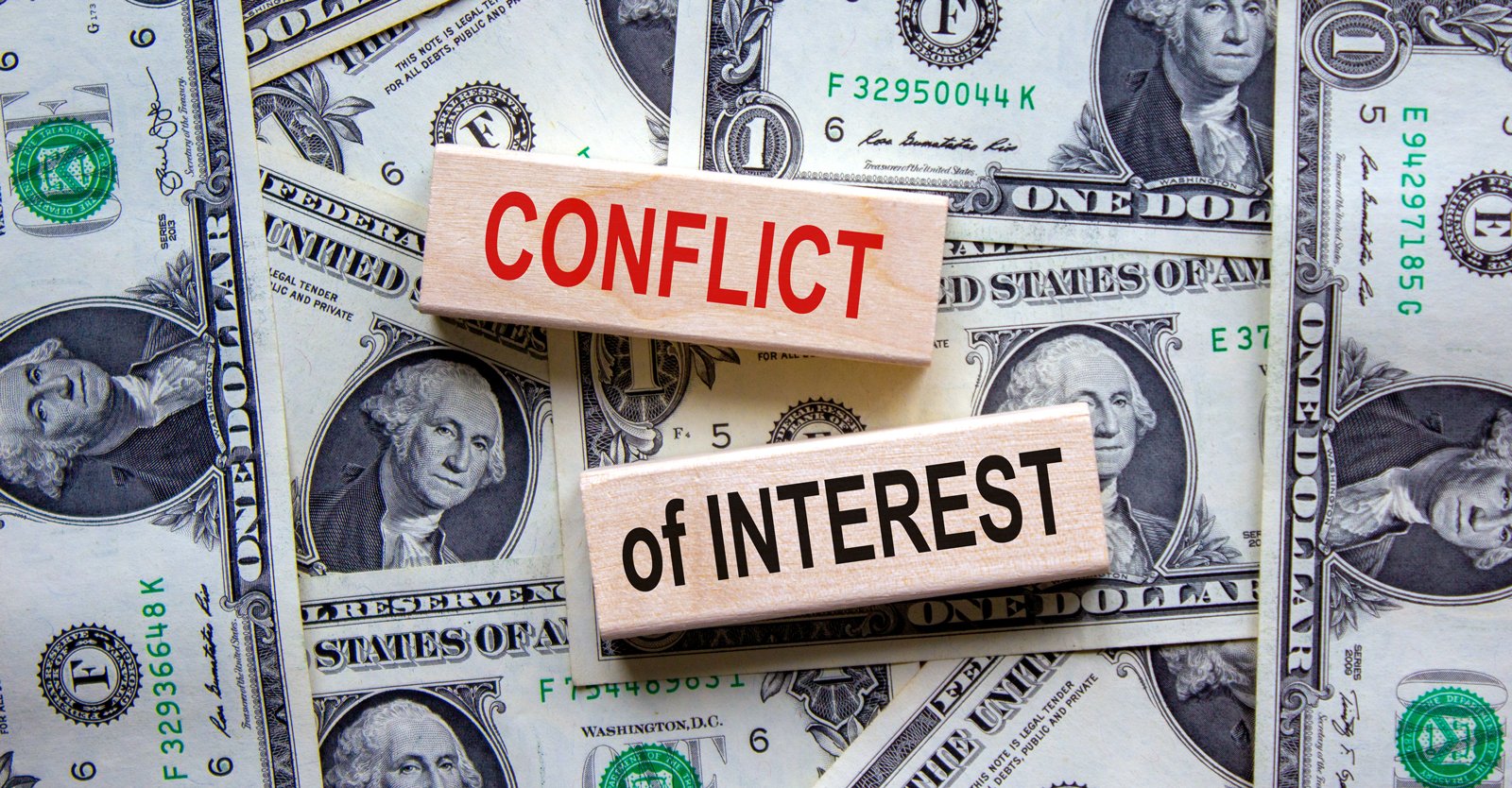 Describing their findings as “particularly worrisome,” the authors of a study published Monday in Public Health Nutrition noted that in the U.S., the Dietary Guidelines for Americans form “the foundation for all national nutrition programs,” which amount to nearly $100 billion annually.

A study released Monday found 95% — 19 of the 20 members — of the U.S. government-run committee responsible for establishing dietary guidelines for Americans have one or more conflicts of interest (COIs) with industry actors in Big Food, Big Ag and Big Pharma.

According to the study, 129 industry actors had relationships with the 20 DGAC members, based on the COI disclosures submitted by the members of the committee.

Describing their findings as “particularly worrisome,” the authors of the study explained why this is a matter of public concern, noting that in the U.S., the Dietary Guidelines for Americans form “the foundation for all national nutrition programs,” which amount to nearly $100 billion annually.

The DGA also offers guidance to state and local governments, as well as healthcare professionals, hospitals, and community groups, among others, as “overarching dietary recommendations.”

“Trustworthy dietary guidelines result from a transparent, objective, and science-based, process. Our analysis has shown that the significant and widespread COI on the committee prevent the DGA from achieving the recommended standard for transparency without mechanisms in place to make this information publicly available.

“Our findings here are particularly worrisome, as industry influence and COI can result in diverting the scientific process underpinning the U.S. national dietary guidelines, to one that is responsive to profit-driven interests rather than the public health.”

The study appeared in Public Health Nutrition, published by Cambridge University Press on behalf of The Nutrition Society, a UK-based nonprofit whose mission is to advance the scientific study of nutrition.

The DGAC’s latest report, issued in July 2020, led to the publication in December 2020 of the ninth version of the Dietary Guidelines for Americans.

In an example of the depth and extent of the conflicts of interest identified, the authors of the study highlighted examples such as the following, involving food and nutritional products produced for infants and young children:

“[T]he Pregnancy and Lactation Subcommittee of the DGAC had six members, four of whom, or two thirds, had COI involving manufacturers of breastmilk substitutes: SD, RK, KD, JS [referring to DGAC committee members] all had instances of COI with Mead Johnson, and SD had COI with Wyeth and Abbot [sic].

“The Birth to Age 24 Months Subcommittee, which also addressed infant and young child nutrition, had four of its six members having COI involving manufacturers of breastmilk substitutes: SD, RK, KD also served on the Pregnancy and Lactation Subcommittee, with the same COI mentioned above; and TD had at least one COI with Abbott.

“There is evidence that those companies producing breastmilk substitutes regularly use science and try to influence policy in order to protect and promote the sales of their products, and their relationships with DGAC members may have had a direct impact on the work of those members.”

“Our analysis found that 95% of the committee members had COI [conflicts of interest] with the food, and/or pharmaceutical industries and that particular actors, including Kellogg, Abbott, Kraft, Mead Johnson, General Mills, Dannon, and the International Life Sciences [Institute or ILSI] had connections with multiple members.

“Research funding and membership of an advisory/executive board jointly accounted for more than 60% of the total number of COI documented.

“We observed the existence of extensive, varied and long-standing relationships between some DGAC members and industry actors whose products are directly affected by the DGAC report ́s recommendations as well as the DGA themselves.

“[W]e can observe that Kellogg, Abbott, Kraft, Mead Johnson, ILSI, General Mills and Dannon are well-positioned to advance their interests within the DGAC given the existence of relationships (in some cases long-held) with several DGAC members.

“The most prevalent type of COI was research funding, followed by DGAC members being on a board/committee in a company, and consultant positions. Some industry actors, such as Mead Johnson, General Mills and Kellogg’s and the industry-funded organization, ILSI, have interacted with an extensive number of DGAC members.

“Conversely, other industry actors have prolonged relationships with only a handful of DGAC members. Amongst the top 15 industry actors by overall number of COI are ILSI and three trade associations or programs funded by them (California Walnut Commission, Almond Board of California and Beef Checkoff). Each of these actors has diverse means and ends to potentially influence scientific research and the DGA process.”

The apparent conflicts of interest also extend beyond the committee members themselves, as noted in the study:

“The use of what is called a ‘revolving door’ might also be problematic, with for example the Secretary of Agriculture, who spent much of his career in the agribusiness sector, having the ultimate say over the final content of the guidelines.

“In both cases, there seems to be an interplay between the strategic interests of industry actors, the professional interests of the researcher and, ultimately, the scientific work produced by the former.”

The study’s authors identified a possible “strategy by corporations to develop relationships that maximize their impact on science and policy,” and stated:

“DGAC members appear to disclose relationships each with a different group of industry actors, which are largely a reflection of how their own research speaks to a different industry sector, albeit most of them exhibit ties to corporations both in the food and pharmaceutical sectors.”

A fundamental lack of transparency?

While the report states that it provides “brief biographical information for each member of the 2020 Dietary Guidelines Advisory Committee as it relates to the Committee’s scope and charge,” none of the information provided appears to provide any indication of the conflicts of interest for any of the committee members.

This is of particular significance in light of the study’s finding that 95% of the committee members had at least one conflict of interest.

Another committee member, Richard Mattes, had 33 connections to industry actors, in addition to 65 COIs.

The authors of the study further noted the above figures may, in fact, understate the extent to which conflicts of interest actually exist, due to the criteria and time frame involved in the above determinations:

“Nonetheless, given that our method is also prone to underreporting, these percentages illustrate what are effectively the two main pillars underpinning long-term relationships between scientific experts and industry actors: (1) funding for research projects and (2) advisory roles in corporate boards.

“The current process for assessing COI, based on annually self-reported disclosures, does not capture the long-standing relationships between the DGAC and industry actors that we identified here.

“A ‘COI timespan’ of at least three-to-five years is normal, although our paper demonstrates that a longer timespan would be beneficial to understanding the breadth and depth of an expert’s long-term relationships with industry.

“Moreover, to be as thorough as possible, COI declarations should include past positions, revolving door situations, and COI involving third parties, such as industry front groups (e.g., ILSI).”

The study’s authors also questioned the transparency with which the members of the DGAC were selected in the first place, noting that the process was less than fully public: 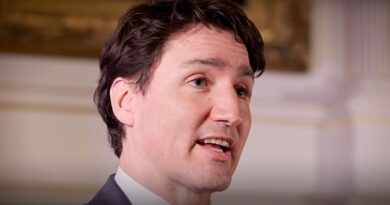 Russia Update on Day 55 of its Ukraine Operation