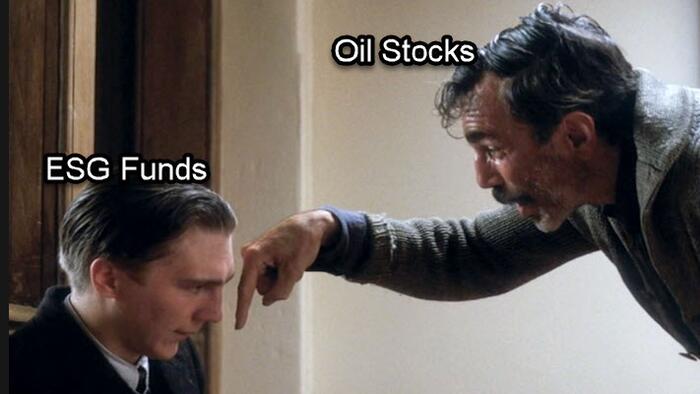 By Alex Kimani of OilPrice.com

It’s an open secret within energy circles that the eventual death of oil and thermal coal won’t come from environmentalists or even directly from renewable energy, but rather when big banks decide to stop financing it, rendering it ‘unbankable’. And the U.S. oil and gas sector came dangerously close to meeting that fate after Wall Street banks started disavowing oil and gas lending at the height of the ESG (environmental, social, and governance) craze.

In 2019, Goldman Sachs became the first big U.S. bank to rule out financing new oil exploration, drilling in the Arctic, as well as new thermal coal mines anywhere in the world. The bank’s environmental policy declared climate change as one of the “most significant environmental challenges of the 21st century” and pledged to help its clients manage climate impacts more effectively, including through the sale of weather-related catastrophe bonds. The giant bank also committed to investing $750 billion over the next decade into areas that focus on climate transition.

But the lure of those juicy oil and gas dollars amid an energy boom has been proving hard for Wall Street banks to resist, leading to many throwing their ESG pledges out of the window.

One year after Wells Fargo & Co. became one of the last big U.S. banks to make a net-zero promise, the bank has become the biggest fossil fuel lender: Wells Fargo’s 2021 tally in the sector topped $28 billion, racking up $188 billion in oil and gas loans since late 2015. Last year alone, banks organized ~$555 billion of bonds and loans for the oil, gas, and coal sectors.

Wells Fargo’s fossil fuel lending has stayed at the top of the industry. Wells, America’s fourth-largest bank, earned itself the dubious distinction as one of the most scandalous financial institutions in the land after it emerged that it had systematically opened millions of fake accounts for its clients.

Few bankers like to be in a line of work practically marked for elimination. But Bloomberg reports that companies like Wells just won’t stop making hydrocarbon loans when the rest of us are consuming so much of it.

Indeed, Wall Street banks are now playing the long game with oil and gas businesses because their climate milestones are decades away.

“There’s this idea or dynamic that it’s a light switch. Our view–and in reality–it will play out over a much longer time frame,” Scott Warrender, who runs Wells Fargo’s energy and power team, has told Bloomberg.

“We’ve been a leading financial partner to traditional energy companies, such as oil and gas producers and electric utilities, as well as the emerging renewables business, for many years. We will continue to support our clients in this industry as they provide the fuel that powers society today, and as they respond to the evolving market,” says a Wells spokesperson.

“Now that we’re making money again, will investors stay away? As the long-suffering industry returns to being lucrative, it will be harder for them to leave,” Derek Detring, who had a stint eight years ago as a Wells energy banker, has told Bloomberg.

Historically, bankers haven’t been under much pressure from shareholders to be more proactive on climate. But that is changing. Last year, Wells joined the Glasgow Financial Alliance for Net Zero, a group of banks and fund managers representing $130 trillion in assets. The big banks, in addition to pledging to zero out emissions, have agreed to eventually begin accounting for the carbon in their vast portfolios. In December, the investor group Interfaith Center on Corporate Responsibility asked Wells and other banks to adopt a policy by the end of 2022 to ensure that lending and underwriting don’t contribute to new fossil fuel development.

But that hasn’t scared Wells out of the business. Its most significant syndicated fossil fuel loan last year was a $3 billion deal with Enterprise Products Partners LP (NYSE:EPD). The Houston pipeline owner agreed in January to buy Navitas Midstream Partners and its 1,750 miles of pipeline in the Permian Basin for $3.25 billion in cash.

Wall Street soured on the energy business when they were losing money on loans. But with oil prices soaring amid a global energy crisis as well as the Ukraine crisis, most of these companies are now gushing profits – and Wall Street is ready to pounce, especially now that interest rates are on an upward trajectory.

In other words, just because ESG appears to be “front and center” doesn’t mean it will be forever.

Nevertheless, Wells Fargo has pledged to commit $500 billion in sustainable finance this decade, while JPMorgan’s green target is $1 trillion.

Shanghai Doubles Down On Quarantine Measures Despite Decline In Cases 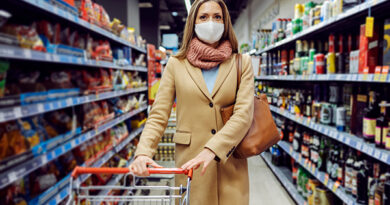 Food inflation in the U.S. breaks 42-year record… and there’s no end in sight