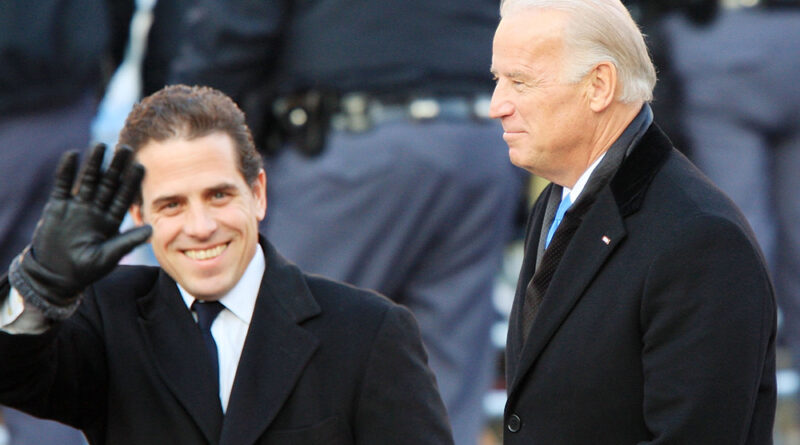 Maxey, who is now in Switzerland releasing the full contents of Biden’s laptop on a private server, says that the Department of Defense (DoD) and organized crime syndicates in Ukraine are also involved with the scheme.

What we know from the most recent data dumps is that Hunter Biden conspired with Mykola Zlochevsky, the head of the infamous Ukrainian gas company Burisma, to conduct these secret biological projects in Ukraine. Both Hunter and Mykola were promised fivefold returns in three months.

“They privatized the work of our biological labs at Fort Detrick in the United States and were running the development of these projects in Ukraine,” Maxey says.

Fort Detrick, by the way, is a DoD-run biological lab facility that ran biological weapons programs as far back as 1969. The name has also come up several times in investigations surrounding the true origins of covid.

These are promising developments, but the cynics are surely wondering: Will anything actually become of all this?

Since the revelations on Hunter’s laptop also implicate his pappy in the White House, chances are the scandal will be swept under the rug as much as possible – at least for as long as possible.

“Everything on Hunter’s laptop will be ignored by authorities because to delve into the crimes of the Biden family will expose more than just Hunter’s corruption,” wrote someone at Creative Destruction Media. “More than just the Biden cartel’s corruption. Just see how they handled the Maxwell case.”

“They found HER guilty but didn’t follow the case to its logical conclusion by snagging the men / women who received the favors of these young girls. THAT would expose the protected class. Hunter is much ‘bigger’ than Maxwell (STILL riding on the Big Guy’s coat tails) so they won’t even get HIM, in this case. It will all go away. As usual.”

Another person pointed out that none of Hunter’s crimes, or the contents of his laptop, are being talked about by the more mainstream “conservative” news outlets. Even War Room is focusing more on the Supreme Court nominee hearing right now, ignoring what is going on with the laptop.

“I shut Bannon off; I’m done listening,” this person wrote. “As Jack said, he can’t even get any of them to call him back now. Shame on Bannon! He’s playing right into the plan of the globalists, DISTRACTION! Thanks for everything we can hear from Jack!”

Regardless of what gets reported about it, Maxey says he is still going to drop the full contents of Hunter’s laptop for the world to see. This will still expose the true extent and level of corruption taking place behind the thin veneer of government as it publicly presents itself.

“If the last 2 years has taught us anything at all, it’s that these people want this to happen,” suggested another person.

“They want a collapse. They want a violent revolution. They want a new world order, a one world government. There isn’t going to be anything shocking that suddenly shocks people back to their senses. They never had any; they all just fully came out of the closet as Marxists once they reached critical mass, and now they’re out and proud.”

The latest news about the Biden crime family can be found at Treason.news.

Twitter Censors Trump Interview on Coronavirus – But Not Chinese Misinformation