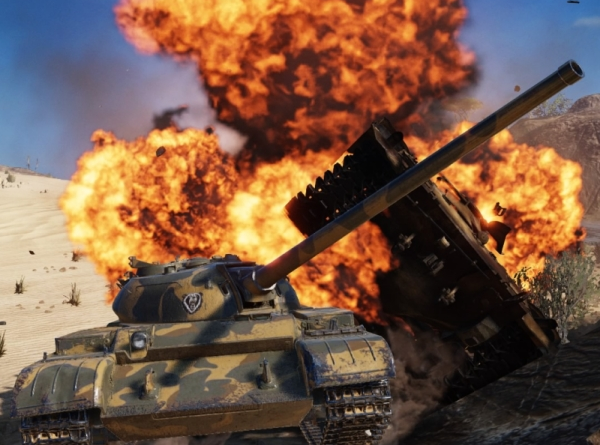 “While the US succeeded in goading the Russian government to take the first shot, it is clear that the war in Ukraine is the first stage of a much broader conflict. Having provoked the Russian government into a desperate and disastrous invasion of Ukraine, the United States is using the war to reassert its global hegemony, building a war coalition for what the United States has termed “great power conflict” targeting not only Russia, but China as well.” Andre Damon, World Socialist Web Site

“What is important to our managerial and foreign policy elites, is, above all, the major effort and push for a globalist “Great Reset” using the Ukrainian conflict to finally accomplish their objective of bringing the entire world in accord with their plans for a New World Order. And to do that, Russia, which now stands athwart their designs, must be diminished and brought into line.” Boyd D. Cathey, The Unz Review

Why is NATO sending more lethal weaponry to Ukraine? Didn’t Putin say that poring arms into Ukraine would increase the likelihood of war?

Yes, he did, but the US and NATO continue send more shipments anyway. Why?

And why does Ukraine need more weapons?

Could it be that Ukraine’s 600,000-strong military is collapsing like a trailer park in a hurricane? Is that it? Is that why NATO had an emergency confab in Brussels on Thursday to restate their support for a NATO-trained army that has not successfully launched even one major counteroffensive against the Russian military?

The media insists that the Russian offensive “has stalled”. Is that what you call it when your opponent captures an area the size of the UK in less than 3 weeks or when all your air and naval assets have been obliterated or when your Command-and-Control centers have gone up in smoke or when most of your combat troops are either encircled by Russian forces or fleeing to locations west of the Dnieper River? Is that what “stalled” looks like?

Do you get the impression that the media is not being entirely straightforward in their coverage of the war in Ukraine? Do you think that maybe their WEF-linked owners might have a dog in this fight? Here’s how Archbishop Vigano summed it up recently in an article linking “Covid tyranny” to the war in Ukraine:

“The ideological continuity between the pandemic farce and the Russian-Ukrainian crisis continues to emerge, beyond the evidence of the events and statements of the subjects involved, in the fact that the ultimate perpetrators of both are the same, all attributable to the globalist cabal of the World Economic Forum.” (“Exclusive: Archbishop Carlo Maria Viganò”, Gateway Pundit)

Truer words were never spoken. It’s all manipulation by globalist “stakeholders” pursuing their own narrow interests. As for the war, check out this analysis from a post at Larry Johnson’s new blog A Son of the New American Revolution. I can’t vouch for the author, but he sounds a lot more credible than CNN:

“Official claims of a major Ukrainian counteroffensive near Kiev are completely fake; it’s totally made-up, it never happened—they simply don’t have a coherent military force in the Kiev area that’s capable of conducting an organized counteroffensive. All they have in and around Kiev is various bits and pieces including police and army special forces, civilian militia, regular police, some air defense, and a few artillery batteries. It’s not an offensive force—it’s a crazy quilt. …

What’s left of the Ukrainian army east of the Dniepr river is running out of diesel, and should be out of tube and rocket artillery munitions (and in fact, artillery) by the first week of April. Outside of the Donbass, it’s a war of attrition, with Russia wearing away the Ukraine’s ability to fight, using stand-off weapons (air and missiles) first and foremost. On Sunday, Russia hit a cache of munitions that was being hidden—Hamas-style—at a “vacant” retail and sports complex in downtown Kiev. Russia is finding tons and tons of Ukrainian army materiel, and methodically destroying them….

Russian and Donetsk/Lugansk forces have picked up so many U.S. and British antitank weapons, it’s visually documented they’re now using them on the battlefield. ..

And, the Stinger missile project has failed totally—Uncle Sam & Co. have moved and continue to move hundreds of Stingers into the Ukraine, but it’s only been documented to have brought down about seven manned aircraft since the invasion, and none in the last ten days or so. Some of those hundreds will get out and be sold and… perhaps you shouldn’t fly internationally anymore…

I’m not looking to sugarcoat it for Russia—those Ukrainian military units that did not simply melt away and disappear in the first days, are putting up a fight. But at some point, very likely in the first half of April, they will simply run out of everything, and they will crumble and then the Russian and Donetsk/Lugansk forces will take all or most of “Left Bank” (east of the Dnieper) Ukraine. (“Dreizin Report–Poland prepares to intervene, Ukraine slides into dictatorship”, Jacob Dreizin, The Son of a New American Revolution)

Yes, but can the author be trusted?

I don’t know but– let’s face it– when the media lies relentlessly for 4 years about “Russian collusion” followed by another 2 years of “Everyone’s going to die from the flu”; any critical thinking person is going to look for other sources of information, right? It’s a credibility issue, and, regrettably, “credibility” is a term that is never applied to the mainstream media.

So, where do we go from here?

Good question; and you can see from NATO’s statement that leaders in Washington and across Europe are determined to throw more gas on the fire. That’s the message they’re sending to the world; ‘We are united in our determination to defeat Russia whether we blow up the planet or not.’ Got it? Here’s a clip from their declaration on Thursday:

“Since 2014, we have provided extensive support to Ukraine’s ability to exercise that right. We have trained Ukraine’s armed forces, strengthening their military capabilities and capacities and enhancing their resilience. NATO Allies have stepped up their support and will continue to provide further political and practical support to Ukraine as it continues to defend itself. …..We remain determined to maintain coordinated international pressure on Russia. We will continue to coordinate closely with relevant stakeholders and other international organizations, including the European Union.

Russia’s unprovoked war against Ukraine represents a fundamental challenge to the values and norms that have brought security and prosperity to all on the European continent” (“Statement by NATO Heads of State and Government”, NATO)

Are you surprised that NATO would openly boast about arming and training thousands of Ukrainian combatants since 2014? What if an enemy of the United States did the same thing in Mexico or Canada. How would the US react? Here’s how Noam Chomsky put it:

Peace Love & Justice If You Want It

THE WORLD HAS CHANGED