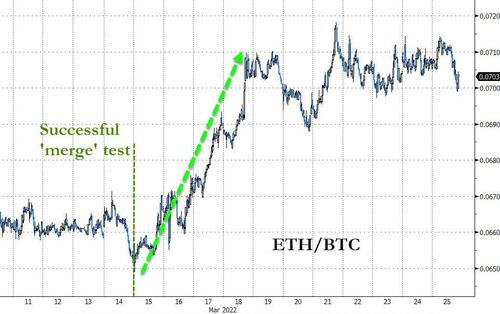 Ethereum achieved a milestone with last week’s Merge. It is “only” public testing, but transactions are being validated for the first time. It is working.

Investor behavior is a vote of confidence – ether (ETH) is being valued as a reserve asset with a high store of value.

The future of finance is being built on Ethereum’s rails. Banks who have entered the digital arena have done so using Ethereum, most notably JP Morgan on its Onyx platform. Public sector trials for bond issuance were also executed using Ethereum, such as the one completed by the European Investment Bank (here). The preference for Ethereum came despite periods of high transaction fees and a long list of challenging upgrades. With the core of those upgrades close to completion, the focus will turn to scale. Why Ethereum? The inertia of its network.

Ethereum was built using an energy-intensive proof-of-work protocol, currently run on the Mainnet chain. A consensus mechanism for proof-of-stake was always on the cards, with the Mainnet chain merging onto the Beacon Chain. This promised a transformative path for the protocol (here). This “Merge” happened last week with live public testing. Real transactions are being validated for the first time (here) with the proof-of-stake mechanism. This is monumental.

The value of a decentralized community is readily apparent in the testing phase. Glitches are being discovered and resolved without any centralized coordination. Work on the protocol is driven by market incentives. Consider the example of Tenderly. It is a platform that develops smart contracts on the Ethereum protocol. Debugging software design is a key element of their activities. They are one of several who have identified issues with the testing of the Merge (here). Others, such as Uniswap, are actively testing. Solutions are being driven by the alignment of network incentives.

Investors are voting with their (digital) wallets.

The successful start of the Merge has increased demand to stake ether (ETH). After the launch of public testing, ether staked on March 15 jumped by the second-highest one-day volume ever. Since then, the pace of staking is the strongest since the initial introduction of the Beacon Chain (Figure 1 here).

Total ether staked is more than 2,000% the target needed to start the process as first determined in November 2021 (here). And the percent of ether staked is still relatively low at 11% compared to 56% for the other top five staking protocols. There is pent-up demand for ether.

There are other technical nuances. The Merge will be a positive liquidity event for ether staked to the Beacon Chain, having been locked with an uncertain timetable. But the timing of the unlock and the forward liquidity profile is still unknown with further upgrades required (here). A longer lockup period could be deemed desirable as a way of rewarding patient providers of staking services and avoiding excessive cyclical swings in staking rates.

One of the most surprising features of ether investors is that they tend to be as patient as bitcoin investors. In fact, the percentage of ether supply held for longer than a one-year period, at 62.3%, is almost identical to that of bitcoin (here). This is not by design. After all, the Ethereum protocol was built as a utility vehicle where ether is used to pay fees to execute transactions; the use case for bitcoin is focused on its store of value. Yet, three factors suggest that ether will maintain its value feature in the digital ecosystem.

The Merge is done. Developers are satisfied. The focus is entirely on a rigorous testing phase to clear the bugs and a conservative three-month window would bring the Merge live in June. The mechanism for satisfying withdrawals of ETH from the Beacon Chain is work-in-progress. Developers are leaning to a ‘push’ approach, far more efficient though a bit slower to implement (here). The unlocking of ETH liquidity will take a bit longer than anticipated but will be worth the wait. Strategic attention turns to scalability. The Merge solidifies Ethereum’s foundation.

The things built on it will be key to users. Recent innovations show that the network is incredibly optimistic (here).

It is increasingly clear that the future of finance runs on Ethereum with ETH as a reserve asset to the ecosystem. It was worth the wait. 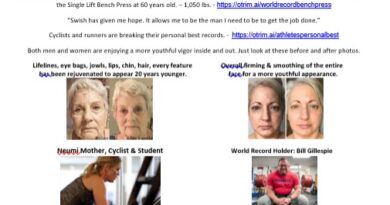 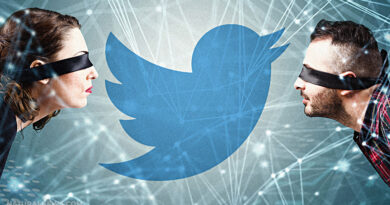 Elon Musk says Twitter must be “politically neutral,” but leftists can’t tolerate that so they’re leaving the platform