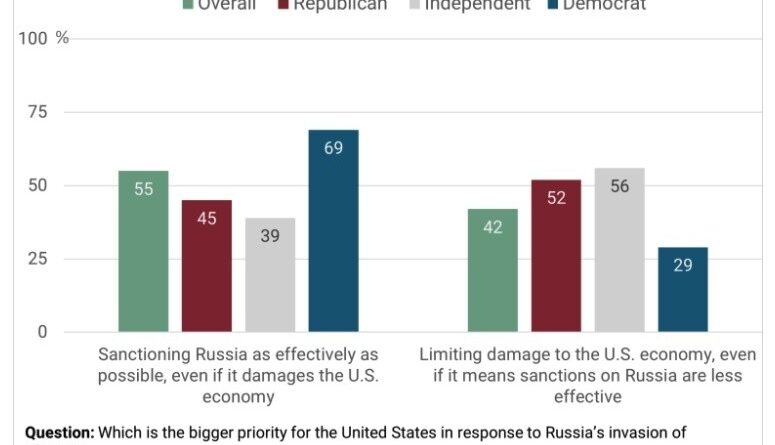 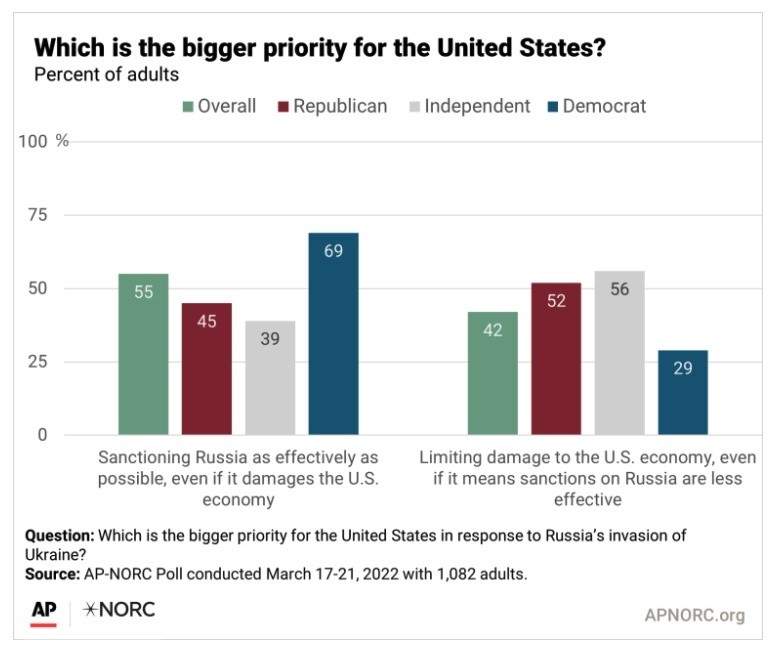 Two out of three Democrats favor strong sanctions policies against Russia, even if those policies damage their fellow Americans’ economy, according to an AP poll.

But 56 percent of independents, and 52 percent of Republicans favor policies that reduce damage to the U.S. economy, “even if it means sanctions on Russia are less effective,” according to the March 17-21 poll of 1,082 adults.

Sixty-nine percent of Democrats favor strong sanctions, as do 45 percent of Republicans and 39 percent of independents.

The poll also showed far less support for sanctions among young people. Just 41 percent of Americans under 30, compared to 65 percent of people older than 60, favor “sanctioning Russia as effectively as possible, even if it damages the U.S. economy.”

But the same poll also shows that 68 percent of Republicans say Biden’s response to the invasion is “not tough enough.” Just 9 percent say Biden is “too tough” on the Russians. 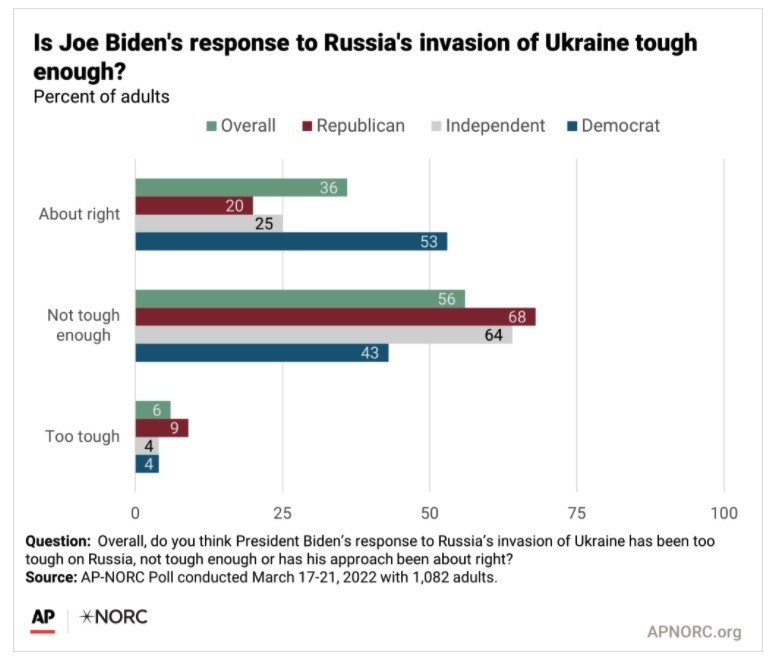 The poll comes as Biden tries to escalate pressure on Russia — without triggering an uncontrolled rise in violence with the nuclear-armed power.

The poll was conducted by the AP-NORC Center for Public Affairs Research.

Biden’s team has both escalated and de-escalated the conflict over Ukraine’s Russian-populated provinces.

It refused to enforce the post-Cold War U.S. commitment to keep Ukraine out of NATO. Once Russia attacked, it provided Javelin missiles to destroy the Russian tanks. When Russia switched to greater use of artillery fire, the U.S. is providing long-range missiles that can destroy Russian artillery. It is also imposing an economic blockade on Russia and is describing Russian officials are war criminals.

But Biden’s team is also blocking the transfer of Polish MiG-29 aircraft to Ukraine, rejecting demands to enforce a no-fly zone and downplaying European demands for more action.

The conflict is over the political status of Ukraine.

Progressive advocates in the West demand the country be free to join NATO and buy foreign weapons. Russian officials insist that Ukraine is a historic province of the Russian homeland, that an independent Ukraine should be kept out of alliances, and that Russian-populated districts in Ukraine should be returned to Russia. The Russian invasion began after Western governments repeatedly hinted that Ukraine could join NATO and need not accept Russia’s political terms. 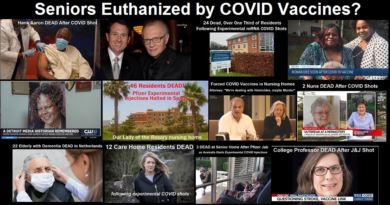