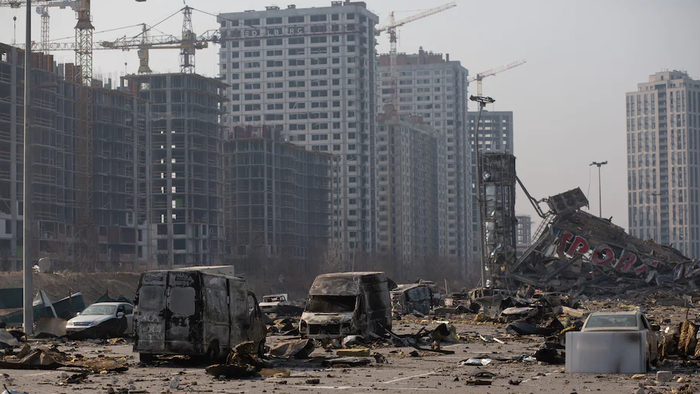 Update(11:43ET): In what’s looking like a hugely significant first sign that Russia could be pulling back on the scope of its Ukraine operations, Bloomberg reports Friday that the Kremlin may be limiting its key military objectives to taking full control over the Donbas region. This despite multiple parts of the county, including outside the capital of Kiev, still witnessing intense fighting and shelling.

The Russian military’s first deputy chief of the General Staff Sergei Rudskoi said the following as quoted in Interfax: “Our forces will focus on the main thing – the complete liberation of Donbas.”

Bloomberg writes further of the Russian commander’s surprising words, “Rudskoi claimed Russian troops have surrounded several major cities but deliberately didn’t seek to take them, instead aiming to pin Ukrainian troops down. His comments were the most detailed official accounting of Russian military performance since the Feb. 24 invasion.”

And against some Western claims that Russia has lost as many as 15,000 troops, amid Ukraine’s fierce resistance which is said to have stalled Russia’s initial battle plans and pace, Bloomberg reports of a fresh casualty count from Russia’s military, “Rudskoi put losses at 1,351 killed and 3,835 wounded, the first official accounting since March 2. He said Russian forces control 93% of the Luhansk People’s Republic and 54% of the Donetsk one.” However, many believe the true count to be much higher.

Earlier in the day Turkey’s President Erdogan said that Russia and Ukraine have reached “an understanding” on 4 out of 6 key contentious issues. However, hours later Russian officials were cited in Interfax news a saying “no progress” has been made. Both sides continue blaming the other for lack of significant breakthroughs, and so far only temporary humanitarian corridors have been briefly established in major zones of fighting.

The Kremlin’s chief negotiator Vladimir Medinsky was cited in Interfax as saying that “Russia sees no progress on key issues in talks with Ukraine.” This even after Ukraine’s Zelensky has in recent weeks appeared to back off public statements expressing desire for a “path” to NATO membership. He’s recently said he’s “cooled” on the issue and is ready to discuss neutrality.

US doubling down on current NATO while staying out of Ukraine is the agreement US could’ve probably gotten from the start if it was interested in avoiding war. We may be getting there anyway. https://t.co/HxL8el63pj

Update(10:18ET): Coming the day after the emergency NATO summit in Brussels, where Jens Stoltenberg vowed that Russia will pay “severe costs” for “years to come” over its Ukraine invasion, and with Joe Biden now visiting Poland to highlight the refugee crisis, Russian Foreign Minister Sergey Lavrov on Friday hit back at US and Western sanctions, calling them tantamount to an act of “total war” on Russia.

He called the sum total of isolation measures against Russia being pushed under US leadership “a real hybrid war” and said that “total war was declared on us,” according to the The Associated Press.

As The Hill writes further of the fresh remarks, “The international sanctions have clearly hurt the Russian economy, though Lavrov emphasized that many states will decline to join that effort.”

Lavrov said: “We have many friends, allies, partners in the world, a huge number of associations in which Russia is working with countries of all continents, and we will continue to do so” – which at the very least includes China, India, Brazil and others – which make up an outsized portion of the global economy. Meanwhile…

Germany’s Scholz: No, as this “would mean plunging our country and all of Europe into recession. […] It serves no one’s interests.”https://t.co/jVFJkQO0Er

With newsflow out of Ukraine nothing less than a firehose (of often fake news), with market moving headlines firing every other minute on average, traders can be forgiven if they have just given up following the narrative. To help out, here is a snapshot of all the latest market-moving news out of Ukraine from the last few hours courtesy of Newsquawk: 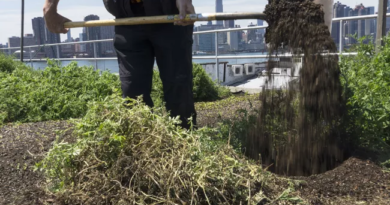 My tips for rooftop garden design