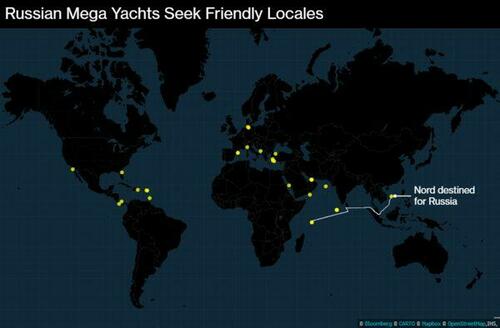 Since the invasion of Ukraine, Russian oligarchs have been panic-moving private jets, superyachts, and other trophy assets away from Western countries to avoid sanctions.

Marine data compiled by Bloomberg show at least nine superyachts owned by Russian tycoons have switched off tracking systems. These devices, also known as automatic identification systems or AIS, are required for all passenger ships to broadcast positions for other vessels and coastal authorities.

“There’s no reason why their AIS transmissions should be off for days,” said Gur Sender, a program manager at Windward Ltd., which specializes in maritime risk and intelligence.

“Even if you’re in the middle of the ocean you have a satellite picking up your transmission once in at least eight hours. If you’re a big yacht, it’s in your interest to have it on so everyone can see the ship to prevent accidents,” Sender said.

Most of the yachts went dark on Feb. 24, the day Russia invaded Ukraine. Then more went dark after President Biden announced sanctions on Russian oligarchs on Mar. 11. The oligarchs are all part of Russian President Vladimir Putin’s inner circle.

Russian oligarchs who have been sanctioned have either had their yachts commandeered by European authorities (like Rosneft CEO’s $120mln superyacht) or have sailed to more friendly waters out of the Mediterranean and Northern Europe to the Indian Ocean and or the Middle East.

According to vessel data, at least eight ships were last seen near the United Arab Emirates, Oman, or Saudi Arabia. 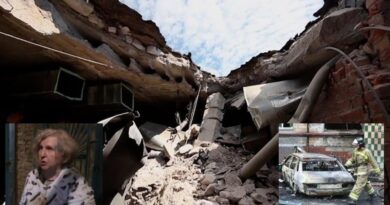 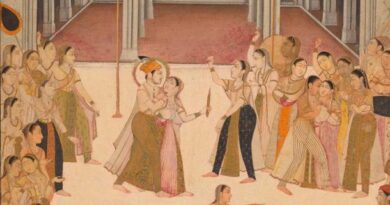 Urdubegis: the forgotten female fighters of the Mughal Empire