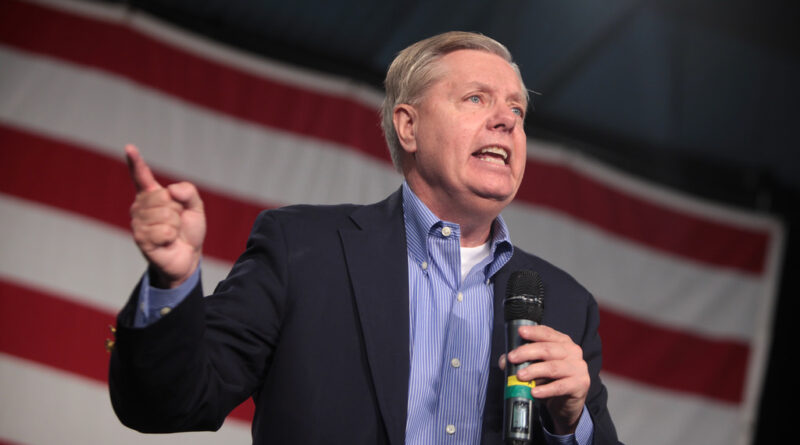 (Natural News) Sen. Lindsey Graham (R-SC) insisted that distributors and consumers of child pornography on the internet must be put behind bars. He also denounced Supreme Court nominee Ketanji Brown Jackson for her lenient approach toward pedophiles.

During the second day of Jackson’s confirmation hearing on March 23, Graham expressed agreement over the idea of lengthy sentences for those distributing child pornography.

“The guideline says we’re [going to] treat a person that distributed 1,000 [pictures] a lot worse, because that shows that this person is really engaged in this really horrible behavior. In comes the internet: on the internet with one click, you can receive [and] distribute tens of thousands [of pictures]. You can be doing this for 15 minutes – and all of a sudden, you are looking at 30, 40, 50 years in prison,” argued the SCOTUS nominee.

The senator interrupted her at this point, saying: “Good, absolutely good. I hope you go to jail for 50 years if you’re on the internet trolling for images of children in sexual exploitation. See, you don’t think that’s a bad thing. I think that’s a horrible thing.”

Despite the Republican lawmaker’s explanations, Jackson continued to insist on handing out softer punishments for internet predators. The Supreme Court nominee cited outdated statutes for her leniency when it comes to child sexual crimes. The lawmaker responded that he disagreed with Jackson’s approach to deter child pornography by monitoring computer usage, arguing that she instead makes it easier for other children to be exploited.

Graham cited one instance where the Supreme Court nominee gave a lighter sentence to a 32-year-old man who shared compromising pictures of his own 10-year-old daughter. Rachel Bovard of the Federalist elaborated on this instance in a tweet and seconded the GOP senator’s call. (Related: LA transgender woman caught bragging about escaping prison time for molesting 10-yr-old girl.)

The South Carolina senator is not the only GOP lawmaker who has been vocal about Jackson’s leniency toward pedophilia. Graham’s colleague Sen. Josh Hawley (R-MO) pointed out “an alarming pattern” of how Jackson approaches child predators in a Twitter thread.

Hawley referenced a document from Jackson’s time as a law student that questioned making convicts register as sex offenders. She argued that this led to “stigmatization and ostracism,” adding that public policy is driven by a “climate of fear, hatred and revenge” against sex offenders.

“This is a disturbing record for any judge, but especially one nominated to the highest court in the land. Protecting the most vulnerable shouldn’t be up for debate. Sending child predators to jail shouldn’t be controversial.”

Watch Harrison Smith of “The American Journal” explain why Ketanji Brown Jackson is soft on pedophiles.

Blinken: Ukraine War Will Last Through 2022