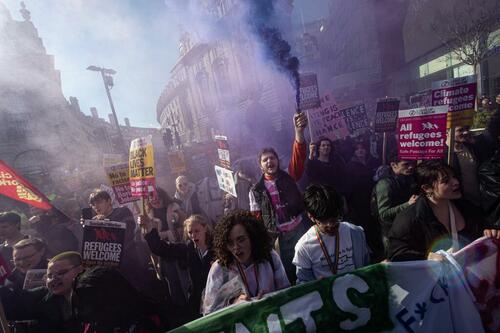 Authored by Rakib Ehsan via TheCritic.co.uk,

The UK Government’s official response to last year’s Sewell report on race and ethnic disparities tells us one thing – Britain’s grievance industry is not going to have it all its way.

While we have recently witnessed the cross-sector popularisation of American-inspired pseudointellectual race theories and white-privilege narratives, the UK Government’s response to the Sewell report paves the path towards a more inclusive family-centric Britain. The grievance-industrial complex — a socio-political infrastructure of organisations and individuals which collectively have a vested interest in peddling warped interpretations of British society and its public institutions — has all too often simplistically placed racial identity at the heart of debates on multifactor-driven forms of disadvantage. As well as being empirically suspect, this threatens to fundamentally undermine social solidarity in our multi-racial democracy.

Dr Tony Sewell, the lead author of the report published by the Commission on Race and Ethnic Disparities (CRED), has received a torrent of racially-motivated abuse since the report was published back in March 2021 — being labelled by professional grievance-mongers for being the Tory establishment’s “token black man” who “sold out”. A rather odd accusation to direct towards a man who set up a charity — Generation Genius — which has helped to set up many young talented ethnic-minority Britons for a successful career in the science and technology sectors.

But the reality of the matter is that the Sewell report, while not perfect, is a seminal piece of work which will make a lasting contribution to our race-relations conversation. What it importantly achieved was helping Britain to move away from incredibly reductive “black versus white” approaches to understanding race and ethnic disparities. It exposed the reality that within both the White British and Black British populations, certain ethnic groups are performing far better than others on a range of social and economic metrics.

It also shed light on the strengths of thriving Asian minorities in Britain which are outperforming the white-British majority in terms of school attainment and median hourly pay. The success of Britain’s Indian- and Chinese-origin minorities clearly demonstrates that an optimistic family-orientated traditionalism rooted in hard work, study and discipline makes for an effective agent of social mobility.

In this sense, Dr Tony Sewell — along with the highly impressive Tory government minister Kemi Badenoch — have planted the seeds for an uplifting social-justice conservatism that is genuinely interested in empowering individuals, families and communities. It understands that public institutions — ranging from local NHS trusts to local police forces — must be more culturally responsive to the needs and sensitivities of an ever-diversifying population. But it also rejects the view that one’s racial identity is the most influential factor in the shaping of their life chances and personal growth. By arguing that Britain’s social, economic and political systems are “deliberately rigged” against Britain’s ethnic and racial minorities, the grievance-industrial complex seeks to demotivate aspirational young Britons and convert them into racial-justice warriors for their victimhood agendas.

In order to design social policies that foster meaningful change in modern-day Britain, it is vital that we are honest with both our strengths and weaknesses.

The UK is one the leading white-majority, hyper-diverse countries when it comes to providing anti-discrimination protections on the grounds of race, ethnicity and religion — outranking major European Union member-states such as France, Germany and the Netherlands. It is home to some of the strongest equality bodies in the world.

But it has the unfortunate reputation for being a world-leader when it comes to family breakdown — which is anything but ideal when household characteristics have a significant impact on a variety of inter-related youth outcomes such as mental well-being, cognitive development, school attainment and respect for the rule of law. The UK also has one of the most inter-regionally imbalanced economies in the industrialised world. Two young people with similar “protected characteristics” are simply not on a level playing field if one lives in a rapidly regenerating part of London, while the other lives in one of Blackpool’s left-behind neighbourhoods.

While much of our political and policymaking classes have been fixated with the Equality Act’s string of protected characteristics, two of the most crucial factors in personal development are family structure and community dynamics.

While the politics of intersectionality presents white males as a hyper-advantaged section of British society, do they still maintain a high degree of “privilege” if they are burdened with a dysfunctional family life and located in a materially-deprived neighbourhood with minimal social and cultural assets?

By providing its support to the Sewell report, the UK government has taken sharp aim at simplistic white-privilege theories and the crudely homogenising “BAME” acronym — a twin dagger to the heart of the grievance industrial complex’s activities.

But it must back this with meaningful policy action.

Britain must free itself from the shackles of divisive identity politics and excessive political correctness. We need an inclusive social-policy agenda that has families and communities at the heart of it.

Letter to the Editor: Chemtrails Over the Middle of Wales Cause a Persistent Cough 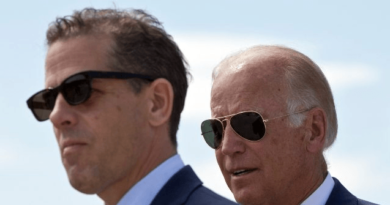