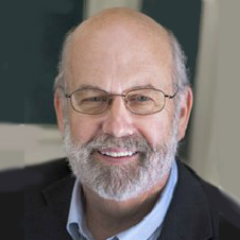 “And even in the fever of epidemic arrests, when people leaving for work said farewell to their families every day, because they could not be certain they would return at night, even then almost no one tried to run away and only in rare cases did people commit suicide. And that was exactly what was required. A submissive sheep is a find for a wolf.”

With a title such as this, most Americans will automatically ignore this warning and systematically block out intellectual honesty and reason in favor of adopting a posture of immediate ignorance, while condemning those who expose this truth as “conspiracy theorists.” This tactic is one laced with flaws, and is only useful in efforts to marginalize truth so as to protect the common citizen from having to accept any responsibility for his own demise. While this is a pathetically weak position to take, it is by any standard the easy way out, and one that allows for this population to continue to live as falsely satisfied unknowing clones simply by completely avoiding reality. Hiding from the truth in such a crucial time, is akin to a mass suicide of sorts, in that doing nothing to stop tyranny guarantees slavery, and can only lead to the destruction of this country and the rest of humanity as well.

These comparisons have been discussed and written about many times, but have never been accepted or believed by the hordes of sheep that make up this weakened and pathetic population. This can only be due to extreme apathy and blind indifference.

The ten planks of Communism as described by Marx and Engels in the  “Communist Manifesto” have been ignored for many decades by most all Americans. In the midst of this ignorance lies obvious truths that very few care to accept or understand. The reasons for this mass cognitive dissonance are of course as described, and are just a way of avoiding any conflict or call to personal responsibility.

The first plank is the “Abolition of private property in land and application of all rents of land to public purpose.” The drive by government to achieve this first plank has been ongoing throughout our history, but has escalated very dramatically over the past few years, especially since March of 2020. Most all business were purposely shut down, land grabs by government and its proxies have been rampant, and restriction to one’s home by mandate was effectively secured. That was just the beginning.

The second plank is “A heavy and graduated income tax.” This was achieved long ago, as this U.S. governing body of political monsters passed into ‘law’ taxation on income by the 16th Amendment to the U.S. Constitution in 1913. That invasion and pure theft has continued over more than the last century, and with the new digitized system being implemented today, will cause unlimited power to tax everything, helping to solidify the first plank of the manifesto.

The third plank is “Abolition of all rights of inheritance.” This type of taxation has been with us for many decades, but is worsening as time progresses due to many factors, including mass property confiscation. Until recently, these tax laws have at times been brutal, but always have diluted the rights of private property, or at least allowed governments and courts to change the disposition and distribution of private property.

The fourth plank is “Confiscation of the property of all immigrants and rebels.” This has been accomplished in many ways, but under the current environment of ‘virus’ fraud, proxy wars, and false flags, and any and all emergencies as declared by state thugs, this atrocious property grab will only escalate. Any and all who speak out against the state today, risk the loss of all assets, or at a minimum, total control of individual assets through technocratic means. This condition has been happening, and is now slated to become the standard.

The fifth plank is the “Centralization of credit in the hands of the state, by means of a national bank with state capital and an exclusive monopoly.” This plank of course was achieved with the creation of the federal reserve bank under the auspices of the Federal Reserve Act of 1913. The U.S, monetary system has been a monopoly over all money printing, coining of money, debt creation, and very corrupt monetary practices for the past 107 years. Many argue that this is a private banking system outside of government control, but that is just another way of propagandizing, and covering up this completely fascist partnership in the control of all monetary policy. At this point in time, the effect of this system has led to the possible total destruction of the entire financial system through government and the central banking system’s control of all money.

The sixth plank is the “Centralization of the means of communication and transportation in the hands of the state.” This plank was implemented and solidified long, long ago in this country. Consider the Federal Communications Commission (FCC) established in 1934. Consider the Department of Transportation and Interstate Commerce Commission. All communication and transportation are controlled by the federal government in one form or another. All is fully regulated, and at this stage of the game, the federal government has full fascist control of all media, all communication, and all travel, especially all overseas travel, as has been extremely evident over the past two years. In addition, censorship of all communication is at an all-time high, and expanding daily, as disappearing all dissent is necessary for the state to retain control of the people.

The seventh plank is the “Extension of factories and instruments of production owned by the state; the bringing of cultivation of waste lands, and the improvement of the soil generally in accordance with a common plan.” While the completion of this plank has been ongoing throughout our history, it has vastly increased over the last few decades, again escalating dramatically as of late. All farming, ranching, agriculture and seed development, and farm land ownership has changed completely over time. While all is not government owned, it is all government controlled. This is another example of gaining another communistic plank through fascist means. Food shortages now abound, and more and more of our food is tainted or poisoned by government control, regulation, and interference. In this case, the government/corporate partnerships have taken over all aspects of production, control of soil and seeds, and distribution of products.

The eighth plank is “Equal obligation to work, and the Establishment of industrial armies, especially for agriculture.” This plank has been fully implemented, and that is most evident considering that all labor and labor laws are set by the state through many government bureaucracies, including the Social Security Administration, the Department of Labor, minimum wage laws, regulatory domination, State and federal unions, federal work programs, and the ‘Equal Rights Amendment; all as outlined in the Manifesto. Most of the entirety of work-related policy is fully controlled by government.

The ninth plank is the “Combination of agriculture with manufacturing industries, gradual abolition of the distinction between town and country by a more equitable distribution of the population over the country.” This has been accomplished by the near total control of all planning, reorganization, and recent land grabs by fascist corporate partners with government. Large swaths of land have been stolen by the federal government over time, and now given the current situation concerning this ‘covid’ fraud, plans concerning the reorganization and development of all property, the mass buying of property by corporate and investment companies tied directly to government in cities and country, the completion of combining all agriculture, manufacturing of homes and property, and the destruction of housing and ownership of mortgages, this plank is nearing completion.

The tenth plank is “Free education for all children in government schools. Abolition of children’s factory labor in its present form, and a Combination of education with industrial production.” The ‘public education’ and indoctrination of all children in these schools, which of course, are most in this country, were accomplished long ago. This travesty began in earnest around 1910, but has worsened greatly every decade since that time. This has caused the dumbing down of children nationwide, and has also just as planned, corrupted the young, and caused generation after generation to become slaves to the state. At this point in time, the rulers of society have gained almost total control of the population due to control over the ‘schooling’ of all the young from only a very few years old until well into adulthood. This plank was achieved long ago, and now with the state’s insistence on mass ‘vaccination of all children,’ self-controlling bio-weapon injections based on lies, and a total propaganda curriculum forced on all the young, the current and future control over populations has become reality.

Every plank of Communism as stated by the Communist Manifesto, is fully in place in this country, and has been mostly achieved. The only major difference here, is that Communism and Fascism have been combined to cause the completion of this controlling structure. Therefore, the U.S. is a communistic and fascist system, and has been for many, many years. This is now undeniable, but is still ignored for the most part by this oblivious American society who still believe themselves to be living in a ‘free’ country. That country has never existed, except at the margins in the far distant past.