According to Dan Cohen of MintPress News, more than 150 public relatons companies are involved in the war propaganda campaign against Russia. NATO is coordinating them from London via PR Network, a firm co-founded by Nicky Regazzoni and Francis Ingham.

As was the case during the First World War, the British appealed to artists, but this time they enlisted graffiti designers instead of acclaimed writers.

PR Network puts out daily guidelines on the messages to be relayed, the expressions to be avoid and churns out an inspiring story about Ukraine or one detrimental for Russia.

Russian-speaking journalists taking part in this network were convened, from 19 to 21 July 2021, to be given a training course titled “Media Network 2021+”.

The NGO Reporters Without Borders pitched in with its specialized branch, the Institute for Mass Information, headed by USAID war propaganda specialist Oksana Romaniuk.

The speech by the Ukraine Permanent Representative to the UN General Assembly, Ambassador Sergiy Kyslytsya, was written by Stephen Krupin (SKDKnickerbocker), Joe Biden’s former speechwriter during his presidential election campaign.

Former US ambassadors to Moscow and Kyev Michael McFaul and John E. Herbst, respectively, are in constant touch with the Ukrainian government. 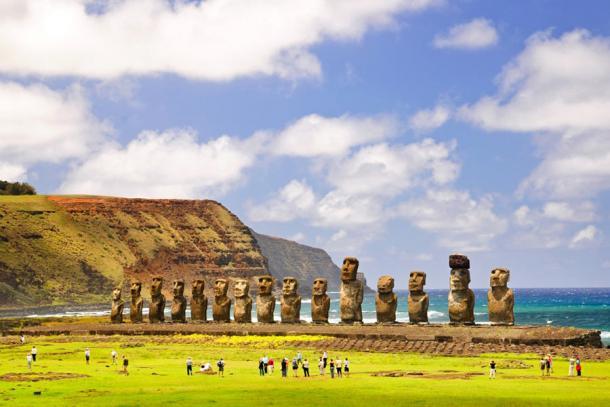 Easter Island and the mysteries of the Moai