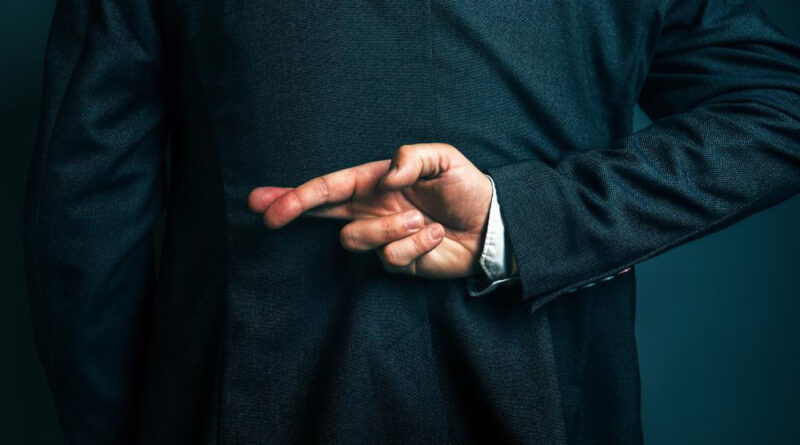 (Natural News) There has been a lot of talk lately about the environment, social justice, and good governance. But according to entrepreneur, political commentator, and best-selling author Vivek Ramaswamy, these leftist buzzwords are an elaborate scam with a malicious agenda.

Ramaswamy spoke with WMAL radio host Vince Coglianese the other day about how left-wing extremists, after running into roadblocks with Congress, are now trying to push their evil agendas through the private sector.

Calling it “the defining scam of our time,” Ramaswamy also pointed to America’s three largest asset managers as being complicit. They are State Street, Vanguard, and BlackRock, which together manage more than $20 trillion.

“That’s more than the GDP of the United States, by the way,” Ramaswamy said.

“[These three asset management companies] are aggregating the money of everyday pensioners and retirees, etc. But using that to then throw their weight around in corporate America saying, ‘You need these racial quota systems on your board. Yeah, you need to cut oil production. You need to reduce your carbon emissions.’ Agendas that would make the blood of those retirees boil if they knew what was exactly going on, using somebody else’s money to advance a political agenda that they disagree with.”

None of this applies to Chinese companies, by the way

Seeing as how many of the corporations that are going along with the ruse are multinational, the same agendas are also being pushed overseas, right? Wrong.

According to Ramaswamy, these companies’ Chinese operations are exempt from all of it – it is exclusively an American thing (or perhaps a Western thing) that aims to deconstruct Western civilization piece by piece.

“In the United States, they preach ESG,” Ramaswamy says. “In China, they supplicate to the CCP (Chinese Communist Party). As I say, this is sort of the motto of companies like Blackrock around the world.”

In other words, the American free market is an illusion. And it is far worse even than a monopoly or an ideological cartel, Ramaswamy says.

Corporate America is more of an oligarchy, and it holds more power than government officials to push its weight around and get its way, regardless of who is in office at any given time.

“They’re working hand in glove with the party in power to be able to do their bidding through the private sector,” Ramaswamy explained about how the process works.

“If you couldn’t get the Green New Deal through Congress, guess what John Kerry is doing? He’s getting every major banking CEO to sign the so-called Climate Pledge … but it is also a form of crony capitalism because I will tell you, you know, as well as I, banks are not charitable institutions.”

One question that remains is what are banking CEOs getting in return for agreeing to sign Kerry’s so-called “Climate Pledge?” Maybe one day we will know the answer to this question.

“This is the crony capitalism of our moment, and I just think of the way in which the critical race theory issue was a mobilizing issue for Republicans in 2021.”

Meanwhile, companies are getting propped up or beaten down depending on their compliance with ESG and other nefarious agendas. And if your money is being managed by the likes of BlackRock, then you are directly supporting these agendas.

More related news can be found at Corruption.news.

Reports of Serious Injuries After COVID Vaccines Near 112,000, as Pfizer Asks FDA to Green Light Shots for Kids 5 to 11