WSJ spoke with US trucking fleets and found smaller ones are susceptible to spiking fuel prices versus larger ones because they don’t have the hedging capacity and working capital.

The latest data from AAA shows the average price for a gallon of diesel at the pump is around $5.079, a record high and up more than 28% since the Ukrainian invasion in late February.

A price shock of this magnitude in such a short time has been brutal for small trucking operators with less leverage than larger fleets.

“We have had to find ourselves diving into our margins to support operations, to keep the wheels turning, quite literally,” Crusenberry said.

Geopolitical turmoil in Eastern Europe and what Reuters’ head commodity analyst John Kemp has described, “worsening diesel shortages in the United States and the rest of the world are intensifying upward pressure on petroleum prices and threaten to recreate the conditions that led to the record price spike in 2008,” have led to JSG and many other smaller trucking fleets to react slower to changing fuel prices and inability to pass on additional fuel expenses.

To cover unpredictable swings in fuel markets, trucking operators use fuel surcharges. According to freight management company Truckstop, surcharges have doubled to 43 cents a mile from 19 cents since the beginning of the year.

Some trucking firms, especially larger ones, were able to insulate their business ahead of the Ukrainian invasions.

A. Duie Pyle Inc., a trucking firm with 1,800 trucks serving the Northeast and specializing in less-than-truckload hauls, bought 430,000 gallons of diesel before the sudden spike in fuel prices. The carrier is now adjusting fuel surcharges.

“Nobody contemplated back then we could see diesel costs in excess of $5 a gallon.

“The velocity of the increase has really been dramatic,” said Peter Latta, chairman of A. Duie Pyle. He noted customers “have been very understanding.”

Another issue for smaller trucking operators, besides their inability or limited capacity to hedge soaring fuel costs, is the time it takes to receive payment.

Larger firms have credit and working capital lines and are cushioned as they are paid 30 or 45 days after hauling loads. However, smaller firms don’t have that luxury as larger ones, as explained by Avery Vise, a freight analyst at FTR Transportation Intelligence.

“But a smaller carrier, even if it’s getting surcharges, if it’s not getting that surcharge paid until a month or month-and-a-half down the road, they’re going to have to float that difference in the interim,” Vise said. “And that’s potentially problematic.”

Sadaya Morris, a small truck operator in the Northeast, said her fuel costs have jumped from around $250 to $400 in the last several weeks. She has since moved her business away from freight brokers to working directly with customers for better rates to compensate for rising fuel costs.

“Ultimately, if it continues, we could possibly have to park trucks,” said President Daniel Titus. There has been a “shock factor,” he added, because Superior’s customers tell the carrier they can’t pass the higher cost of freight transport along to their own customers quickly enough to keep up with the rising prices.

The Biden administration has a real mess on their hands as they might panic release another SPR dump to reign in fuel prices. So far, the other dumps have yet to work. 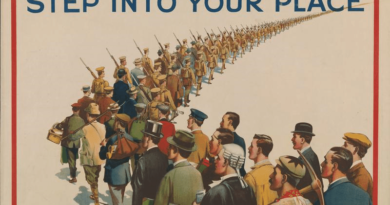 Do you realise how much you have been manipulated through Government Propaganda over the past Two Years?

Citadel Has Best Year On Record Despite Looming Controversy, Posting $7 Billion In Revenue In 2021

Who is behind the Chief Judge who was trying Julian Assange?