The solutions will come not from those profiting from inequality and scarcity but from relocalizing “money” and production to create degrowth community economies.

We think we understand “money”–we don’t. We think the current versions of “money” are the final versions–they aren’t.

Understanding “money” requires some heavy-lifting, but it’s important, so let’s dig in.

The most accurate description of “money” (in quotes because it’s not what we think it is) is Art Berman’s shorthand:
Energy is the economy.
Money is a call on energy, the capacity to do work.
Debt is a lien on future energy.

In my new book, Global Crisis, National Renewal: A (Revolutionary) Grand Strategy for the United States, I identify the two problems neither nation-states nor global markets can resolve:

1) Soaring inequality caused by the concentration of capital, power and agency in the hands of the few and the resulting decapitalization and powerlessness of the many.

2) Scarcity of the essential resources that are the foundation of the globalized industrial economy.

The primacy of “money” (finance) is evidenced by the proposed solutions to inequality and scarcity, all of which are financial in nature: Universal Basic Income (UBI) / Modern Monetary Theory (MMT) and other schemes of creating “money” out of thin air and distributing it to those whom the system has failed, i.e. the bottom 90%, to stave off social unrest.

The problems that need to be solved are:

1) the fair distribution of essential resources, capital and agency.

Neither conventional money-printing nor the blockchain/defi/crypto menu fundamentally change the power structure of who controls resources, power and capital. As with all financialized “solutions,” these presume that finance can fix everything because it’s the master resource.

Both also assume that creating “money” out of thin air and distributing it within a market structure will solve all problems. Both assumptions are false: energy is the master resource and “money” is only a solution if it connects labor to local productivity.

All the creation of “money” out of thin air accomplishes is to maintain the status quo that favors 1) the already-rich who own the vast majority of assets and who can trade one asset class for another at will 2) those closest to the sources of this newly issued “money”–in the case of cryptocurrencies, 3) early adopters who become the New Aristocracy by virtue of their dominant ownership / control of the currencies, platforms, etc.

The critical element of every issuance of “money” is: how is the “money” distributed? Who gets the new money? Consider the case of bitcoin, which is decentralized in the sense that anyone with sufficient computing power can mine bitcoin, i.e. be issued bitcoin for maintaining the currency’s blockchain.

Despite this decentralized distribution, the reality is the mining and the ownership of bitcoin is highly concentrated, just like all other wealth: 0.01% of Bitcoin holders control 27% of all bitcoins in circulation.

There are two dynamics at work: 1) early adopters were able to amass vast numbers of bitcoins for very modest sums, and 2) the wealthy few with access to the “money” spigots of central banks and fractional reserve private banking can borrow fiat currency at near-zero rates and use this “money” to buy bitcoin.

There may be limits on how many bitcoins are issued but there is no limit on how much fiat currencies can be issued, so those closest to the fiat currency spigots have the means to accumulate all other assets, including bitcoin / cryptocurrencies.

The net result is that decentralized finance that distributes new currency to miners (those maintaining the blockchain) or similar distribution structures are only decentralized in name; in practice, these currencies are just another asset class that can be bought up by those with access to fiat “money”.

Given that cryptocurrency mining is very capital-intensive, those with capital can dominate the process of accumulating bitcoin via their essentially unlimited lines of low-cost credit. This is how a theoretically decentralized system is centralized by the wealthy who own most of the assets and who have access to low-cost credit. 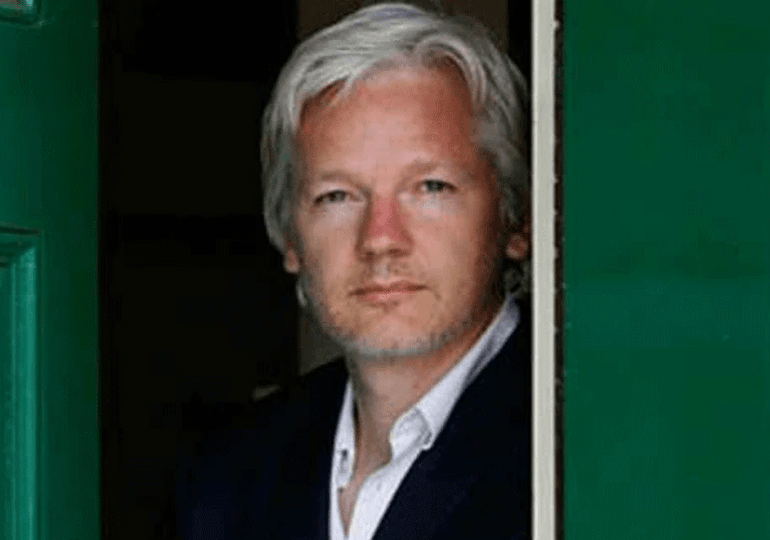 Your Man in the Public Gallery: The Assange Hearing Day 6