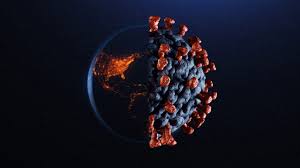 by Michael Bryant, Off Guardian:

All this is a digression. The real power, the power we have to fight for night and day, is not power over things, but over men. How does one man assert his power over another? …By making him suffer. Obedience is not enough. Unless he is suffering, how can you be sure that he is obeying your will and not his own? Power is in inflicting pain and humiliation. Power is in tearing human minds to pieces and putting them together again in new shapes of your own choosing. Do you begin to see, then, what kind of world we are creating?
George Orwell, “1984”

“We become slaves the moment we hand the keys to the definition of reality entirely over to someone else, whether it is a business, an economic theory, a political party, the White House, Newsworld, or CNN.“
B.W. Powe

After more than two years of non-stop bombardment with Covid “news”, there has been none at all in mainstream headlines for over a week. The media giveth and the media taketh away.

Through the immaculate erasure of the ‘Covid Crisis,’ those responsible for these harms are attempting to make us forget what they did to us, our families, and the permanent damage they caused to society.

Think back to what life was like two years ago and imagine if someone told you that a “health emergency” would require a crackdown on all social and economic life.

In order to “keep us safe” government policies mushroomed from innocuous instructions into draconian decrees.

The institution of a bio-security police state was birthed according to health authorities and others the power to quarantine someone considered “infected” or simply to have been in contact with a purported “case.”

To make this appear necessary and acceptable, an intensive full-spectrum psychological assault on our sensibilities was implemented. Covid-19 was hyped as the ‘New Black Death’.

We were told by ‘important-looking people’ that millions will die, the entire planet is in danger, a global response is required and everyone must get in line with the program whilst “heroes” and “experts” take charge of this new global war to keep us safe.

Illogical catchphrases designed to hypnotize the public into a malleable mental state were repeated over and over in every media outlet, across virtually every social institution, and plastered throughout all walks of the public sphere.

“Flatten the Curve”, “The New Normal”, “Social Distancing” and “Follow the Science“ became the nation’s Covid shibboleths. Media bullhorns relentlessly blasted the doublespeak into the public psyche. Oxymorons and euphemisms dominated the contours of any and all “Covid-related” discourse.

Such linguistic manipulations were readily absorbed and seamlessly adopted by much of the public and became the Doublethink phraseology of the Covid Era.

Mantras of the Covid Era were followed by a fleet of psychologically disorienting and arbitrary ‘regulations’, ‘advice‘, and ‘guidelines’ which were quickly put in place, selectively enforced and subsequently changed.

No one was spared.

Children came under sustained psychological attacks, branded ‘super spreaders’, and were told to keep away from the grandparents lest they “kill granny.”

Operating in a fog of psychological trauma, everyone moved through a world devoid of smiles and laughter where faces were hidden by masks and smothered in cloth.

This barrage of brutalizing manipulations was designed to condition us to accept the tyrannical impositions of “The New Normal.” The emotional toll, because of COVID fear-mongering and media hysteria, caused the citizenry to become mentally tamed like institutionalized prisoners who would come begging for “a way out.”

The preordained and only “allowed” exit from this viral nightmare demanded that society embrace the magical “cure” of the “miracle” inoculation. A medical miracle promised to be so effective that it would be required year after year after year.

When not embraced it would be enforced.

One of the striking characteristics of the media blitzkrieg surrounding the Covid “pandemic” – or, to be more precise, the reporting of the “pandemic” – is how it so easily resembled the “War on Terror” or indeed, any war, when considered purely in terms of its effect.

Mask wearing became a patriotic duty. “Security theater” became a feature of everyday life. The vast carnage of Covid policies was sloughed off as “collateral damage.”

Lost in the sound and fury of this media bombardment were evidence, observation, and measurement– 3 of the key pillars of science.

These were replaced by make-believe forecasts, computer-generated estimates, or other not to be questioned ‘scientific metrics’ that hospitals would be over-run, mortuaries would spill into the streets and crematoriums would run out of fuel disposing of all the bodies.

Even as direct observation and real scientific data showed none of this to be true, the public health apparatus and media juggernaut ensured the public would not be exposed to such heresy.

A digital curtain of mass McCarthyite-like censorship descended upon this “Brave New World” of fact-free hysteria.

No amount of evidence could slow the propaganda machine which remained in high gear spitting out a non-stop stream of sanctimonious slogans and exaggerated death tallies.

UFO 80 to 90 feet across – encounter near Umvuma, Zimbabwe 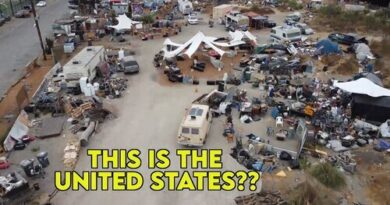