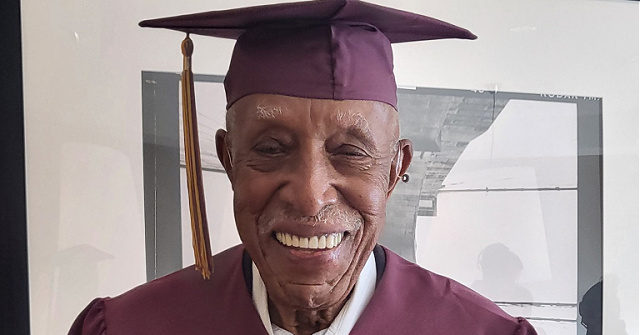 A 101-year-old man who hails from West Virginia recently received his high school diploma more than 80 years after being forced to drop out when his family moved for “financial reasons.”

Storer College was founded in 1867 with the goal of providing an education to former slaves in the Shenandoah Valley in the aftermath of the Civil War, West Virginia Public Broadcasting reported. The school educated 7000 students in its 88 years of operation before closing in 1955, the National Park Service said.

While at Storer College, Cooper studied English, Latin, math, biology, and history, but during his senior year, “life circumstances intervened when he moved with his mother to Philadelphia for financial reasons,” JCS said.

Cooper told the Washington Post that he knew his single mother could not come up with the final tuition payment, so he suggested they relocate to Philadelphia to be near family.

“She worked so hard, and it all became so difficult that I just decided it would be best to give up continuing at the school,” he said.

Cooper stayed in Philadelphia for 50 years, working in transportation and eventually becoming a union vice president, the JCS said.

“I got so involved in working and making a living that my dreams went out the window,” he told the Post.

In 2018, Cooper visited the former Storer campus, which is now part of Harpers Ferry National Historical Park, and voiced remorse over not obtaining his diploma.

“Cooper’s family members reached out to park staff, who began a process of collaboration with local, regional, and state entities to honor Mr. Cooper, his time at Storer, and his life beyond its campus,” JCS said.

JCS worked with the Storer College of National Alumni Association, the Harpers Ferry National Historical Park, and the West Virginia Department of Education to get Cooper his high school diploma. The 101-year-old received the degree during a ceremony with his extended family on March 19, the JCS said in a Facebook post. The ceremony took place in Jersey City because Cooper now lives in Union City, NJ, the Post noted.

“I can’t think of a happier day,” the 101-year-old high school graduate told the outlet.

“Jefferson County Schools is committed to helping every student, young or old, fulfill their dreams,” said JCS Superintendent Bondy Shay Gibson-Learn in the JCS release. “For Mr. Cooper, that meant receiving a high school diploma. We are honored to help make that dream a reality.” 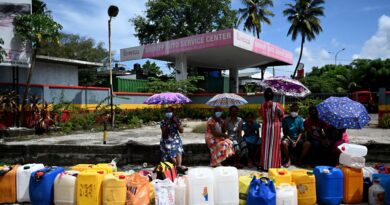 Hedge Fund CIO: Biden Is Already As Unpopular As Trump And The Fed Is Only Just Staring QT

JPM Trading Desk Asks If Zelensky Is Close To Capitulation