— and likely much higher

The Tech-Pharma complex in Australia has gone to extreme lengths to cover up and outright deny injection-related deaths and injuries.

By T.J. Coles and Ethan Nash.

The number of COVID injection-related deaths and injuries is likely to be much higher than reported and acknowledged. But even the probably-underreported number of deaths attributable to the jab is much higher than usually tolerated by health authorities for vaccinations.

Big Pharma has, self-evidently, rushed its new injectable products in order to profit, bypassing typical clinical trial procedures. Public health officials have buried the risks and censored those speaking out.

Their motives are a combination of corruption and, in their minds, weighing the risks of a rushed injection against the perceived benefits of fighting the pandemic.

Some believe that there is a biofascist elite operating behind the scenes with even more nefarious objectives.

The Australian Department of Health’s Therapeutic Goods Administration (TGA) says it has:

So, they admit that 751 reports were received, but they state that “only” 11 of those deaths were attributable to the injections.

The TGA’s information on known adverse side-effects, such as Myocarditis and more, is preceded by the statement: “…most reports of side-effects are observed with vaccines generally.”

Can we really trust the numbers released by the TGA?

The TGA is Australia’s regulatory authority for therapeutic goods.

Each week since the injection rollout began, the TGA has released reports containing the ‘data’ on how many adverse events were recorded, as well as how many doses have been administered.

The TGA relies on voluntary submissions of adverse events to these vaccines. That is to say that it is only passively gathering data. The accuracy of its published data is only accurate in the sense it’s providing data to the public that was submitted to them.

Australia has a flawed reporting system – the Database of Adverse Event Notifications (DAEN). Information for this system comes from reports made to the TGA by patients, consumers, health professionals and sponsors of medicines.

This platform exists to monitor trends and gather data to send to WHO and other advisory boards for legal analysis, safety research and more.

They also state in regards to medicines: “Adverse event reports from consumers and health professionals to the TGA are voluntary, so there is under-reporting by these groups of adverse events related to therapeutic goods in Australia.”

This underreporting prevents Australians from seeing the full picture when it comes to real-world data, and questions arise when examining what is in fact released by the TGA.

If we are to take the American reporting system as an example of what could possibly be happening here in Australia, then we have a serious issue on our hands.

Let’s start with the ‘official statistics’.

Today, 214 million Americans have been double-jabbed. According to the U.S.Vaccine Adverse Event Reporting System (VAERS), an appalling and likely underreported number of deaths following injections for COVID-19 is over 9,400.

This is 0.004 percent of the jabbed US population.

In Australia, the official injection death toll is 11 of as January this year.

But the health and age of Australians compares to Americans in terms of life expectancy, rates of obesity, hypertension, diabetes, and other factors that seem to affect COVID deaths and injury.

Ergo, there is little difference between Australians and Americans.

So, if the VAERS 0.004 percent figure is correct for Americans, we can apply it to Australians.

Australia has a population of nearly 26 million. Around 88% of Australians (22.8 million) are double-jabbed, according to the ‘data’. (This can be calculated by finding the approximate average between the 98% in Capital Territory and the 79% in Western Australia.)

900 deaths is an 80x increase to what has officially been reported.

If the official toll is 11 and this new estimate is closer to 900, then the TGA has underreported.

The 900 estimate is also closer to the >700 reported total deaths investigated by the TGA.

Further, given known underreporting by the TGA, it could also likely be much higher than this.

Do you believe that the number of Australian deaths is 99% smaller than 0.004% of the jabbed population?

Because only a fraction of events are reported to the TGA, many individuals have been sharing their stories on social media platforms in the hope that their experiences are heard.

These stories highlight that events are occurring at a larger rate than reported by authorities.

One way we can investigate deaths further by attempting to uncover the true number of adverse reactions that have occurred, which could further shed light on what is being missed by the TGA.

“Led by the National Centre for Immunisation Research and Surveillance (NCIRS) and funded by the Australian Government Department of Health, AusVaxSafety is a world-leading national vaccine safety system”.

AusVax Safety send out SMS messages to those injected on the third day after they’ve been jabbed and ask recipients to report any adverse events to their system.

This three-day window of adverse events being reported to AusVaxSafety is not much better than the TGA’s passive style, however, may give us more information on occurrences that have taken place around the injection date that the TGA have not reported on.

Although death statistics are not highlighted, AusVaxSafety shows adverse events at a rate of more than 100 times higher than the TGA (44.8% v. 0.22%)!

The TGA has recorded 100,000 adverse events (common to serious) from 45 million doses.

However, if 44.8% of 6,166,216 AusVaxSafety surveys have reported an event, this would mean that at least 2,740,065 respondents have experienced an adverse occurrence.

Why are the TGA numbers significantly lower than AusVaxSafety?

Could this also mean the TGA are missing events of death that occur around the injection date as well?

What happens if someone dies before the 14 day period to be classified as ‘vaccinated’?

Let’s not forget that death classification is also a murky area.

How many reports of death have truly been missed?

A classic tale of a wall of deception the world’s health regulators hide behind.

The Tech-Pharma complex that includes Big Data has gone to extreme lengths to cover up and outright deny injection-related deaths and injuries.

If one Googles “vaccine deaths Australia,” for instance, depending on one’s search history, the results tend to produce pages of MSM headlines about allegedly false news stories.

Next, the researcher is bound to encounter the armies of self-styled “fact-checkers” who debunk outrights lies, but when trying to debunk the truth end up distorting reality and sometimes lying themselves.

When it comes to COVID injections, people have fallen into two camps: either/or. Either the injections work and are safe or they don’t work and are killing people. As usual, the truth is somewhere in between.

What we can be sure of, however, is that the number of adverse reactions, including deaths, is far higher than would normally be tolerated by health authorities.

Dr. T.J. Coles is the author of several books, including — The War on You. 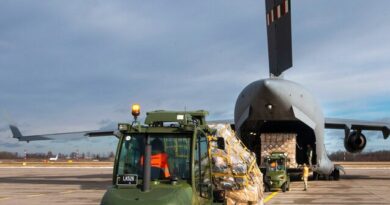 Report: Europe Approaching US with ‘Shopping List’ of Weapons 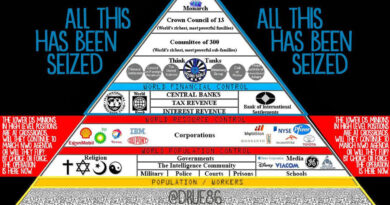