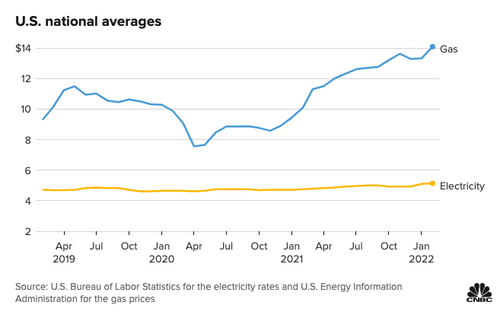 Gasoline prices are at record highs, and some Americans wonder whether electric vehicles are cheaper to recharge than filling up the tank of a car with an internal-combustion engine.

CNBC ran the numbers and found it’s much cheaper to charge an EV than a gasoline one for the average range of 100 miles.

The chart below shows average recharging rates indexed on a national level for a 100-mile range for an EV versus the gas price. Notice how the cost of electricity has remained relatively mute over the last several years. As for gasoline, as soon as the Biden administration took over the White House in early 2021, gas prices rose and have exponentially jumped since Russia invaded Ukraine last month.

Even though EVs appear much cheaper to operate than gasoline vehicles, the Biden administration has been absolutely tone-deaf about how average Americans can afford expensive EVs, such as Teslas.

Vice President Kamala Harris and Transportation Secretary Pete Buttigieg have been on a media parade championing EVs are the “future” while gas prices soar.

We’ve noted in the last several weeks that Tesla has had to raise the prices of their vehicles multiple times (read: here & here) because of soaring industrial metal costs associated with battery production. Increasing prices have widened the gap between purchasing a new EV and an internal combustion engine vehicle.

Rich people who can afford a Tesla or other EV equivalents from another manufacturer don’t exactly have it made in what the Biden administration portrayed as ‘going green’ as utopia. Logistical nightmares and bottlenecks at some charging stations across the country have left some people waiting in line for hours for a charge. Meanwhile, even though gas prices are high, it only takes a few minutes to fill up a gas tank.

Extremely long line to take an hour to charge…this is the solution if you have servants pic.twitter.com/5lFiU9DbFY

The very rare time as a Tesla owner I wish I could pay $6/gallon for gas and be on my way. We need more super chargers @elonmusk pic.twitter.com/qmxbghkycO

Many people overlook the fact that charging up your Tesla is not cheap or quick.

Charging stations are not free. You pay per kWh & like this video highlights, the wait can be long. Charging at home will increase your electric bill.https://t.co/rEVNZmRzQg

If you’ve made the switch, congrats, you’ll want to live in these states where financial incentives to purchase and maintain EVs and access to charging ports are plentiful, according to consumer research firm Bankrate.

Here are the worst states.

So while there are perks to EV ownership, the most significant barrier is the cost of entry into purchasing one, which most Americans can’t afford. 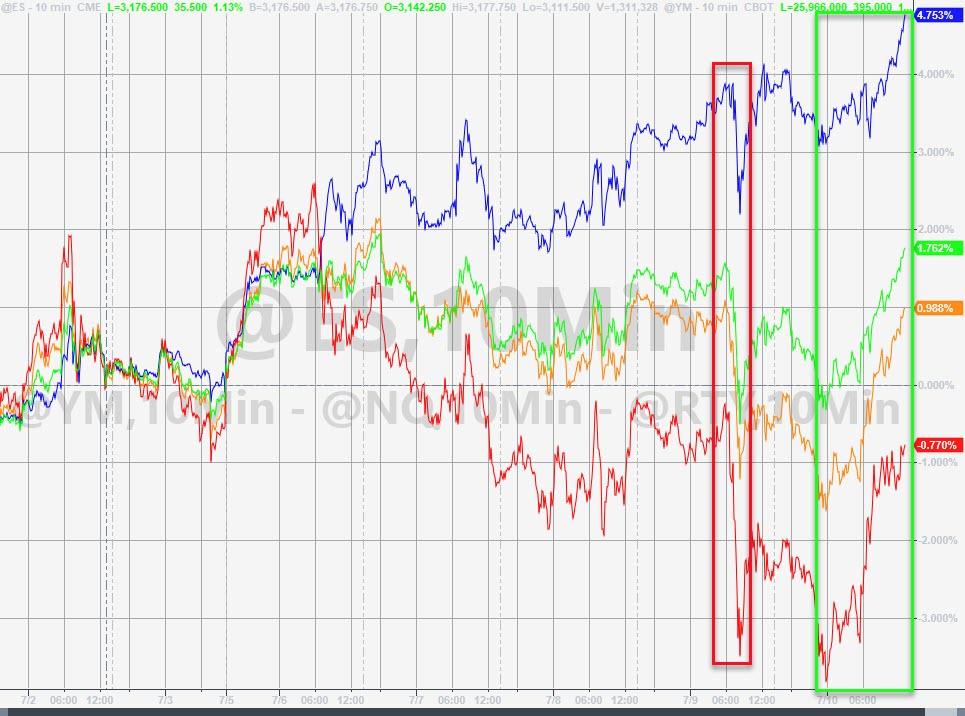