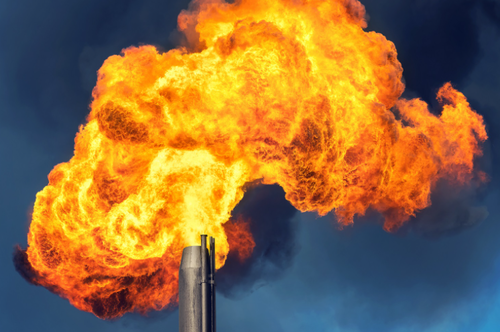 In a move that is surely going to be some type of new microaggression for environmental activists, Exxon has begun a pilot program to use its excess natural gas to power power cryptocurrency-mining operations.

The oil and gas supermajor has started to program using excess gas that would “otherwise be burned off from North Dakota oil wells”, according to a new report from Bloomberg. But the company has plans to potentially expand the idea globally, if it catches on and is found to be worthwhile.

Exxon has a new agreement with Crusoe Energy Systems, the report says, to use gas from an oil well pad in the Bakken shale basin to power mobile generators. The pilot project reportedly began in January 2021 and expanded in the summer of last year.

The mining operation uses “up 18 million cubic feet of gas per month” that otherwise would have been burned off or flared.

An official Exxon spokesperson said: “We continuously evaluate emerging technologies aimed at reducing flaring volumes across our operations.” She said the company wouldn’t comment on “rumors and speculations regarding the pilot project.”

Exxon has said it intends to meet the World Bank’s call to end routine flaring by 2030.

Its partner, Crusoe, is backed by Bain Capital, the Winklevoss brothers and former Tesla VC Valor Equity Partners. The company has 20 portable engines permitted for use in North Dakota, of which Bloomberg notes that 11 have operators. Crusoe also has similar projects in place for Equinor and Devon Energy.

“It is creating use of what would be otherwise wasted,” said Danielle Fugere, president of As You Sow, an environmental shareholder-activist group. But still, her praise was qualified by stating that it would “be better if the company worked more aggressively to transition away from fossil fuels”.

It’s Official: Deutsche Is The First Bank To Forecast A US Recession In Late 2023 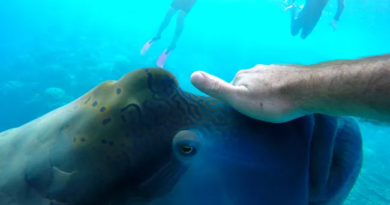 Why the humphead wrasse is endangered