Here we are, almost halfway through 2022, and the semiconductor crisis that was supposed to have been dealt with by this point is still stinging the auto industry. While it was the pandemic that first tossed the industry into turmoil, the war in Ukraine has ensured the shortage won’t stop anytime soon, according to a new report from Nikkei.

Automakers like Toyota and Nissan are still grappling with higher costs and struggling to ramp up output, the report says. In total, Japan’s manufacturers “face an increase in raw materials costs of around 1.4 trillion yen ($11.5 billion) for the year through March,” the report says.

Seiji Sugiura, an analyst at the Tokai Tokyo Research Institute, commented: “Carmakers are expected to absorb some of the rise in costs through cost-cutting efforts, but it will be difficult to absorb all the increases.”

Sanshiro Fukao, a senior fellow at the Itochu Research Institute, added about the supply chain for building automobiles: “The premise that ‘if you place an order, parts will be immediately delivered’ is collapsing.”

And even as some parts have become unavailable, raw materials for other parts have skyrocketed in price. For example, palladium, nickel and aluminum have all surged to record highs this month. The metals are used in automobile catalytic converters, batteries and other car parts.

The price hikes are likely due to the fact that 40% of palladium production comes from Russia, Nikkei notes. This has forced auto manufacturers to abandon buying from Russia and seek out alternative sources.

Some demand for palladium will eventually wane due to the adoption of electric vehicles, Mikio Fujita, senior market analyst for Johnson Matthey, said. But for now, that doesn’t help automakers. Fujita commented: “As the auto industry shifts to electric vehicles, catalyst demand is expected to gradually shrink in the long run.”

Nickel, on the other hand, is expected to see a significant increase in demand thanks to the adoption of EVs. “This has led to an even tighter market and premiums are soaring to record high levels in Europe,” one trader told Nikkei.

Russia is also the world’s number 2 aluminum producer, accounting for 5% of global output. “These metals are not as essential as oil and therefore are more likely to be exposed to supply risks or to become a target of sanctions,” Takayuki Honma, chief economist at Sumitomo Corporation Global Research, commented.

The rising cost of raw materials means that price hikes will be passed on to consumers. Honda CFO Kohei Takeuchi explained: “We usually absorb the costs through our internal efforts to cut costs, but the rise is too large to do so.”

“Are We There Yet”: Has The Market Hit Peak Capitulation 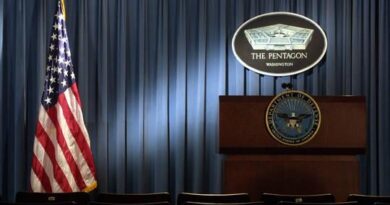